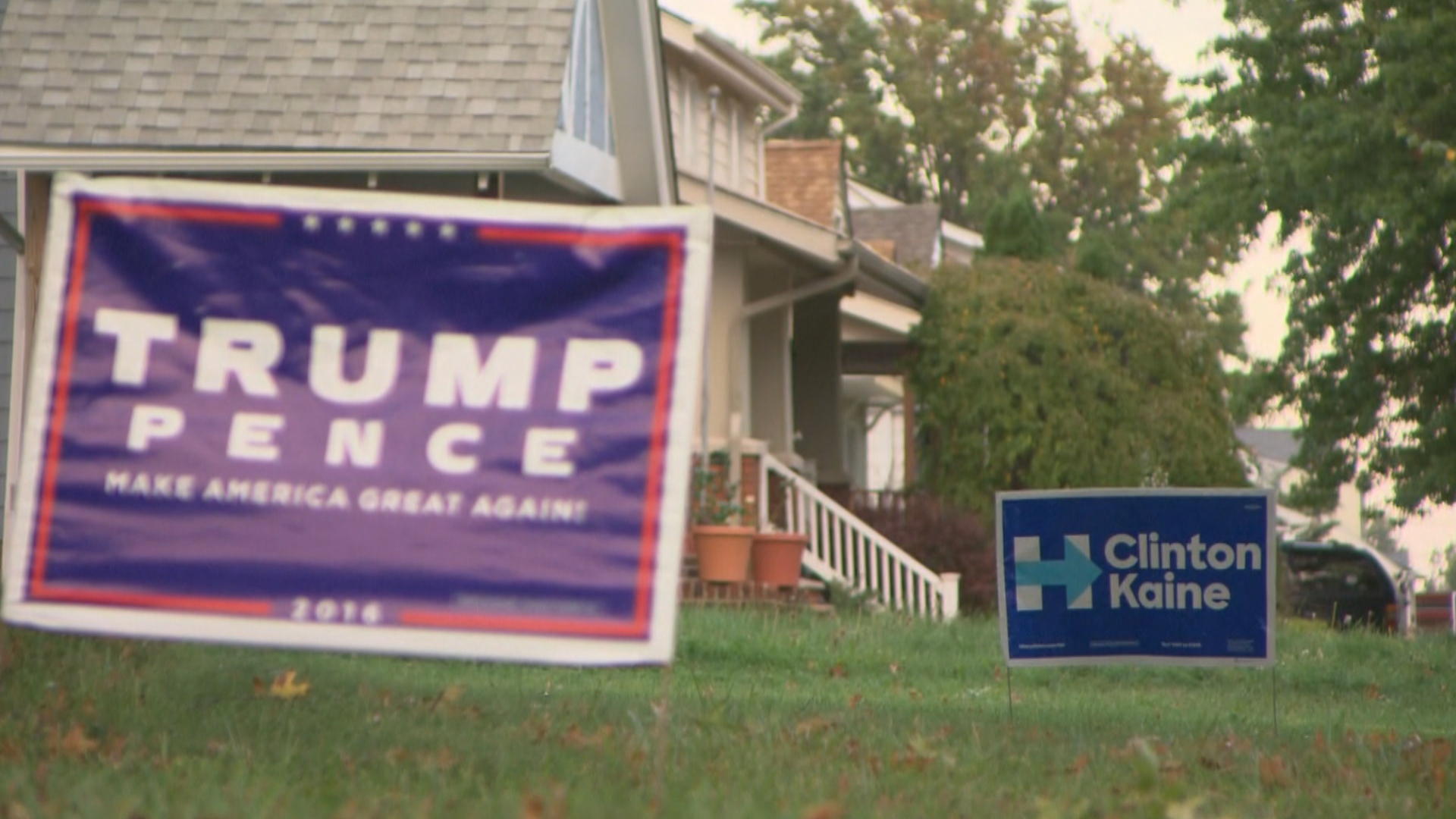 With Election Day just two weeks away, voters in battleground states are being bombarded by a relentless barrage of campaign ads and phone calls.

In Ohio, some people are so fed up they’ve stopped watching TV and answering the phone, Mark Strassmann reports. The siege has been going on for months here, and people polarized about the candidates agree on one thing: they’re sick of the whole thing.

On average throughout Ohio, ads for Donald Trump or Hillary Clinton run on local television every three minutes — more than 54,000 of them since June.

Betti Drake is a registered Democrat who leans conservative.

“If you get up at 7 a.m., by what time have you heard your first ad?” Strassmann asked.

“And then you hear them all day long?” Strassmann asked.

They’ve tried turning off the TV. But these campaigns will hunt you down.

“You get calls all day long from numbers you don’t recognize,” Strassmann said.

“This has been going on for a year,” Strasmann said.

And then, as if on cue, Drake’s phone went off during the interview.

“So what you think that phone call was?” Strassmann asked.

Lots of campaign mail shows up. Sometimes, strangers stop by.

“From the Clinton campaign,” Drake said.

“And what did you do?” Strassmann asked.

“Actually my husband chased her away,” Drake said.

“Does this kind of blitz work?” Strassmann asked.

“When you have as many ads as voters in Ohio see, the marginal benefit of each additional add is basically nothing,” Buchler explained.

Over the last four months, the two campaigns have spent more than $32 million on ads in Ohio, but that hasn’t changed Merriam’s and Drake’s minds one bit.

“It’s a lot of noise for nothing,” Drake said.

It is important to note that Clinton ads outnumber Trump ads more than three to one in the state.

Betti Drake, the registered Democrat, will vote for Trump. Linda Merriam, the Independent, is still thinking it over.

Right now, they’re much more focused on something else: the World Series, as the Indians and Cubs face off in game one Tuesday night in Cleveland.