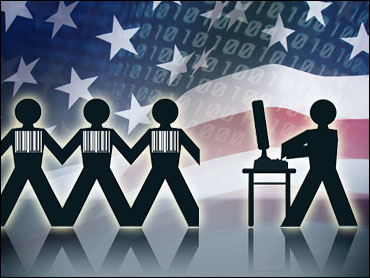 With the 2010 census fast approaching, computer glitches, operational missteps and ballooning costs could overwhelm the government's ability to conduct the once-a-decade count of the nation's population, congressional investigators said Thursday.

Reports released by the Government Accountability Office show critical preparations for the 2010 census are behind schedule and the Census Bureau has no clear strategy for improving the count of hard-to-reach minorities.

The reports are the latest to highlight difficulties for the census, which now costs $14 billion and has been beset by partisan bickering. Disagreements over the handling of the census were part of the reason that President Barack Obama's pick as commerce secretary, Sen. Judd Gregg, withdrew his name last month.

The GAO found that the bureau had failed to complete checks on several of its systems that are used to compile address lists that will be critical to mailing out census forms, canvassing homes and following up with people who don't submit responses.

Partly faulting a lack of "executive-level oversight," the GAO said the bureau, which has been operating without a permanent director since January, had set questionably short timelines for completing its work that would put it behind in delivering maps to field offices.

Investigators also found the Census Bureau lacked specific plans to improve participation from minorities. They noted a special challenge in reaching out to Latinos and people of Middle Eastern descent, who could be particularly skittish due to immigration raids and other stepped-up law enforcement since the Sept. 11, 2001, terrorist attacks.

"Uncertainties surround the bureau's readiness for 2010," wrote Robert Goldenkoff, GAO's director of strategic issues, who was testifying Thursday in back-to-back oversight hearings in the House and Senate.

"At a time when major testing should be completed and there should be functionality of key operations, the bureau instead finds itself managing late design changes and developing test plans," he said.

Thomas Mesenbourg, the Census Bureau's acting director, told Congress he was taking steps to fix some of the mistakes and remained confident that preparations remained on track. He noted that the bureau was now training 140,000 employees for address canvassing, the first major operation in the 2010 census, which begins later this month.

"Let me stress that the Census Bureau is on solid ground as the 2010 census begins," Mesenbourg said in prepared testimony to a House Oversight and Government Affairs subcommittee. "We are poised to meet the enormous challenges in front of us."

In its 2010 budget request, the Obama administration increased Commerce Department funding by $4.5 billion to ensure it has "the resources it needs to complete the 2010 Decennial Census effectively, efficiently and on time." The department, which oversees the Census Bureau, also received $1 billion in the economic stimulus package.

Mr. Obama has yet to name a new Census Bureau director to lead the high-stakes count, which will be used to redraw congressional districts and distribute federal money. Last week, Obama introduced former Washington Gov. Gary Locke as his nominee for commerce secretary after Gregg withdrew.

Early attention to head the Census Bureau focused on Kenneth Prewitt, a former director who led the 2000 census, but Prewitt last month withdrew his name from consideration.

After Gregg was nominated in February, black and Latino groups questioned his commitment to the Census Bureau given his past record in seeking to limit the agency's budget. That prompted the White House to indicate it might take greater control over the bureau.

But amid GOP criticism - and after the nomination of Locke, an Asian-American - the White House clarified that it will "work closely with the census director" and said the Census Bureau would not be removed from the Commerce Department.

House GOP leaders have since called for a census free from "partisan interference" from White House chief of staff Rahm Emanuel, the former chairman of the Democratic Congressional Campaign Committee. The lawmakers threatened to file a lawsuit if the White House becomes overly active in deciding how the 2010 census is handled.