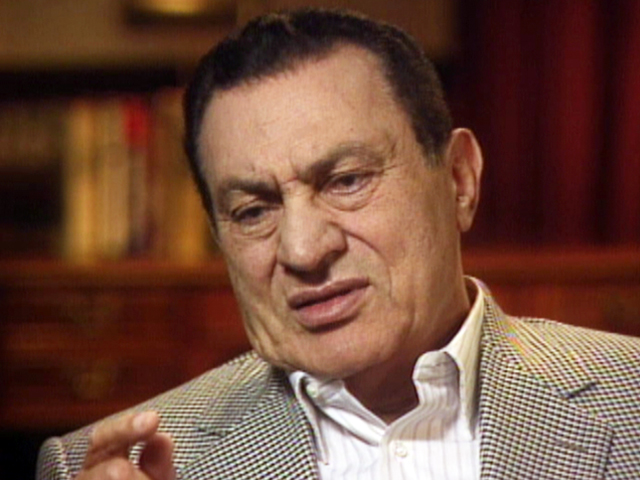 In June 2002, "60 Minutes" correspondent Ed Bradley caught up with Egyptian President Hosni Mubarak at Andrews Air Force Base. Mubarak's helicopter had just landed from Camp David, where he'd been meeting with President George W. Bush about the Israeli-Palestinian conflict. In light of Egypt's uprising against the Mubarak regime, now raging in the streets for nearly two weeks, this excerpt of Bradley's conversation with Mubarak is a fascinating glimpse into a complicated relationship between allies.

Egyptians Riot in the Streets in 1977

Photos: Mubarak and the U.S.

Mubarak explains why he believes Americans are hated in the Arab world, how to stop suicide bombers, and how a U.S. invasion of Iraq could compromise his political situation.