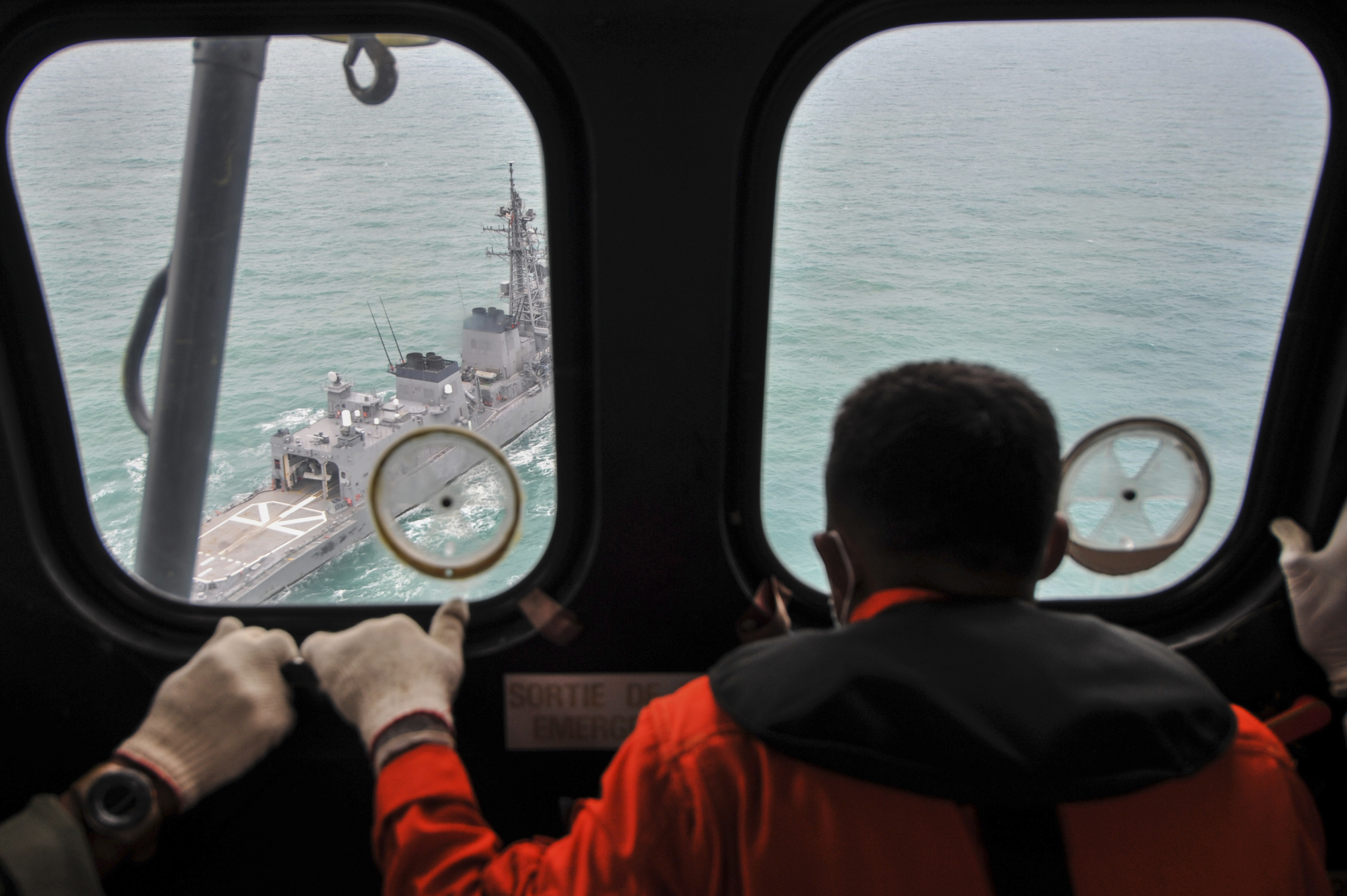 PANGKALAN BUN, Indonesia -- The bodies of two more victims of the AirAsia crash near Indonesia have been found, bringing the total to 39.

There are concerns that it will become harder to find the bodies of the rest of the 162 people who were on board Flight 8501 when it crashed into the Java Sea on Dec. 28.

Strong currents are already forcing Indonesia to expand the search area, as rough seas and bad weather make it more difficult to reach what are believed to be chunks of the plane on the ocean floor.

"Time is of the essence," said the National Search and Rescue Agency's director of operations, Suryadi B. Supriyadi. "But it seems like it is hard to beat the weather."

He says an American ship, the USS Fort Worth, has detected two large metal objects on the seabed at a depth of about 92 feet, and is trying to identify them.

Seven large objects have now been located on the ocean floor that could be pieces of the fuselage, but strong currents, silt and mud have kept divers from seeing or reaching them.

No pings have been detected from the plane's all-important cockpit voice and flight data recorders. That's because high waves have prevented the deployment of ships that drag ping locators.

The batteries in the pingers on the black boxes are likely to go dead in about 20 more days.

"We are confident that rescuers would be able to locate them in time," said Nurcahyo Utomo, an investigator for Indonesia's National Committee on Transportation Safety.

The search for the remaining 125 bodies has been exhausting for family members anxiously waiting to identify and bury their loved ones.

Eight Islamic clerics flew in a helicopter over the site Tuesday and scattered rice into the sea, a local tradition, and prayed for those who perished.