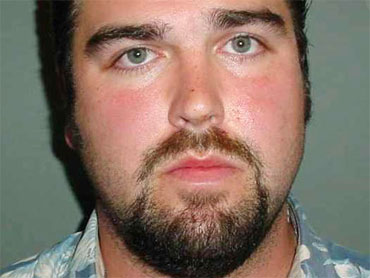 (CBS) COSTA MESA, Calif. - Police have arrested two people they suspect of having been accessories after the fact in the 2010 double murder and dismemberments of an Afghanistan veteran and his friend.

According to the Daily Pilot newspaper, prosecutors announced on Friday that two unnamed suspects were charged in connection with the murders of Samuel Herr, 26, and Juri Kibuishi, 23.

"Someone had the opportunity to contact the police or knew there was evidence of a crime and failed to do so," said Costa Mesa police Lt. Paul Dondero of the arrested suspects.

Dondero said neither arrestee is suspected to have planned or participated in the murders, reports the Daily Pilot.

27-year-old Daniel Patrick Wozniak, a neighbor of Herr's, has been charged with both murders. Prosecutors allege that Wozniak lured Herr to Los Alamitos Joint Forces Training Base and murdered him in a theater there. Parts of Herr's body, including his head, were later found in a nearby park.

Wozniak then allegedly used Herr's phone to text Kibuishi, telling her to come to Herr's apartment. Wozniak is accused of murdering Kibuishi in the apartment and removing her clothes to try and make the attack look sexual.

According to the newspaper, Wozniak's preliminary hearing was to take place Friday, but his public defender asked for more time to prepare after reportedly obtaining new video evidence.