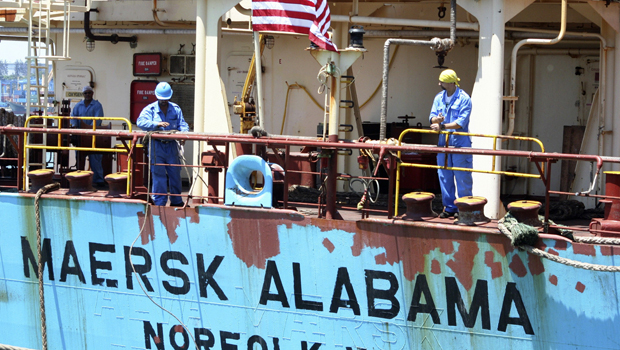 NAIROBI, Kenya -- Police on the island nation of Seychelles say that two former U.S. Navy SEALs found dead aboard the ship Maersk Alabama died of respiratory failure and were suspected to have had heart attacks, possibly from drug use.

The police said Monday that a syringe and traces of heroin were found in their cabin. Police said samples are being sent to Mauritius for analysis to establish if the men had consumed "a substance" that could have caused the health failures.

The ship the men worked on, the Maersk Alabama, was the focus of a 2009 hijacking dramatized in the movie "Captain Phillips."

The U.S. Coast Guard is also investigating the deaths.

The two men worked for U.S.-based Trident Security, according to police. Former military personnel frequently provide security on board ships sailing through the waters off Somalia to provide security against pirate attacks.