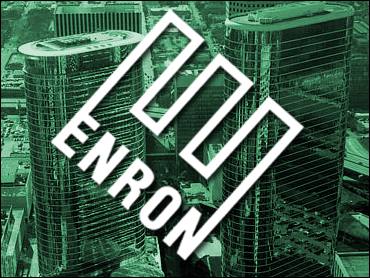 Two of three former Enron Corp. traders accused of driving up energy prices during California's power crisis were each sentenced Wednesday to two years of court-supervised release in federal court.

Timothy Belden, the former head of trading in Enron's Portland, Ore., office, was sentenced after pleading guilty in October 2002 to one count of conspiracy to commit wire fraud. Belden's plea was the first prosecution of anyone related to the West's energy crisis in 2000 and 2001. He had faced up to five years in prison, and must forfeit $2.1 million.

The second defendant, Jeffrey Richter, was a lower-level trading manager in charge of the so-called "short-term desk" who also pleaded guilty to two counts related to manipulating energy prices. He had faced up to five years and agreed to pay a $410,000 fine.

The alleged mastermind behind the scheme, John Forney, is expected to be sentenced next month for his role in the scam that fraudulently sent California energy prices soaring, causing energy shortages and rolling blackouts.

Internal company memos describe how Belden's trading unit took power out of California at a time of rolling blackouts and shortages and sold it out of state to elude price caps, according to documents obtained by investigators.

Enron bought California power at cheap, capped prices, routed it outside the state, then sold it back into California at vastly inflated prices, authorities said. The sham trades were designed to circumvent the California-only price caps on wholesale energy.

Prosecutor Laurel Beeler said the government sought lenient sentences for Belden and Richter because of their "extraordinary assistance" in the investigation. Beeler said the two gave hundreds of hours of their time to help authorities understand the scheme, assisting in the government's successful case against Enron's chairman Ken Lay, CEO Jeff Skilling and dozens of others.

Beeler, however, said it was unclear how much the energy trading scheme cost ratepayers.

"Calculating a particular loss to that activity is difficult," she told U.S. District Judge Martin Jenkins.

Forney, the manager of Enron's trading desk, pleaded guilty to one of 11 charges in exchange for his cooperation and is to set to be sentenced in March. He pleaded guilty to wire fraud — specifically, that he promised to supply energy Enron did not have and improperly collected electrical grid management fees for Enron.

Enron's scheme to charge fees for services it did not provide was known inside the company as "Forney's Perpetual Loop," the indictment said. Forney also took part in other schemes — known within Enron as "Death Star," "Get Shorty," "Ricochet" and others — that had the effect of inflating consumer prices.

Transcripts of Enron energy traders showed them openly discussing manipulating California's power market during profanity-laced telephone conversations in which they merrily gloated about ripping off "those poor grandmothers" during the energy crunch.

On the calls, other traders openly and gleefully discussed creating congestion on transmission lines and taking generating units off-line to pump up electricity prices. They also kidded about Enron's hefty political contributions — particularly to President Bush's campaign — and how that could translate into more opportunity for profit in California.