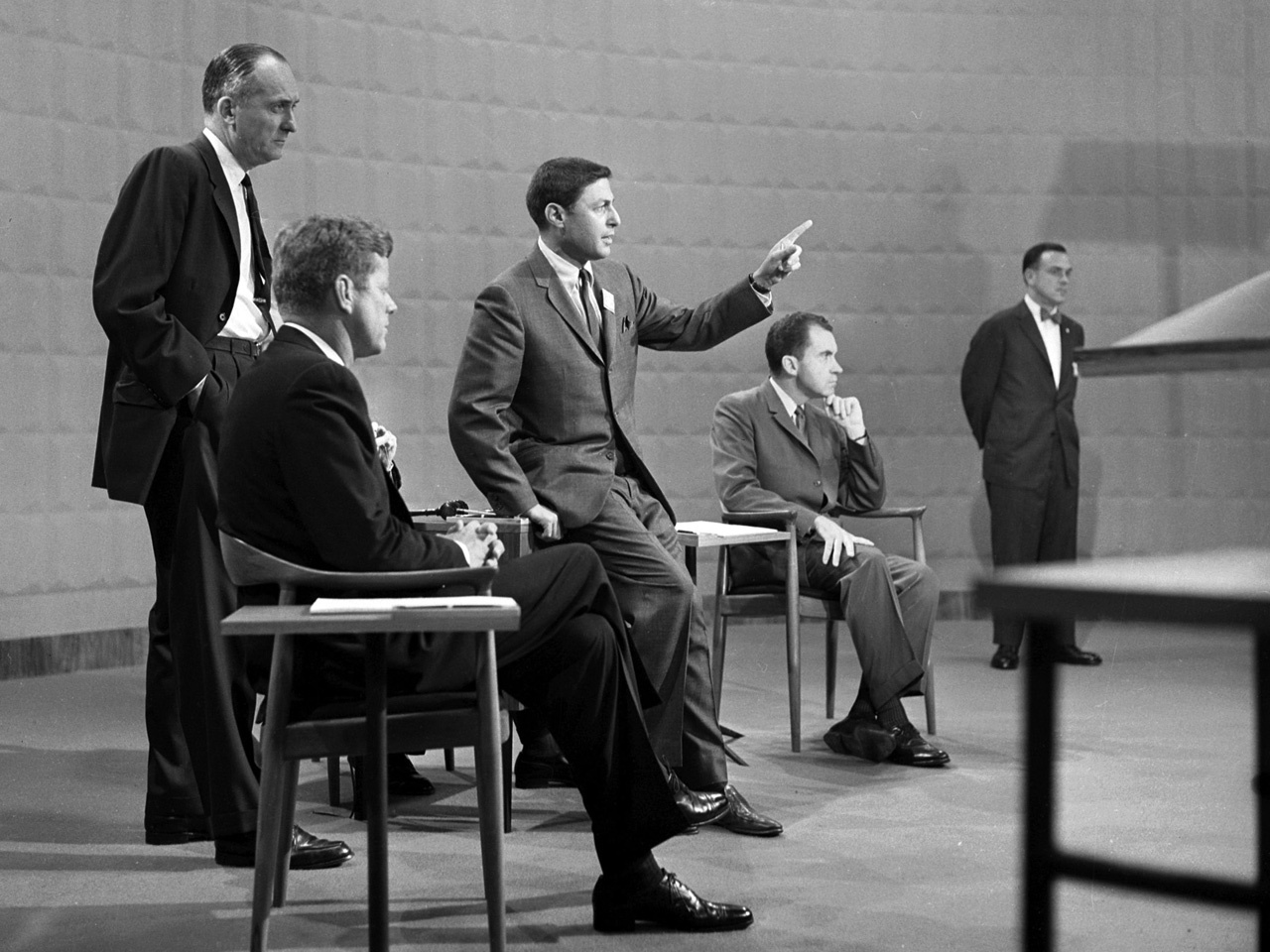 If you were watching television on the night of Sept. 26, 1960, you probably thought that the young Sen. John F. Kennedy had won that night's presidential debate. Yet if you heard the event on radio, Vice President Richard M. Nixon was the clear winner.

That was the assessment of 60 Minutes founder Don Hewitt, the producer-director of the first-ever televised presidential debate.You can see Don directing the action in this behind-the-scenes footage, taken before this historic debate.

Don said that in the end, Kennedy triumphed due to appearances: Kennedy, "looking tan and fit...this guy was a matinee idol," vs. Nixon looking "like death warmed over," sweating and in pain, and pale from a recent hospitalization.

Don also attributed Kennedy's debate victory to his greater preparation. "Kennedy took it seriously," Don recalled in a 1997 interview with the Archive of American Television. "Kennedy knew it was going to be important. He rested that afternoon. Nixon made a speech to the Carpenters Union that day in Chicago -- thought this was just another campaign appearance that night -- was ill. Arrived at the studio, banged his knee when he got out of the car, was in pain, looked green, sallow, needed a shave."

"Should a presidential election turn on makeup? No, but this one did," Don said, because by refusing makeup, Nixon looked pale and unhealthy compared to Kennedy. With the increasing power and pervasiveness of television in America, both appearances and preparation were never again ignored whenever a television camera came within range of a candidate.

Before you tune in to tonight's debate at 9 p.m. ET on CBS News, listen to Don Hewitt talk about the 1960 debate in his interview with the Archive of American Television.