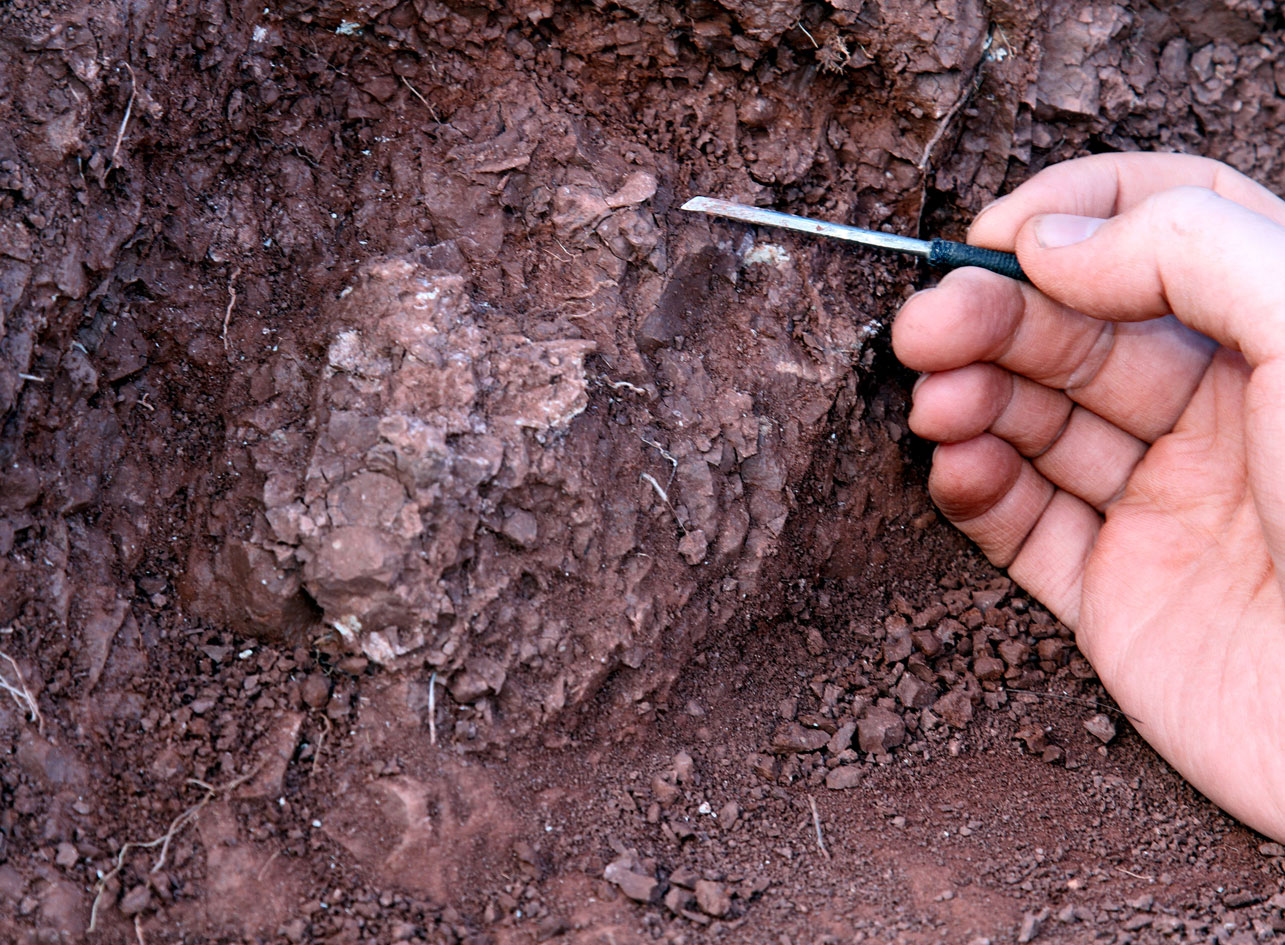 LOS ANGELES Recently discovered dinosaur embryos are giving scientists their best glimpse yet into how the ancient creatures developed.

The 190-million-year-old fossils unearthed in China belonged to Lufengosaurus, a long-necked, plant-eating dinosaur known for its gigantic size, with adults reaching 30 feet long.

A detailed look at more than 200 bones from 20 individual animals at various stages of development revealed they grew much more rapidly inside the egg than other dinosaurs and flexed their muscles in much the same way as birds and humans.

While not a complete surprise, "we are thrilled that we could document this for the first time for an extinct animal," said University of Toronto paleontologist Robert Reisz, who led an international team that excavated the remains in southwestern China.

The embryos were the same age as a separate set of fossils that Reisz reported about in 2005 from South Africa and were hailed at the time as the oldest dinosaur embryos ever found. The two types of dinosaurs, which roamed during the early Jurassic age, were close relatives.

The latest discovery was published in Thursday's issue of the journal Nature. The cache of bones was uncovered three years ago, but it has taken this long to analyze them - not an unusual lag time for dinosaur finds.

In the earlier discovery, the embryos were curled up inside the eggs and scientists were not allowed to remove the skeletons. The new collection contained bones that were scattered, letting researchers examine them in finer detail.

The latest embryos were not in as pristine condition as the previous find, noted University of Maryland paleontologist Thomas Holtz, who was not part of the discovery team.

But they have allowed scientists to chart dinosaur growth, which wasn't possible before, Holtz said.