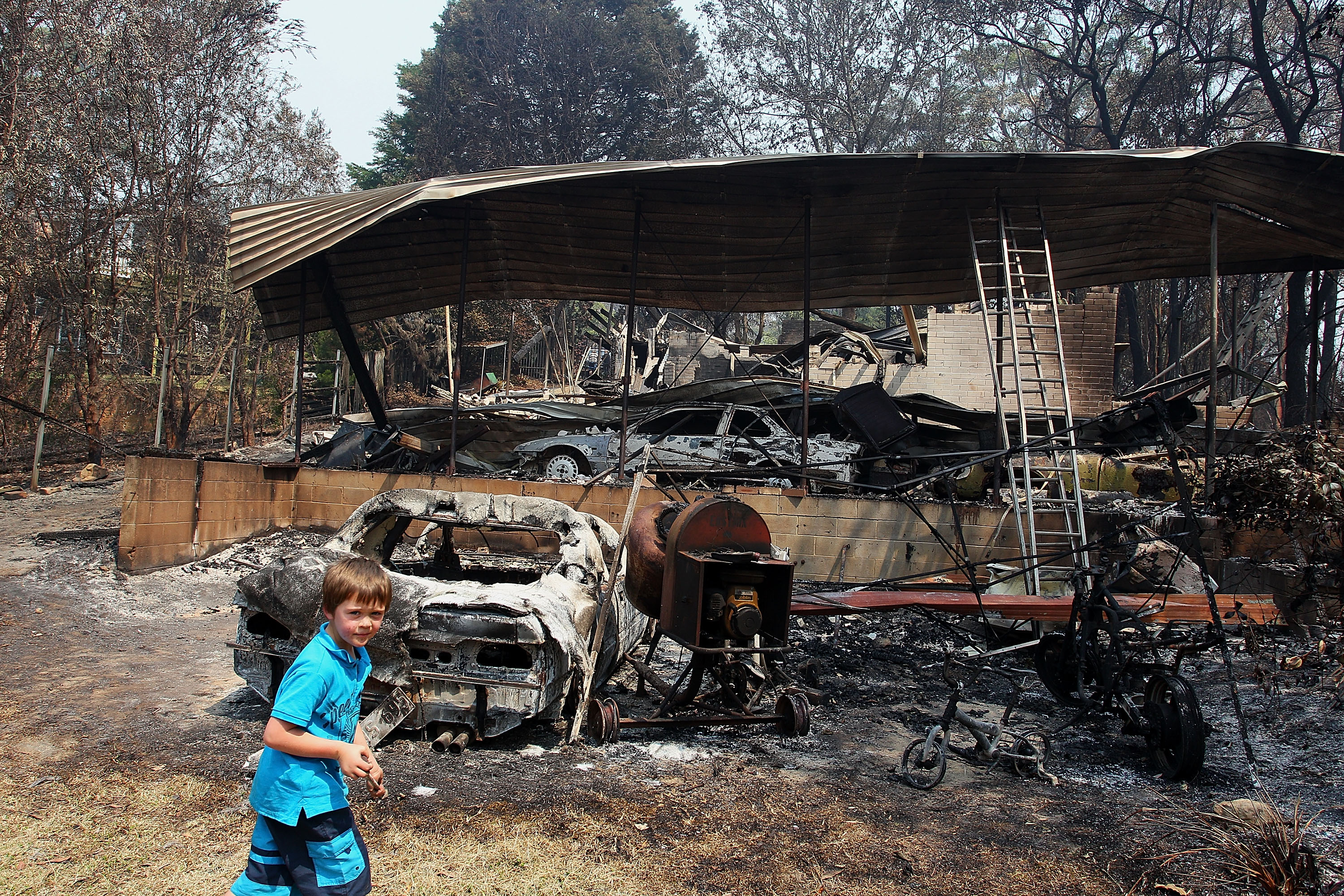 CANBERRA, Australia Firefighters battling some of the most destructive wildfires to ever strike Australia's most populous state were focusing on a major blaze Sunday near the town of Lithgow that stretched along a 190-mile front.

The fires have killed one man, destroyed 208 homes and damaged another 122 since Thursday, the Rural Fire Service said.

Firefighters have taken advantage of milder conditions in recent days to reduce the number of fires threatening towns around Sydney from more than 100 on Thursday night to 61 on Sunday, Rural Fire Service spokesman Matt Sun said.

Fifteen of these fires continued to burn out of control, including the blaze near Lithgow, west of Sydney, which was given the highest danger ranking by the fire service. Authorities expect that blaze will continue to burn for days and have advised several nearby communities to consider evacuating ahead of worsening weather conditions.

Sun said temperatures in the fire zone on Sunday exceeded 77 degrees Fahrenheit, with winds reaching 12 miles per hour and humidity dropping to 30 percent.

"It's not as dire as it could be, but it's certainly challenging work for firefighters and expected to get worse," Sun said.

The Defense Department, meanwhile, said it was investigating whether there was any link between the Lithgow fire, which started Wednesday, and military exercises using explosives at a nearby training range on the same day.

"Defense is investigating if the two events are linked," the department said in a statement on Saturday.

Sun said the cause of the fire was also under investigation by fire authorities and would be made public when determined.

Arson investigators are examining the origins of several of more than 100 fires that have threatened towns surrounding Sydney in recent days.

"The worst of that weather will be probably culminating on Wednesday, but (there won't be) much relief in the intervening period," he told Australian Broadcasting Corp.

The wildfires have been extraordinarily intense and early in an annual fire season that peaks during the southern hemisphere summer, which begins in December.

Wildfires are common in Australia, though they don't tend to pop up in large numbers until the summer. This year's unusually dry winter and hotter than average spring have led to perfect fire conditions.

In February 2009, wildfires killed 173 people and destroyed more than 2,000 homes in Victoria state.