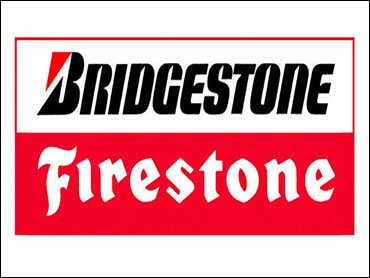 The settlement, approved by State District Judge Donald Floyd, comes more than three years after the 2000 recall of 14.4 million Firestone tires amid safety concerns. More than 100 objectors had contested the settlement.

The lawsuits resolved as part of the settlement include those filed by Firestone ATX, ATX II and Wilderness AT customers whose tires were among those investigated by the National Highway Traffic Safety Administration in 2000.

The settlement calls for Firestone to pay an estimated $70 million to replace tires, $41 million to manufacture certain tires with materials that provide better high speed capacity, $15.5 million on a consumer education and awareness campaign and $19 million for attorneys fees. The company also has paid $3.5 million to notify class members of the settlement plan.

"We are pleased with the judge's decision," Firestone spokesman Dan MacDonald said Monday. "We believe that this settlement really is in the best interest of all concerned."

The 45 named plaintiffs each could receive up to $2,500. Those who are not named but owned one of 22 brands of Bridgestone/Firestone tires between 1991 and 2001 qualify to have their tires replaced.

The settlement could affect an estimated 15 million drivers and involve about 60 million tires.

"We believe this will make the roads safer and in the long run, it will save lives," MacDonald said. "It is another important step to putting this whole matter behind us."

Neither Beaumont attorney Mitchell Toup nor Houston attorney Mike Caddell, among the objectors to the settlement, could immediately be reached for comment Monday.