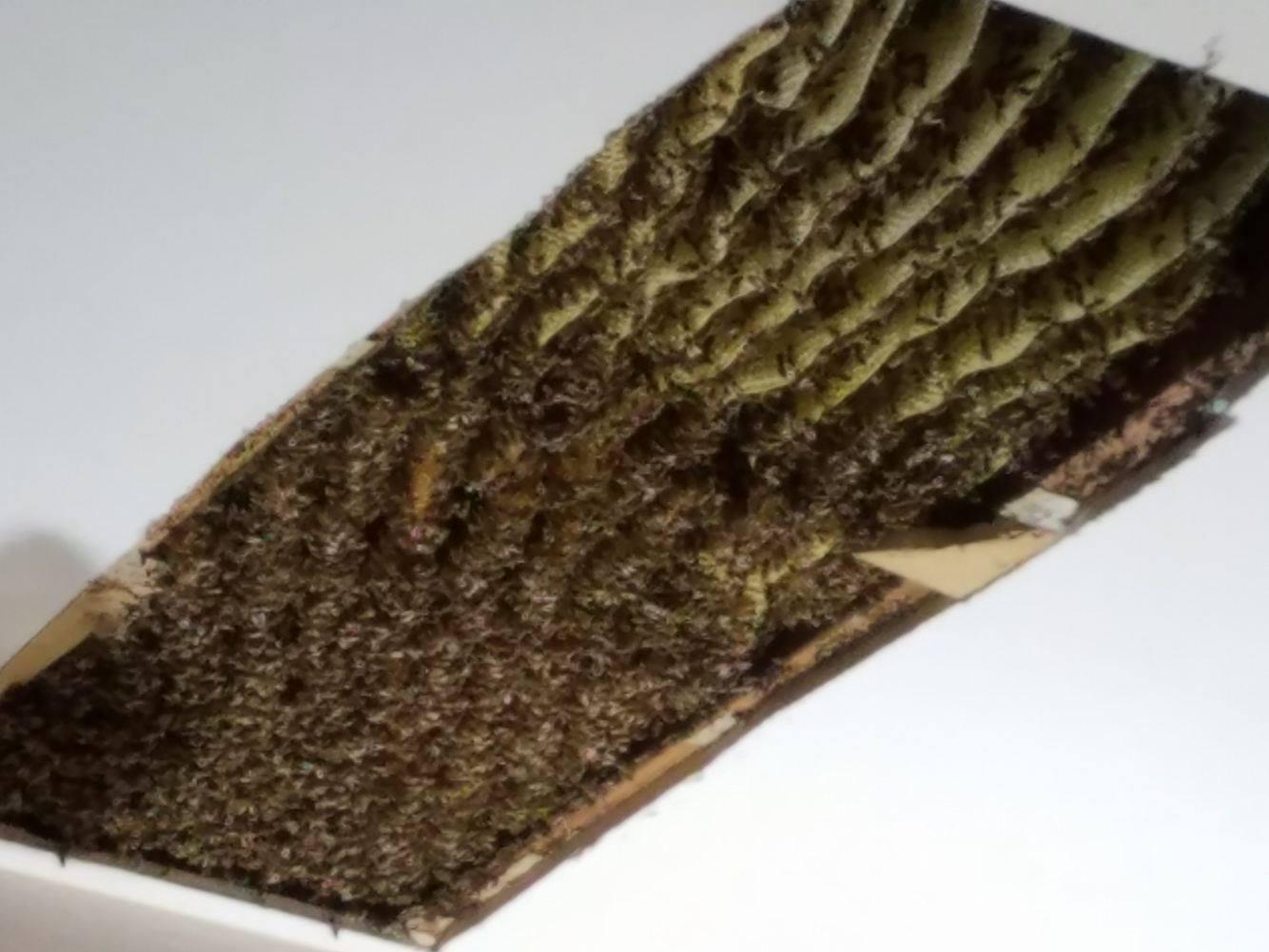 Two months ago, Lisa Ohrmundt heard some buzzing around the side of her house.

The Decatur, Georgia, resident didn't think much of it, but she called her friend -- who's a beekeeper -- just in case. Her friend came over one afternoon with a Bee Box, hoping to lure some of the honey bees inside.

A couple hundred bees swarmed around the pair as they unsuccessfully tried to lead them away from the house. That number may sound high to some, but it was nothing compared to the hive inside Ohrmundt's ceiling: There were 120,000 bees nesting in a beehive above her living room.

"They had a condo in our ceiling -- why would they go in that little box?" Ohrmundt thought after she found out the news.

Ohrmundt never heard a single buzz come from her ceiling, so she wasn't prepared for the 6-foot-long honeycomb Georgia Bee Removal employee Bobby Chaisson pulled from her ceiling on Tuesday.

"It looked like a scene from 'Dexter,'" Ohrmundt told CBS News. "There was plastic everywhere, everything was taped off. I stuck my head under the plastic as the beekeeper got to work."

A beekeeper used a heat sensor to spot the hive, which was high up in Ohrmundt's ceiling. Once he located the hive, he climbed up a ladder and cut into the ceiling, slowly pulling back the sheetrock.

Over the course of six hours, the beekeeper was stung about 10 to 15 times as he used a vacuum to suck them off the honeycomb and into large canisters. He plans to safely relocate them.

"This guy said this hive has probably been in there at least 2 years," said Ohrmundt, adding that she's lived in the home for about 9 years.

Neighbors told Ohrmundt the previous homeowners also had a huge honeycomb removed. She believes they may not have properly sealed the area off and the bees entered the home through a crack.

Chaisson caulked the ceiling back up and put insulation between the ceiling and the second floor so the bees couldn't get back in.

Ohrmundt owns a landscaping business and she encounters bees frequently -- but never in her life had she encountered as many bees as she did that day.

"I was never scared of them before, but when all those bees started flying, I was like, 'I'm out of here,'" she said.

So far, it looks like Chaisson's work was successful. Ohrmundt found about 20 dying bees on the floor the next day, but that's to be expected, considering they just lost their home.

With all the commotion, Ohrmundt wasn't even thinking about the honey dripping from the walls. Chaisson told her there was about 60 pounds of it -- the honeycomb weighed about 120 pounds.

"My roommate is furious for not getting any of the honey," Ohrmundt joked. "But the beekeeper said he would bring me some."