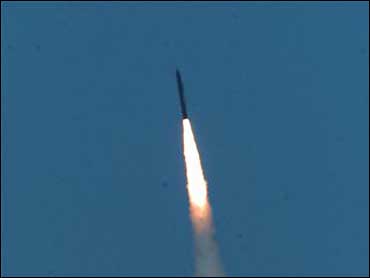 Twelve members of the Los Angeles Dodgers had their suspensions overturned Thursday for their roles in a brawl with fans at Wrigley Field last month.

Sixteen players and three coaches originally were suspended for a total of 76 games in the wake of the melee in the stands in Chicago on May 16.

"It was a victory for us in the big picture," Dodgers general manager Kevin Malone said. "We went from 16 players to five, and from 60 days to 24 on their suspensions, so they were cut by more than half.

"We're pleased about that, but we're going to allow the appeal process to possibly rectify and take care of the rest of the suspensions."

Gary Sheffield, among the NL leaders in homers and RBIs, is the only everyday player that did not have his suspension overturned. But the players' association immediately appealed to commissioner Bud Selig on behalf of Sheffield as well as for reserve outfielder F.P. Santangelo, pitcher Carlos Perez and backup catcher Chad Kreuter, who was the flashpoint of the fight with fans.

That means none of the suspensions can start until a hearing before Selig and another decision.

Malone worried that the original suspensions, if upheld, would have dealt a severe blow to the Dodgers' season and their division title hopes.

He believes their situation is acceptable now, even if Sheffield has to serve his five-game suspension.

"We now have most of the team back. If we can't win without a key player for a few days, then we're not a championship-caliber team," Malone said.

The original 16 suspensions were believed to be the most ever in a single case in baseball history.

An eight-game suspension also was upheld for coach Rick Dempsey, who like Shelby, had no other avenues of appeal remaining. Fines to all the Dodgers involved also were upheld.

"There is some mixture of satisfaction and disappointment," union lawyer Gene Orza said. "We're pleased they've rejected the idea that any player who goes into the stands, now matter what, even as a peacemaker, is deserving of a three-game suspension."

Orza said Kreuter's penalty and those of other players should all have been reduced by at least three games.

"The enormity of the remaining penalty portrays him as the villain," Orza said. "He was provoked. We're still waiting for major league baseball to say something on behalf of Chad."

If and when the Dodgers players who are appealing wind up serving their suspensions, their absences will be staggered according to a schedule set up by baseball.

The brawl started when Kreuter, in the bullpen, said a fan struck him in the back of the head and grabbed his cap. Kreuter went into the stands and his teammates and coaches followed. It triggered a brawl that delayed the game for nine minutes.