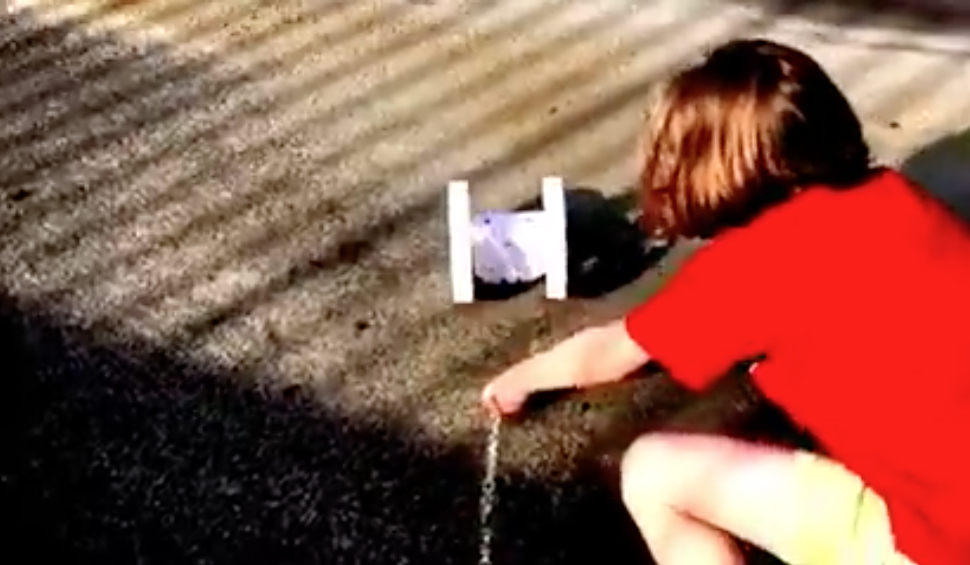 A 10-year-old girl is proving that the best job pitches come from the heart.

"The streets of Paris are sad. I want to build a robot that will make them happy again," Eva wrote in an application letter. "I've already starting learning how to code on Thymio robots, but I have trouble making it work."

Her letter was so moving that one of the founders of Five by Five, the organization hosting the technology fellowship, wrote an open letter of her own in response.

"The answer is yes," Kat Borlongan began her letter which has gone viral on Facebook with more than 42,000 shares.

The 10-year-old is one of 20 "bright young minds" -- urban designers, data scientists and hardware specialists -- who will participate in the two-week summer program, starting on July 18.

"I love your project and agree that more should be done--through robotics or otherwise--to improve Paris' streets and make them smile again," Borlongan wrote to Eva.

Dozens of people praised Borlongan's decision to accept Eva into the program.

"It's beautiful, touching, human and a wonderful decision you have taken," one Facebook user commented.

"Now I understand why it's sunny again over Paris," another replied.

Borlongan explained that she wrote the personal letter because of Eva's bravery.

"You've openly told us that you had trouble making the robot work on your own and needed help," she said. "That was a brave thing to admit, and ultimately what convinced us to take on your project."

And that's not all the good news coming Eva's way.

The President of Thymio, the robotics company whose technology Eva hopes to work with, offered to personally help the young girl; he will also be providing her with their latest robot.

"It is my hope that your work on robotics will encourage more young girls all over the world -- not just to code, but to be as brave as you, in asking for help and actively looking for different ways to learn and grow," Borlongan ended her sweet note.