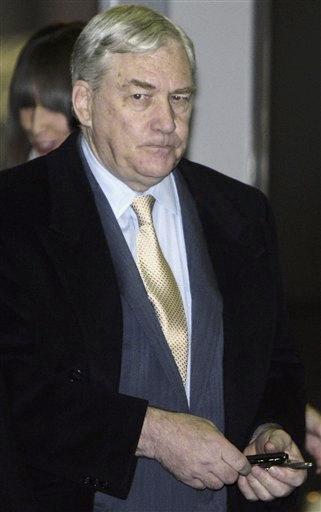 An outbreak of E. coli in eight states has left at least one person dead and 50 others sick, federal health officials said Thursday in warning consumers not to eat bagged fresh spinach.

The death occurred in Wisconsin, where 20 others were also sickened, said Dr. David Acheson of the Food and Drug Administration's Center for Food Safety and Applied Nutrition. The outbreak has sickened others — eight of them seriously — in Connecticut, Idaho, Indiana, Michigan, New Mexico, Oregon and Utah.

FDA officials do not know the source of the outbreak other than it appears to be linked to bagged spinach. "We're advising people not to eat it," Acheson said.

The outbreak has affected a mix of ages, but most of the cases have involved women, Acheson said.

Dr. Christine Hahn, Idaho's state epidemiologist, "has been made aware of a possible E. Coli problem, but at this point, we don't have a lot of details," said Ross Mason, a spokesman for the Idaho Department of Health and Welfare.

The agency plans to make an announcement as soon as it has more information, but advises people to exercise caution, he said.

The Centers for Disease Control and Prevention and Wisconsin health officials alerted the FDA about the outbreak Wednesday. Preliminary analysis suggests the same bug is responsible for the outbreak in all eight states.

E. coli causes diarrhea, often with bloody stools. Most healthy adults can recover completely within a week, although some people — including the very young and old — can develop a form of kidney failure that often leads to death.

Anyone who has gotten sick after eating raw packaged spinach should contact a doctor, officials said.

E. coli lives in the intestines of cattle and other animals and typically is linked to contamination by fecal material. It causes an estimated 73,000 cases of infection, including 61 deaths, each year in the United States, according to the federal Centers for Disease Control and Prevention.

In December 2005, an E. coli outbreak sickened at least eight children in Washington state. Officials traced the outbreak to unpasteurized milk from a dairy that had been ordered to stop distributing raw milk.

Last October, the FDA warned people not to eat certain Dole pre-packaged salads that were connected to an outbreak of E. coli infections in Minnesota. At least 11 people were sickened.

In 1993, a major E. coli outbreak sickened about 700 people and killed four who ate undercooked Jack in the Box hamburgers in Washington state. That outbreak led to tighter Agriculture Department safety standards for meat and poultry producers.

Crowdfunding rakes in $2M for medicine to save a little girl's life
Thanks for reading CBS NEWS.
Create your free account or log in
for more features.
View CBS News In
CBS News App Open
Chrome Safari Continue
Be the first to know
Get browser notifications for breaking news, live events, and exclusive reporting.