"Despite what you may be hearing," Faizah Malik, Public Counsel Attorney, said Thursday, "we want you to know that the city's eviction protections remain in place, do not expire and have been held up in courts."

The City Council has extended the COVID-19 state of emergency until the end of the month, which means tenants are protected under the local moratorium until at least a year after it expires.

It's estimated that hundreds of thousands of local tenants are behind on rent.

"The fact is that LA is a high-cost city with a high concentration of the state's low income renters, and the last estimate for rental debt is a billion dollars, a billion dollars," LA City Councilwoman Nithya Raman said. 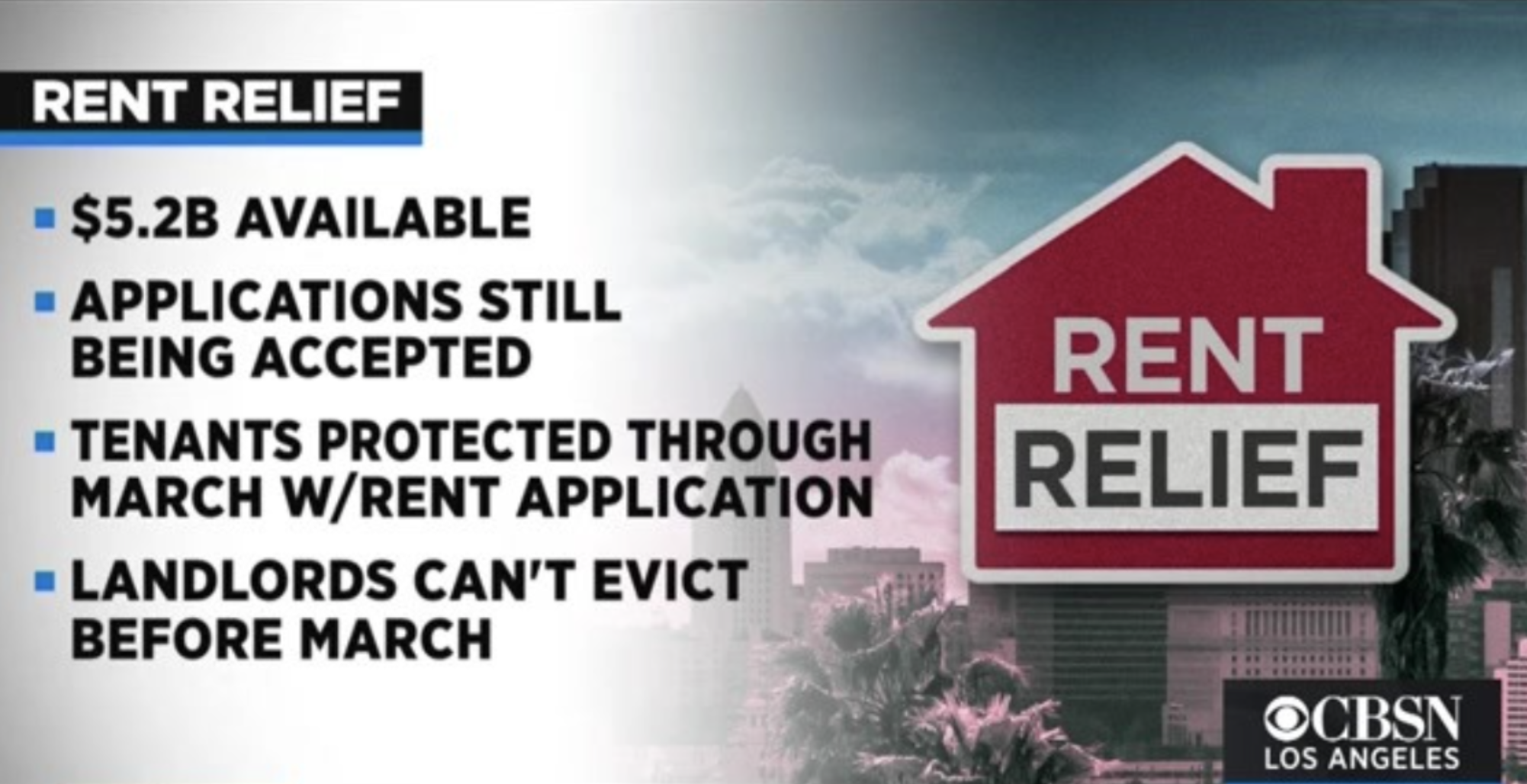 The City of LA has partnered with the state to distribute rent relief, with $5.2 billion available for California renters who are behind on rent. Applications are still being accepted. Tenants throughout the state are protected until at least March if they fill out a rental assistance application.

Additionally, landlords cannot evict before March if the landlord themselves has not applied for rental assistance.

The state has been criticized for being slow to distribute rent relief monies, having only paid out $300 million of the $541 million made available for the first two rounds of funding.

Single mother Alma Quinonez who said she is many, many months behind on her rent, faces eviction for non-payment.

"Honestly, I would be homeless. I would have to go to a shelter," Quinonez said when asked where she might be able to live if evicted.

The majority of residents in LA are renters.

"The only thing standing between them and keeping a roof over their heads and living on the streets is an eviction moratorium. Simply put, we cannot allow thousands of people to join the ranks of those currently experiencing homelessness," City Councilman Kevin de Leon, who is running for mayor, said.

Landlords can also still apply for rental assistance and receive up to 18 months in back rent, assuming their tenant meets the income requirements, which most do.

According to housing officials, there is enough money to pay for all the back rent in LA county. For more information on how to apply for rent relief, follow this link.