Broadband, which is a lifeline for many Southern California families, especially during the pandemic, is set to get a major overhaul.

"It will be a huge shot in the arm," said Sunne Wright McPeak, CEO of California Emerging Technology Fund.

The organization's mission is to get broadband access to unserved and underserved communities. Their CEO said building better broadband infrastructure will take a collaboration of the public and private sector.

"We are pledging to the county of Los Angeles that in the next year, we can get every household that is in a publicly subsidized complex connected. There should be high-speed internet infrastructure improvements throughout California in the next three years," McPeak said.

California is set to get $100 million in federal funds for broadband alone. That's on top of a $6 billion state fund already set aside for improving internet access. The federal 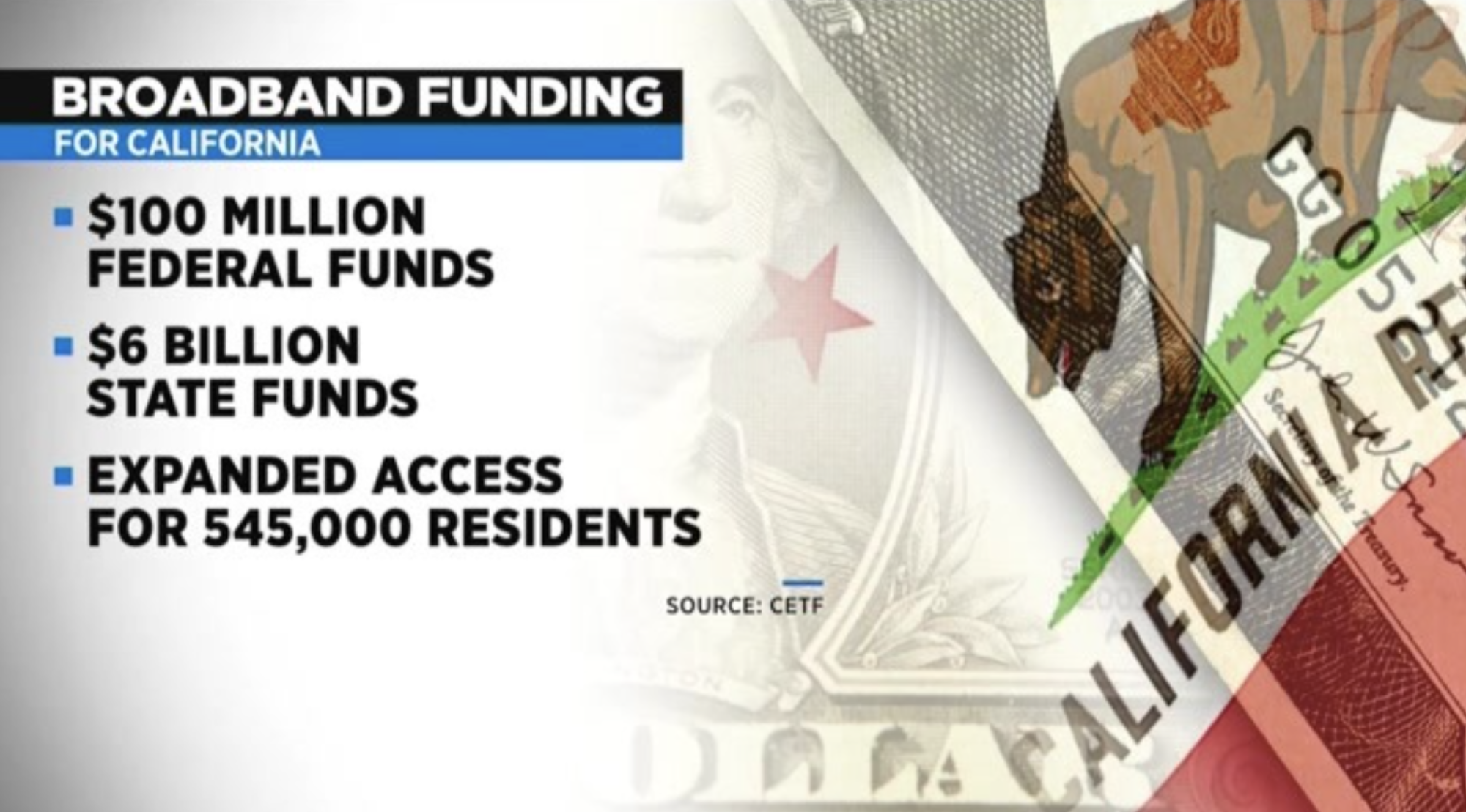 infrastructure bill is expected to expand broadband to 545,000 Californians.

"I didn't realize how much internet we needed," said Irma Villalpando, the mother of two daughters in the Los Angeles Unified District high schools.

She said during the pandemic, with the whole family at home, they struggled with staying connected because of the strain on their service.

"Our logging in slowed down, trying to have the video on and the speaker and devices on was a little challenging, kept freezing. I kept getting disconnected," Villalpando said.

For some families, no internet meant their information access was cut off.

"Our principal did share with us about one family and they would park outside the schools, so they could get the connection from the school here," said Villalpando.

McPeak said that certainly within the next five years, we should see major changes to our broadband infrastructure.