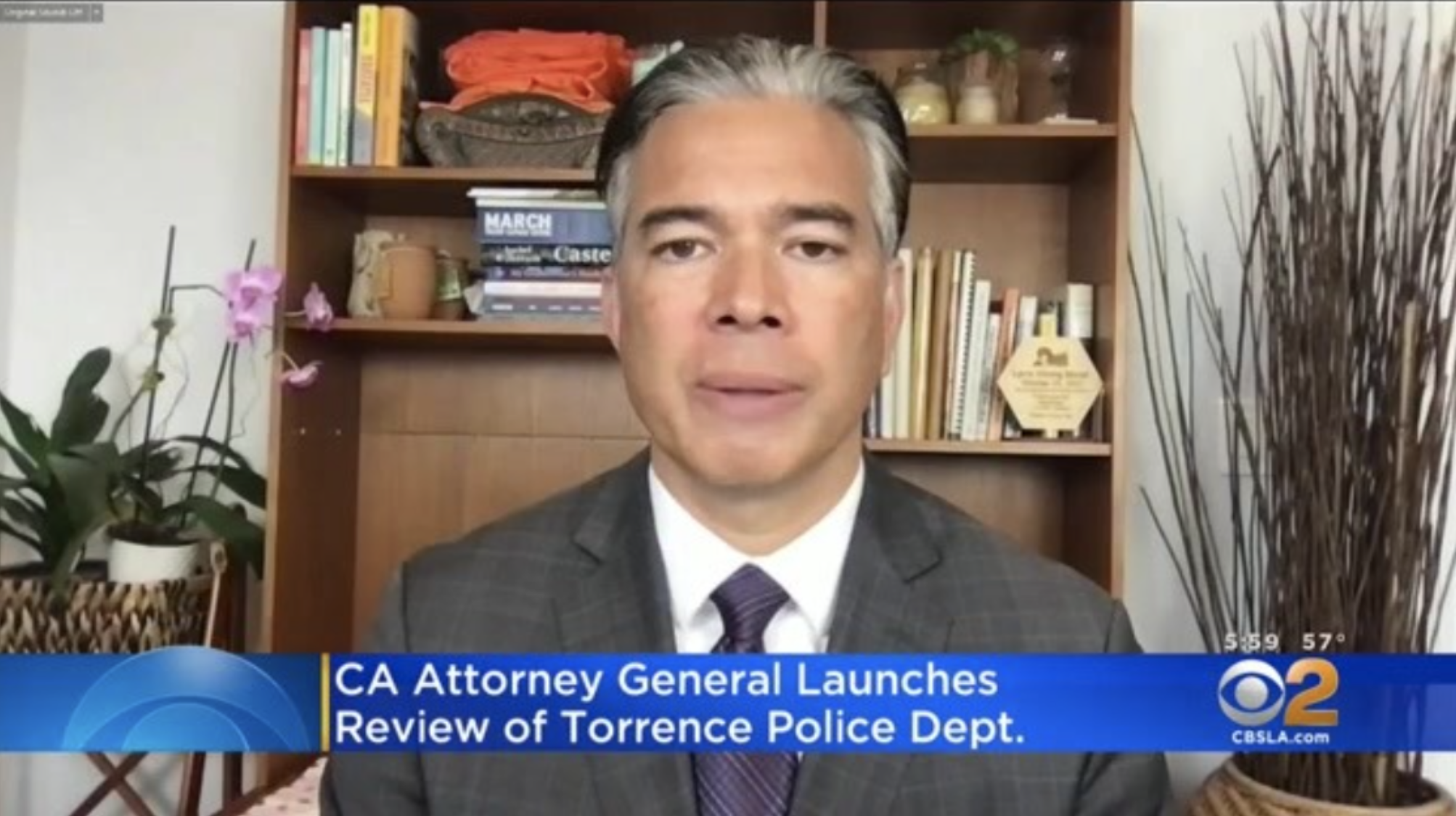 The review follows a request for assistance by the department's new chief of police, Jay Hart, and aims to rebuild trust between Torrance police and the surrounding community. The review also comes after a Los Angeles Times report that dozens of criminal cases have either been thrown out or are in jeopardy due to racist text messages and photos exchanged by more than a dozen current and former Torrance police officers.

"We have standards for our law enforcement that are high standards, appropriately so, to keep people safe and honor their civil rights and constitutional rights at the same time," the AG said.

Chief Hart, who started with the Torrance Police Department in 1988 as a patrol officer and was appointed chief in April, says he is committed to accountability and won't "tolerate any form of bigotry, racism, hate, or misconduct."

The state's independent review will be conducted by the Department of Justice's Civil Rights Enforcement Section, with the assistance of the Division of Law Enforcement. The review will consider all relevant information, including from community members and organizations, local officials, the Torrance Police Department, individual officers, and more.

The AG added that the review is part of an effort to identify and correct potential systemic failures in the department's policies and practices. He said the alleged misconduct could jeopardize criminal cases. So, the district attorney is looking to see if anyone's rights have been violated.

Anyone with information relevant to this review can contact the DOJ's Civil Rights Enforcement Section at Police-Practices@doj.ca.gov.