LOS ANGELES (CBSLA) — A $30,000 reward is being offered for information in the December murder of two young women in Carson.

Erin Lavender, 19, and Dalelaja Hearn, 17, were sitting in a car with three other people outside a home in Carson the night of Dec. 15. Authorities say two people walked toward the car and one of them fired several gunshots into it.

The two young women were hit in the upper torso and died of their wounds at a hospital. Lavender had been a softball player at Compton College, while Dalelaja was about to go to college herself.

The $30,000 reward is made up of $10,000 from county Supervisor Mark Ridley Thomas and $20,000 from the city of Carson for information leading to the arrest and conviction of the killer. 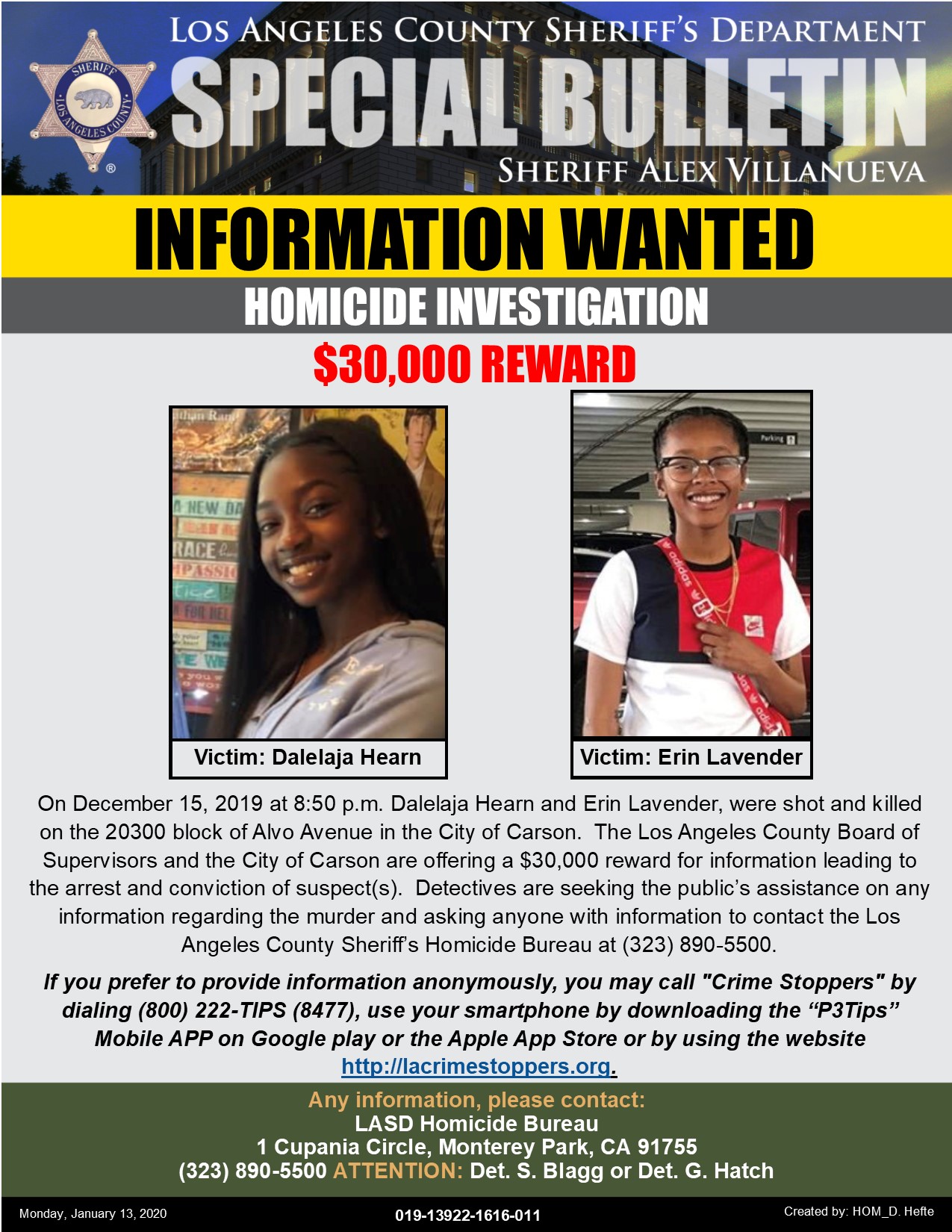 "It's always tragic when a life is lost. But when two young ladies lose their lives, it is extremely heartbreaking," Sheriff Alex Villanueva said. "These ladies were just beginning their lives."