[UPDATE! Mandy has been found]

DETROIT (WWJ) - Detroit police have found a van and two of three Siberian Huskies that were stolen from outside an Ann Arbor hotel.

The thieves dumped the dogs, and also reportedly left the van in the middle of Sunderland and Cambridge where it was recovered by Detroit police and checked for fingerprints.

Dozens of people fanned out in the Detroit neighborhood over the weekend in search of the missing dogs. 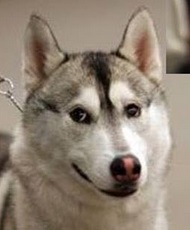 Two of the dogs were found but a third dog remains missing. The missing husky goes by the name of Mandy is white and light grey in color.

The missing dog was last seen in the area of Littlefield and Eton near I-96.

The owner of the van was in town Friday for a dog show when it was stolen.

If you have any information about the missing dog you are asked to contact Detroit police.