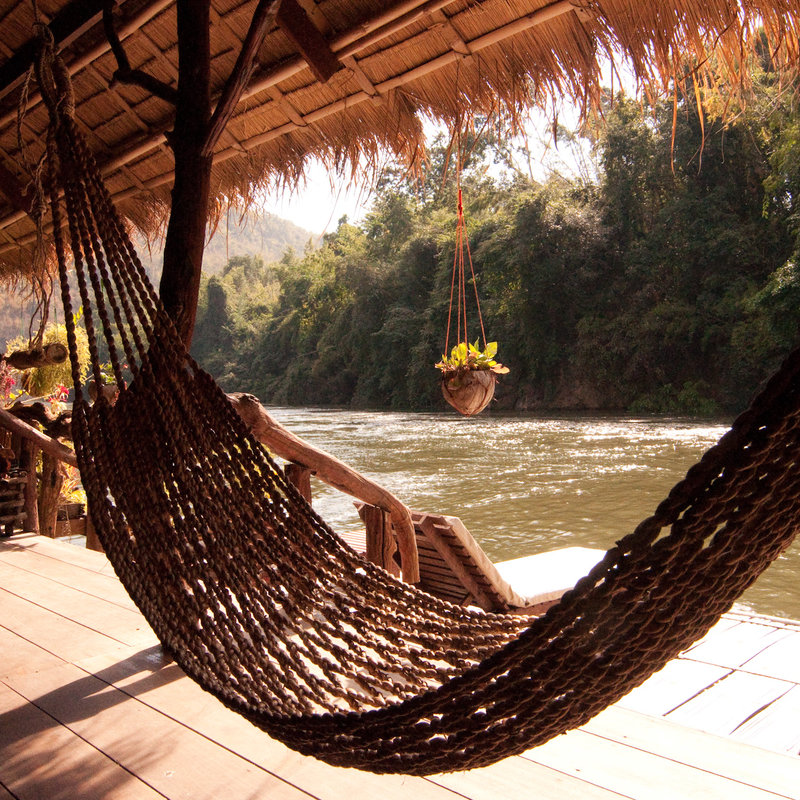 "Boatels". That's a word we (maybe) made up, and you'll be using it all day after reading this story. From retired ocean liners and rock-themed submarines, to tricked-out houseboats and huts tied to inner tubes, here are seven of the world's coolest. 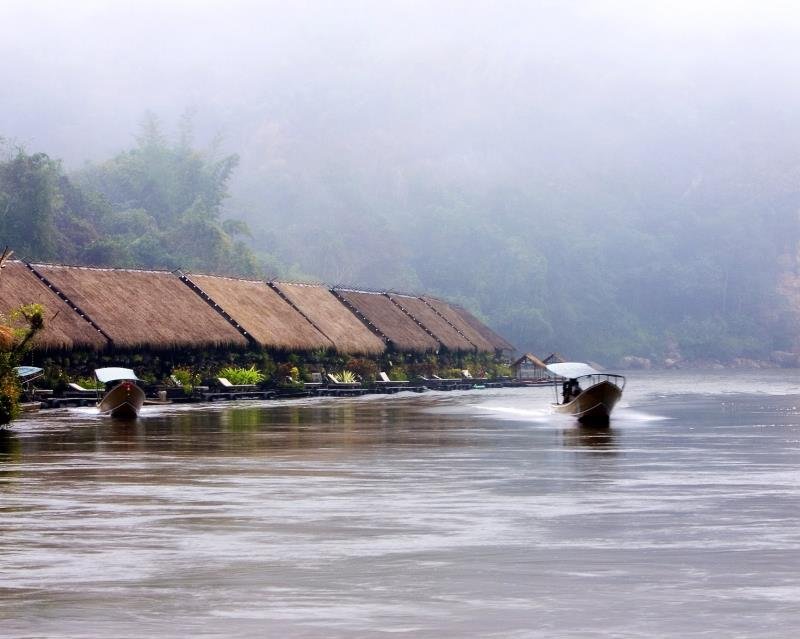 River Kwai Jungle Rafts Resort -- Kanchanaburi, Thailand
Body of water: River Kwai
Number of rooms: 120
Cost per night: $150-$200
Why stay?: Anchored in the middle of the river, each 300sqft jungle raft features wick lamp lighting, wooden furniture, and walls weaved from bamboo, not to mention a hammock, sunbath bed, and an outdoor deck from which to swim and soak up the awesome jungle scenery. When not dining in the resort's restaurant or learning about the culture of the local Mon tribe, you can canoe to nearby caves and waterfalls. 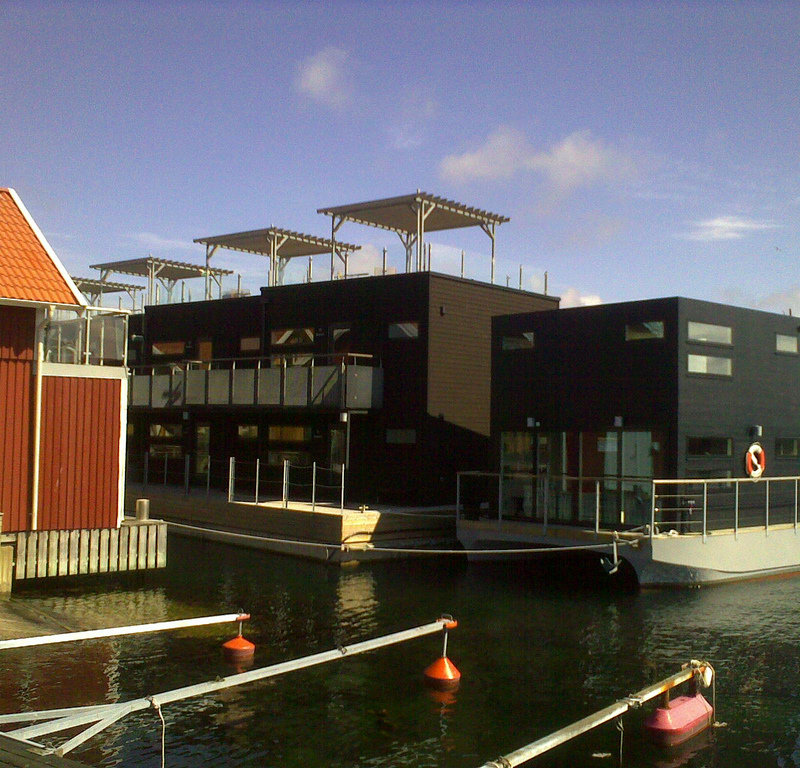 Related: The Jet Of The Future Only Has Window Seats

Salt & Sill -- Klädesholmen, Sweden
Body of water: The Skagerrak
Number of rooms: 23
Cost per night: $250-$450
Why stay?: The Salt & Sill lays claim to being the first floating hotel in Sweden (est. 2008), and the views overlooking The Skagerrak -- a strait that connects to the North Sea -- are well worth the visit. Room décor is billed as “modern Scandinavian” (so… lots of Ikea?) and there's a sun deck on the roof, for when the sun doesn't set. Or even when it does. Best part, the S&S comes equipped with a separate two-floor sauna boat that can hit close 20mph (for whatever reason) and is touted as “the fastest floating sauna in the world”. 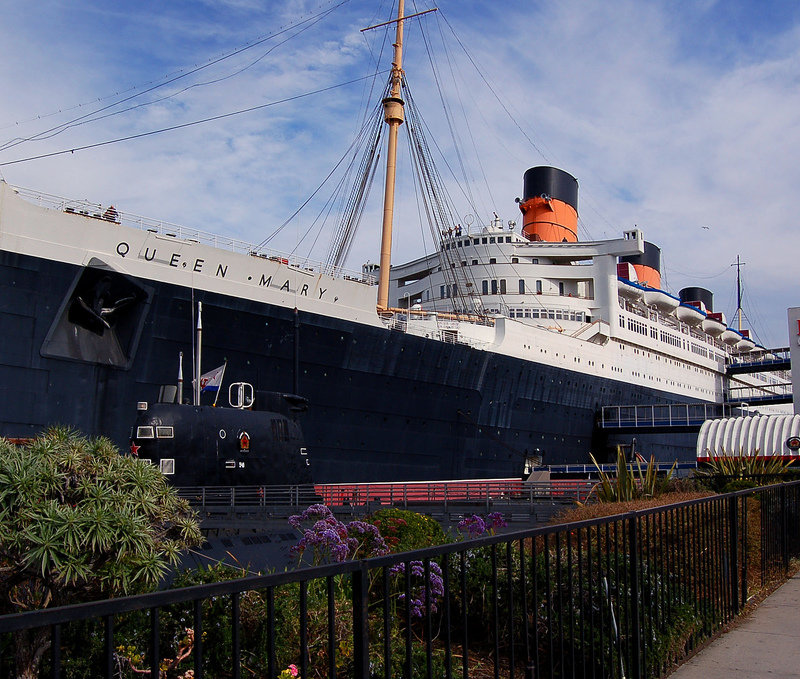 The Queen Mary -- Long Beach, California
Body of water: Pacific Ocean
Number of rooms: 346
Cost per night: $78-$160
Why stay?: Ever wonder what is was like to be on one of the original world-class ocean liners? Well, here's your answer. Moored in Long Beach since the late 1960s, the Queen Mary still maintains its Art Deco-styling and original 1930s artwork, and is now -- in addition to serving as a hotel -- a massive tourist attraction offering historical tours, shops, spas, a bar/ lounge, and a handful of restaurants. Also, there appears to be a submarine parked next to it. 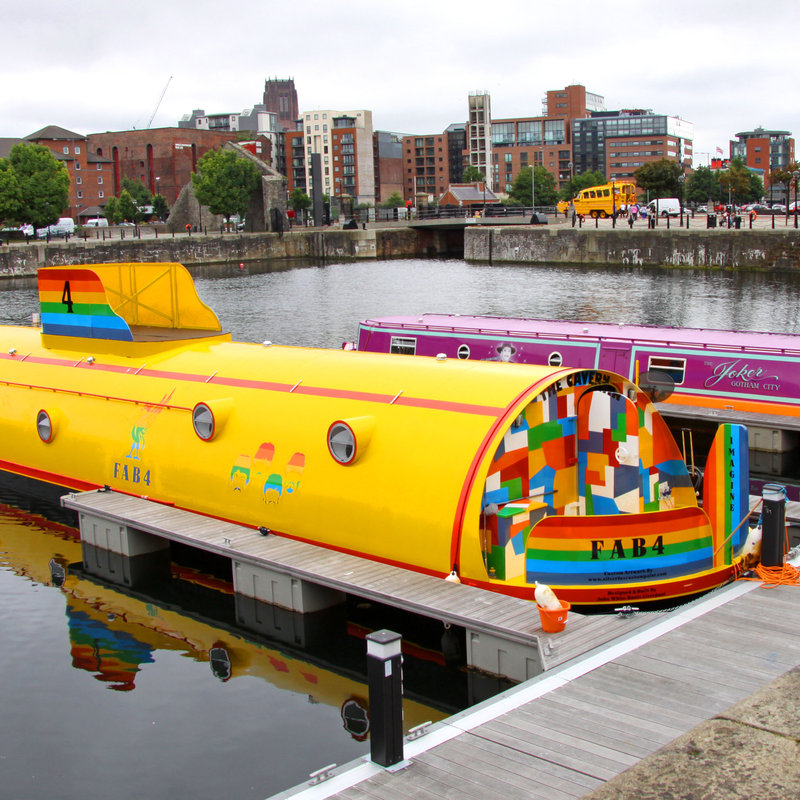 Yellow Submarine, Joker Boat & Titanic Hotel, Albert Dock -- Liverpool, England
Body of water: Mersey River
Number of rooms: Sleeps 6-9 people
Cost per night: $300-$700
Why stay?: Owned by the same company, these three themed, floating hotels are docked near one another on “Merseyside” in Liverpool. The Yellow Submarine is a ‘60s-style flashy tribute to The Beatles, while The Joker Boat was specifically designed around Jack Nicholson’s character in the 1989 Batman movie. If only we were making that up. Meanwhile, the Titanic Hotel has been dubbed “the most fantastic apartment boat in the world”, and boasts an interior that looks exactly like a first-class lounge on the infamous doomed ship. Top of the world, Ma, top of the world.

Hotel CPHLiving -- Copenhagen, Denmark
Body of water: Port of Copenhagen
Number of rooms: 12
Cost per night: $200
Why stay?: Docked on a canal in the city center and decorated all Danish nautical-like, this modish steel/ wood 12-room floating pension features a boat-length sundeck, showers with a view, and a floor-to-ceiling glass wall on one side so guests can enjoy the birds and boats floating by at eye level.

River Dream Boatels -- Mannum, Australia
Body of water: Murray River
Number of rooms: 5
Cost per night: $180 per person
Why stay?: A houseboat unlike most others -- and that's saying a lot in houseboat-heavy South Australia -- Boatel stands out with its sleek, glass-prominent design. When not drinking in both the views and vinos in the second-floor sky lounge, you can throw another shrimp on the gas barbie and settle in to watch Crocodile Dundee II on the drop-down cinema screen. Oh yea, they'll also teach you how to drive the boat when you arrive.

Aria Amazon -- Iquitos, Peru
Body of water: The Ucayali River
Number of rooms: 16
Cost per night: $3,000-$3,300 for a three-day cruise; $7,000-$7,300 for seven
Why stay?: For starters, the amazing wildlife — as in rare pink dolphins, three-toed sloths, toucans, and Taricaya turtles. Built in 2011, the Aria Amazon is a marvel of luxury and rooms feature floor-to-ceiling blackout windows so you can spy all of the aforementioned animals with a pair of binoculars whilst lying in bed. Or, you can soak in the sights (and maybe do a little piranha fishing) from the outdoor lounge and observation deck.