TRAVERSE CITY, Mich. (AP) - State regulators Friday approved a fish hatchery expansion on the Au Sable River, turning aside objections from groups that fear the operation could contaminate one of northern Michigan's most prized trout streams. 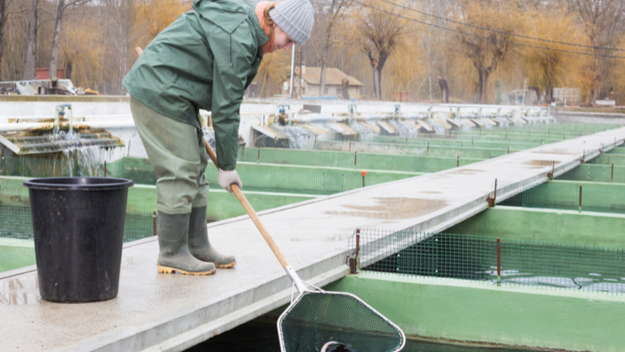 The Michigan Department of Environmental Quality granted a pollution discharge permit to Harrietta Hills Grayling Trout Farm, which plans eventually to raise its output of rainbow trout at the facility to 300,000 pounds annually, up from about 70,000 pounds.

Director Heidi Grether said the department conducted "a careful, thorough and comprehensive review of the case" and noted a state administrative law judge sided with the company in its battle with opponents, including the Sierra Club and a fishing group called Anglers of the Au Sable.

The department modified an earlier version of the permit to provide additional protections for the river, Grether said, including regular testing of the hatchery for whirling disease, a potentially fatal fish illness caused by an invasive parasite.

Dan Vogler, owner of Harrietta Hills, said the decision was "a major vindication for us and our operation."

His company, which has a separate aquaculture operation in Wexford County, began leasing a formerly state-operated facility in Grayling in 2012. He obtained the initial state permit for the expansion two years later but ramped up operations only moderately while dealing with legal challenges.

"This is a pretty clear indication that the DEQ has determined, through all the court decisions, all the studies ... that our operation at Grayling is sustainable and can be done in an appropriate way," Vogler said.

The Sierra Club will consult with its attorneys about whether to challenge the DEQ ruling in court, forest policy specialist Marvin Roberson said.

"We do not think the permit does enough to protect the river from whirling disease," Roberson said. "In fact, we claim it's not possible to have a fish farm in that location and adequately protect the river."

Anglers of the Au Sable said it was disappointed with the DEQ decision and would continue the fight. The group is pursuing a separate suit in Crawford County Circuit Court that alleges violations of the Michigan Environmental Protection Act and failure by the state to uphold deed restrictions on use of the hatchery.

Water flows directly into the hatchery from the east branch of the Au Sable and moves through eight north-to-south fish raceways before flowing out. The company releases fingerling rainbow trout into the raceways and harvests them when they reach a weight of 1.25 pounds.

Opponents contend the enlarged operation would discharge feces and uneaten fish food to the river, potentially exposing wild trout to whirling disease and boosting levels of phosphorus in the Au Sable, including a section dubbed "holy waters" by anglers for its abundance of native fish.

Additional steps required under the revised permit include testing for whirling disease within the hatchery and removing all fish if it's found; testing sediment downstream for the disease; installation of areas in the raceways where fish waste will settle and be vacuumed out; and testing for ammonia and dissolved oxygen.

Roberson said the testing would be of little use if the disease infests the hatchery.

"By the time you've detected it and started to clean fish out, they're dying and disinfected parts of fish are rolling downstream and that's too late," he said.