GRAND RAPIDS (AP) — The three Democrats running for Michigan governor met for their first televised debate Wednesday night, with two decrying corporate financial influence on state politics while a third — who accepts such campaign donations — refused to be pulled into the criticism while casting herself as an experienced, bipartisan problem-solver. 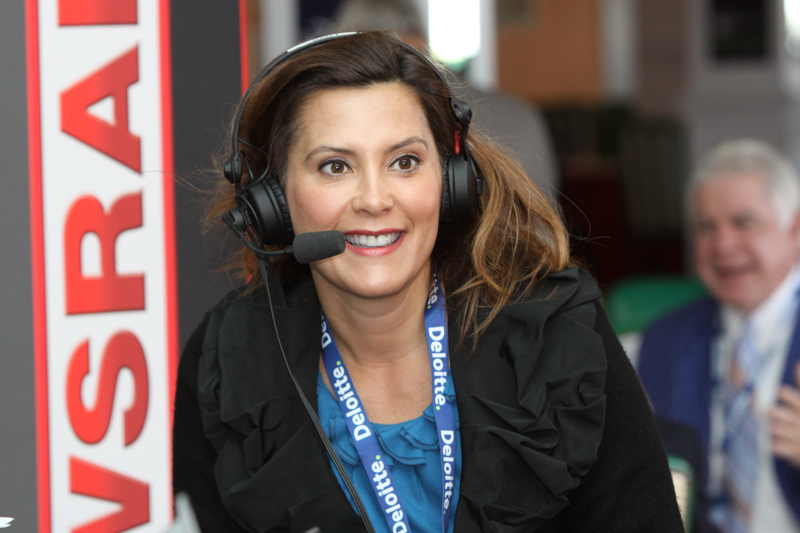 El-Sayed, who is declining corporate money, said 2016 independent presidential candidate Bernie Sanders — who fared well in Michigan — showed "us a way forward that didn't force us to take money from the corporations, didn't force us into a position where we've got to sell our soul so they buy off our policy."

The wealthy Thanedar, who is self-funding his campaign, said he voted for Sanders and criticized a "pay for play" culture in Lansing, where he said politicians who take money from lobbyists and corporations pay them back with favorable policies after they are elected. 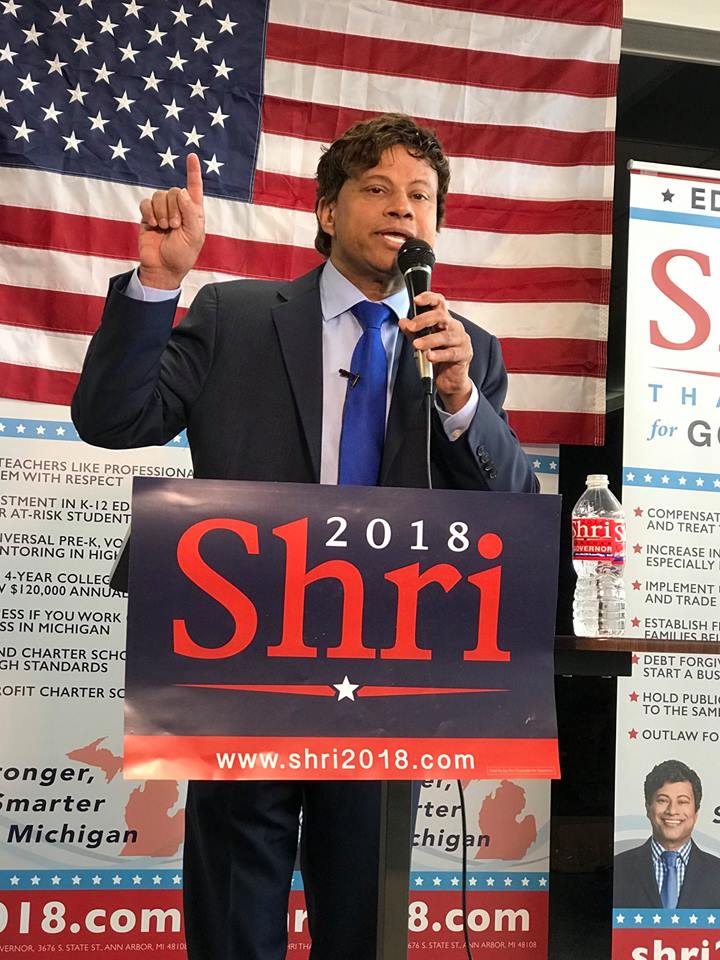 Whitmer declined to respond to El-Sayed's repeated mentions of an unnamed candidate — which could only be her — taking money from corporate political action committees such as one affiliated with Blue Cross Blue Shield of Michigan, where her father was CEO.

When Republican Gov. Rick Snyder embraced expanding Medicaid under the federal health care law, she said, "I didn't just go off to my partisan corner and cross my arms. I didn't come up with a list of demands. I just went to work because I know that even though his party controlled the House and the Senate, he wasn't going to be able to get it done without my help. We delivered health care to 680,000 people in our state."

The candidates were unified in opposition to the Trump administration's policy of separating children from their parents when they are detained illegally crossing the U.S. border, which the president halted Wednesday. They also supported an initiative on the November ballot to legalize the use of marijuana for recreational purposes and a proposed constitutional amendment to empower an independent commission to draw congressional and legislative districts instead of having the Legislature do it.

Whitmer pledged to sign a law within her first 100 days of office to bring auto insurance costs down and to declare a "state of emergency" over the opioid addiction crisis. El-Sayed touted his single-payer health care proposal. Thanedar also embraced the concept of providing everyone with government-financed care, while Whitmer stopped short of committing to a single-payer system.

"We still have 600,000 people in our state that we need to expand coverage to, and I am absolutely committed to that," she said.

On school funding, Thanedar said he would emphasize universal preschool access, Whitmer said she would stop the diversion of $750 million a year in school aid money to backfill holes in the general fund and El-Sayed said he would "level the playing field" between higher- and lower-funded districts.

In his closing pitch, Thanedar — an Indian immigrant — said he may "look a little different" but would be a "change agent" in Lansing. Whitmer talked of the "toughest two years of my life" at age 29, when she cared for her dying mother and her newborn daughter.

That time "eliminated my patience for people who just want to politicize issues instead of solving problems," she said. El-Sayed, in his opening appeal to viewers, said "it's time for us to build a politics that is true to the ideal of a government for people, by people."

The candidates will have a second and final Democrat-only televised debate on July 19, weeks before the Aug. 7 primary.