DETROIT (WWJ) - A 2-year-old girl who was the subject of an Amber Alert is now safe, according to police, after she was allegedly abducted from a home on Detroit's west side. 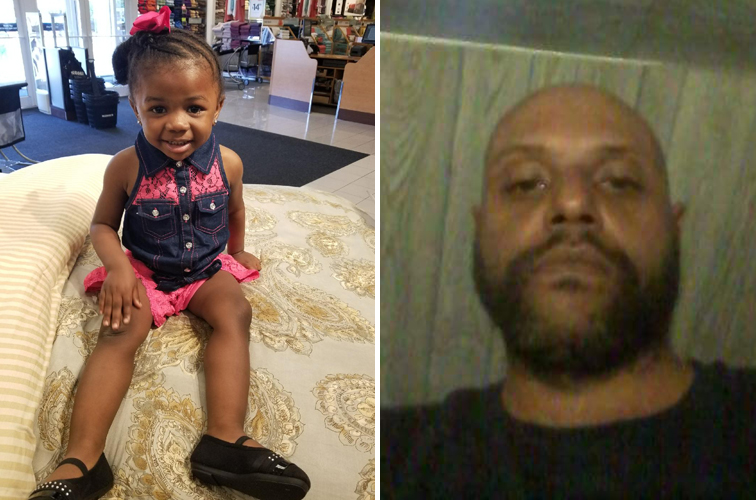 Police said Barrett was wielding a machete when he took Sondra Renee from her aunt's home, in the 21000 block of Karl, near 7 Mile and Lahser roads at around 2:30 a.m. Tuesday.

The suspect escaped with the girl in a black 2009 GMC Sierra pickup truck, Michigan license plate"DAS-8417."

At BOLO went out, and the suspect vehicle was spotted on I-275 at I-94 in Monroe County. The driver got off on Southfield northbound, exited at Michigan Ave. and headed east. MSP said the suspect tried to hit a police car while on Michigan Ave., but failed, and the chase continued through as many as 20 cities before coming to an end at Meyers and 7 Mile in Detroit, across from the Home Depot.

"We finally had an opportunity to use the PIT maneuver to push the car off the roadway into a parked vehicle," said MSP First Lt. Mike Shaw, "and three parties were inside the vehicle at the time of the crash."

One was Barrett, Shaw said, the second was a yet-unidentified woman, and the third was the missing 2-year-old girl — who was thankfully not injured.

Shaw said a rolled-over vehicle at the crash scene was an unoccupied car that was struck by Barrett's truck.

Sondra Renee was taken to Children's Hospital to be looked over, police said. Barrett, seen handcuffed on a stretcher, was also taken to a local hospital for treatment of minor injuries.

Investigators said Barrett is the girl's mother's boyfriend, and not the child's biological father. The aunt was babysitting for the mother at the time of the abduction, police said.

The unidentified woman would be fingerprinted, according to Detroit Deputy Police Chief Dave LeValley, in an attempt to confirm her identity. She's being considered an accomplice at this time.

"The suspect, possibly a neighbor — not sure at this point exactly what her involvement is with the kidnapping or maybe the aftermath of that," LeValley said.

She was later released from custody.

Standing in a crowd gathered to gaze at the smashed up vehicles was Tina Parker, who said Barrett is her brother.

"The baby involved looked up to my brother and as a father figure. She was never in harm's danger; no way, fashion or form," Parker told WWJ's Vickie Thomas. "You know, it's just this thing with the police. I don't understand why he ran; I don't agree with that."

Why the child was taken or what else led up to the morning's events remains clear as an investigation continues.

"Now that the pursuit is over we can kind of hit the brakes a little bit, slow down and makes sure everything's OK, get this child back with her mom," Shaw said.

At one point in the chase, police said Barrett crossed state lines into Ohio. Because of that, a special FBI task force will be handing the ongoing investigation.