DETROIT (Talk Radio 1270)In the first interview with a member of the newly exonerated Hutaree militia group, the accused ringleader's wife denied there were ever plans to create political upheaval by killing a police officer then slaying everyone at the funeral.

Stone said she "believes in the government," supports the right to bear an unlimited number of arms and thinks her husband is done with the militia movement.

"The whole militia movement, I believe when my husband David is home, will end. I'm going to continue hunting," Stone said, later adding, "He's not bitter, he just wants to get home and spend time with me and the grandchildren."

She also described her near-newlywed relationship with the militia leader, whom she met a year before their arrest on an online dating site -- and outlined her surprising political leanings.

"The second date he said 'there's something you need to see before this goes any further and he showed the video (of the camo and guns in the woods)," Stone said. "I thought it was pretty cool.'"

And the government? "I don't agree with everything that they do, but I do believe they try to do the best for the people," Stone said.

Who did she vote for the last election?

"I voted for Obama," she said.

And all those videos of the Hutaree in camo with guns in the woods, chatting casually about killing cops? It was just chatter, Stone said.

"A lot of it was just talk ... Tom Turkeys have to puff up their chest," Stone said. "Every time the story was told, the story got a little better."

Stone, who spent 53 days in jail after her arrest for conspiracy to overthrow the government with weapons of mass destruction, revealed her first reaction when she found out the government's case against them was tossed out.

"The first thing I did was I kind of cried," she said. "It was kind of hard to believe it was all over. The first thing
I said was 'Are you joking?'" It was just one of those things where I never thought in a million years this would have
happened."

U.S. District Judge Victoria Roberts acquitted Stone, her husband and five other members of the Lenawee County militia group, saying federal prosecutors failed in five weeks of trial to prove that the Hutaree had a specific plan to do anything illegal.

In a 28-page decision, Roberts wrote, "This plan is utterly short on specifics," adding, "it is a stretch to infer that other members of the Hutaree knew of this plan, and agreed to further it."

Langton asked Stone about videos of her friends and family in the woods armed to the hilt, crowing about the potential death of a police officer and all the other officers at his funeral.

"Those videos were all theatrics, going out in the woods with guns, we hunt, we're survivalists," Stone said, adding about the police officer discussions led by her husband, "That was taken out of context...What he was meaning was the New World Order, the Anti-Christ, preparing to defend ourselves."

Langton asked: "You feel the Anti-Christ is coming?

"Yes, I was raised Pentecostal and we were raised on the book of Revelations...It talks about defending yourself with the
sword, it's in the Bible. In modern times, the sword is a gun."

Stone said Hutaree, a name coined by her stepson, thought of themselves of Christian warriors who "would defend ourselves, protect ourselves as best we could."

About the arsenal at her house, Stone explained she keeps five guns and a handgun herself, and "my son Ritchie had one that was at our house, and Josh had some and of course, David Jr., he stores his guns at our house."

Hutaree attorney Mike RatJai said the government should be embarrassed about this failed case.

RatJai went even further, saying there's nothing wrong with talking with friends about wanting to kill cops.

"If I'm sitting in the backyard with a bunch of my friends and I have a beef with a police officer I can say whatever I
want," RatJai said. 'I want to put a bullet in his head, he's a jerk'...I think Ice T was serious when he said those things in the early 90s."

"It is not seditious conspiracy to kill a local police officer," RatJai added, saying the government's charges were all wrong. 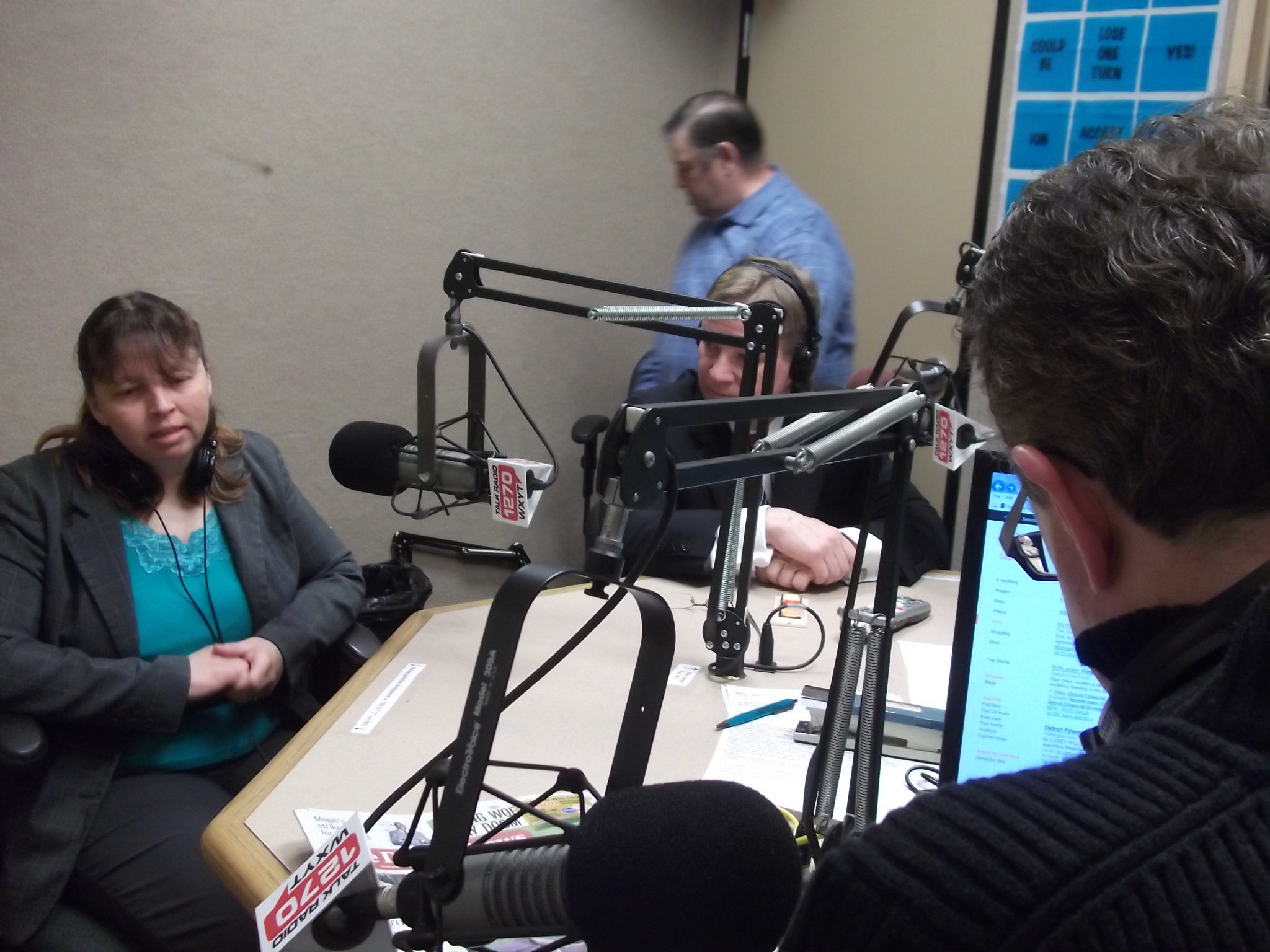