The City of Detroit and executives with Oakland, Macomb and Wayne counties agreed to create the Great Lakes Water Authority to manage water and sewer operations in the tri-county area. 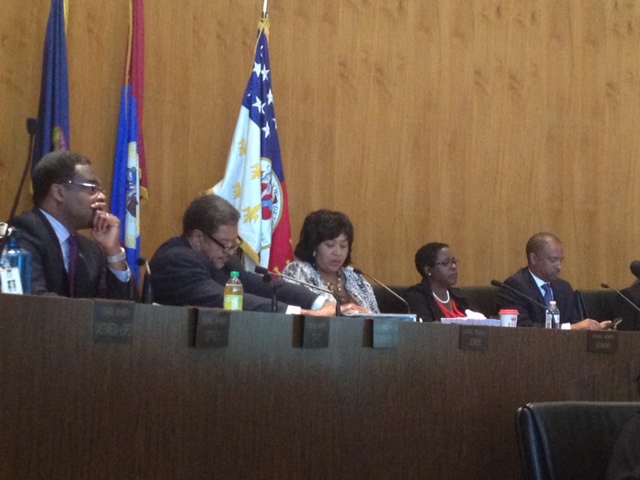 But opponents of the Great Lakes Water Authority plan say it violates the city charter.

"I am talking about what I am to do as a council member," said Council President Brenda Jones."And the oath that I took there is a charter which has absolutely nothing to do with Judge Cox's Order. And that is my question and again even to the Emergency Manager's order and Public Act 436 - which states that the Emergency Manager does not have to follow the charter."

Duggan said that because of the bankruptcy the city charter is suspended.

"But it doesn't state that the council does not have to follow the charter," said Jones.

While Jones made the definitive statement and Hollowell thanked her, he matter of factly stated that was not the case.

"Unfortunately, I would respectively say that we have reached a conclusion - that that is not the case - that the federal court orders do apply to everyone."

The Great Lakes Water Authority will be voted on by city council on Friday; if approved it would include six-members, two appointed by the mayor, one appointed by the governor and one each from the counties of Oakland, Wayne and Macomb.