CBS Detroit - In a recent campaign stop in Warren, it appears Joe Biden may have released details about GM's new electric Corvette that appears to be in the works. According to a report by The Detroit Bureau, an automotive industry news website labeled him a modern "deep throat" on the new Corvette. Joe Biden said, "But I gotta tell ya, I'm waiting for that electric one y'all just made that does 210 mph."

It is no secret that electric vehicles provide lots of torque and acceleration. As the Tesla Roadster is capable to 0 to 60 mph in just 1.9 seconds and a top speed of 250 mph. A Tesla Model S can do 0 to 60 mph in 2.3 seconds and tops out at 163 mph. Not bad for a car with an MSRP of $74,990. A gas-powered 2020 Chevrolet Corvette C8 starts with an MSRP of $59,995... if you can find one. So an electrified model may give other sports car brands and put other companies making EV's on notice. The Detroit Bureau also reported back in March that GM shutdown orders for the new 2020 model over strong demand and strike issues at the time causing delays in getting the Bowling Green Ohio plant up and running. They say many eager customers may have to wait until 2021 before they can take delivery.

While the new electric Corvette sources say are in the works, what this entails performance-wise appears to be speculation at this point. GM has already trademarked the term "E-Ray" which The Detroit Bureau says is a clear indication of what is to come. Having an electric Corvette may not only be a marketing move by GM to be a technology demonstrator for other future electric vehicles in their line-up but also as a brand strategy to elevate GM's luxury, performance,  and exclusivity status.

According to various sources, as reported by The Detroit Bureau, the Corvette Grand Sport will be the first electric model with a gas hybrid drive train. Taking the their current 6.2L V8 and adding an electric motor to boost performance from 495 HP to 600 HP in an all-wheel drive train to aid in traction and acceleration.

Now the 210 mph model Joe Biden was hinting at maybe what some rumors are saying is the "Corvette Zora". Named after the "father of the Corvette", Zora Arkus-Duntov. This they think will be the premium Corvette model pushing 1000 HP to the pavement. For comparison, a 2021 Ford GT makes 660 HP from a twin-turbo V6 and retails for about $500,000. Producing a 1000 HP Corvette could give performance comparable to such supercar brands like Aston Martin or McLaren.

The 1,000HP Zora model maybe a hybrid, with a race track package having a twin-turbo 5.5L V8 with one or more electric motors in the front luggage compartment. Some are speculating it's possible it could have an all-electric capability as well, such as the Chevrolet Volt can do. Auto blogger website GMauthority.com writes a version of the Corvette C8 may have a hybrid drive train with four 1.94 KWh batteries in the middle (most likely for weight distribution) in the 600HP version. 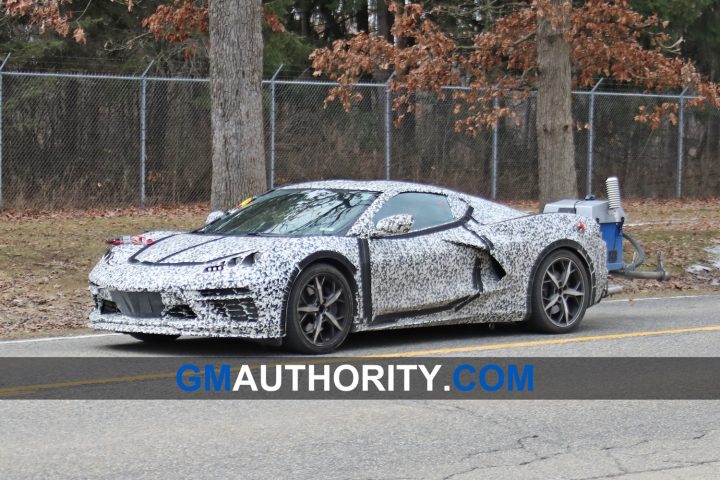 Credit: GMAuthority.com - A peek at the new E-Ray from the Milford proving grounds? 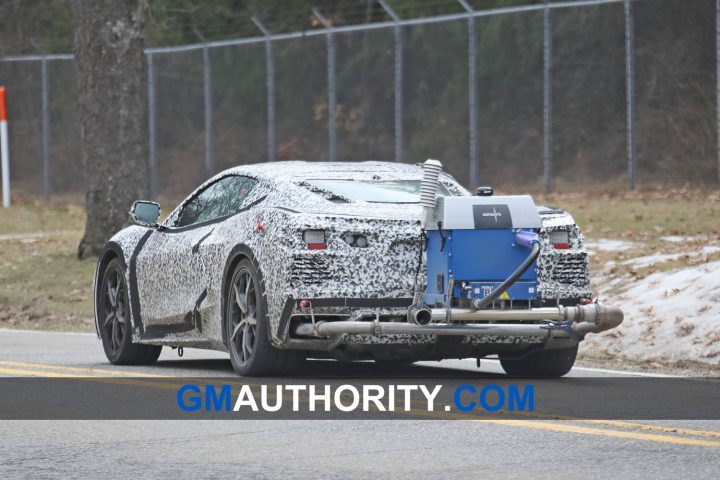 For now though, reports are it may be a few years before we see these cars being delivered to dealers. Possibly around 2025, with delays that could be related to COVID-19.

© 2020 CBS Broadcasting Inc. All Rights Reserved. This material may not be published, broadcast, rewritten, or redistributed. Information from The Detroit Bureau and GMAuthority.com contributed to this report.