This is the first time the Detroit Grand Prix will be held over two weekends, organizers announced Thursday.

The Detroit Grand Prix will host the IMSA SportsCar Championship series on June 4-5 and the INDYCAR Dual In Detroit returns June 12-13.

Prices have not been announced for tickets which will go on sale early next year.

The Detroit Grand Prix, which was originally scheduled for May 29-31, was canceled due to the coronavirus pandemic.

"The first weekend in June will be a sports car celebration with the exotic cars of IMSA. We will continue the tradition of the Dual in Detroit INDYCAR doubleheader the following weekend as we showcase Belle Isle, along with Detroit and Windsor, to a national audience through back-to-back days of network television coverage," Grand Prix Chairman Bud Denker said in the release. 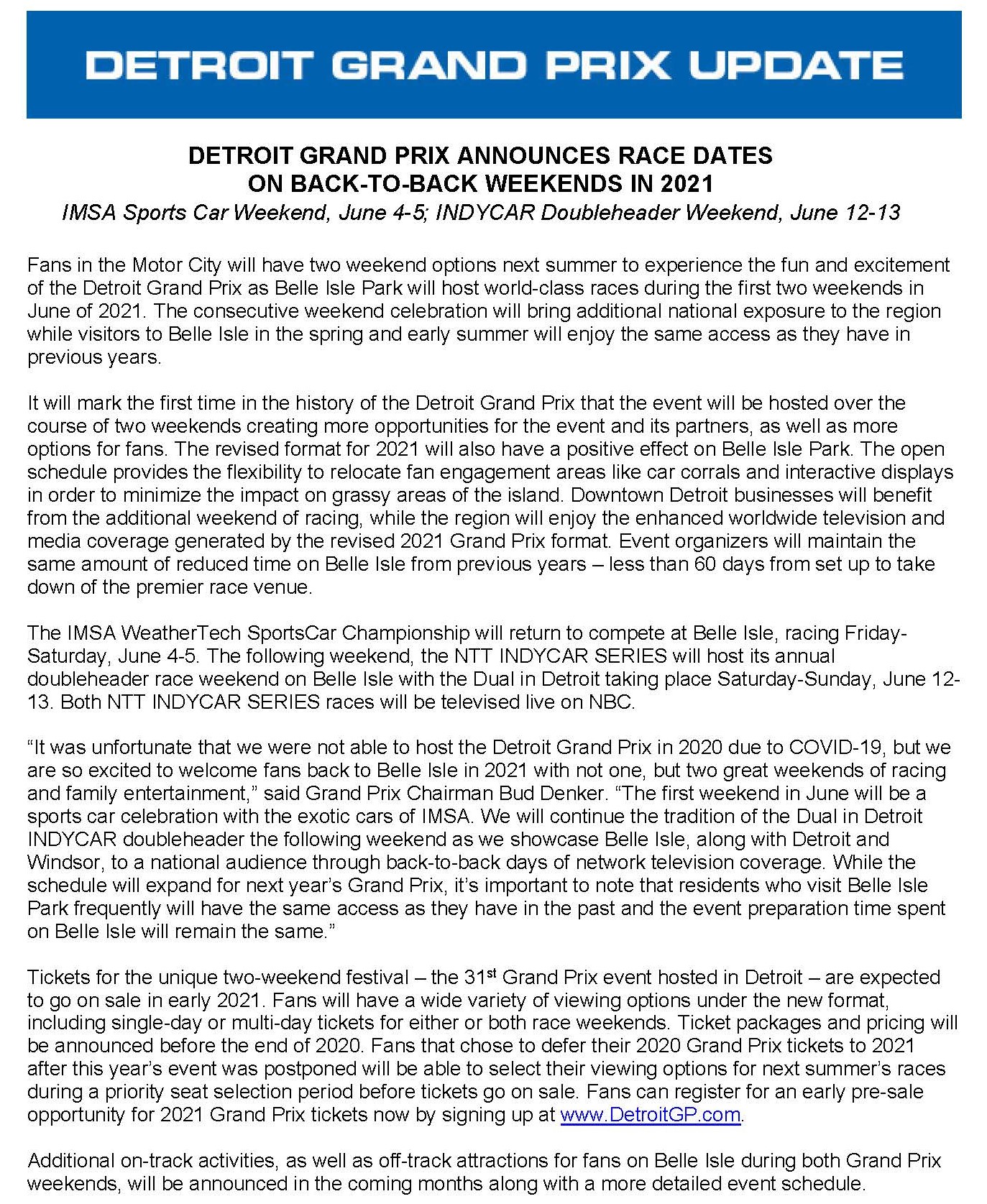