When is the right time to pull the trigger on the waiver wire? It’s a question fantasy owners will struggle with early in the season. Do you drop one of your late-round sleepers for a possible surprise player two weeks into the season? Do you give up on the guy you researched for months for a player who pitched two good games?

Knowing your roster, and knowing when an upgrade is necessary, is one of the biggest advantages a fantasy owner can have. While it’s difficult to drop a player you believe in, you don’t want to be the one who misses out on Chris Davis because you were too cautious.

Jesse Chavez is already starting to draw attention on the waiver wire. The 30-year-old may be older than the typical breakout candidate, but he’s starting to show that he might be the latest example of waiver wire gold.

Chavez isn’t some hot young rookie who is taking the league by storm. He’s actually just started his seventh season, and has played on five different teams. So, why should you take a shot on this guy? Well, he’s pitched with a slightly altered repertoire. Chavez is using his change up more often this year, and it’s helped neutralize left-handers. The Astros once again lead the league in strikeout rate, making Chavez a strong start week 4.

Rasmus was just starting a hot streak before a hamstring injury knocked him out of action for a few days in week 3. He returned to action and immediately collected two hits, calming fears that his hamstring injury could prevent him from producing at the plate. When things are going well, Rasmus is able to take advantage of his home park, where he slugged .563 last season. All six of his games come at home next week.

Players I would start him over: Torii Hunter, Curtis Granderson, Austin Jackson 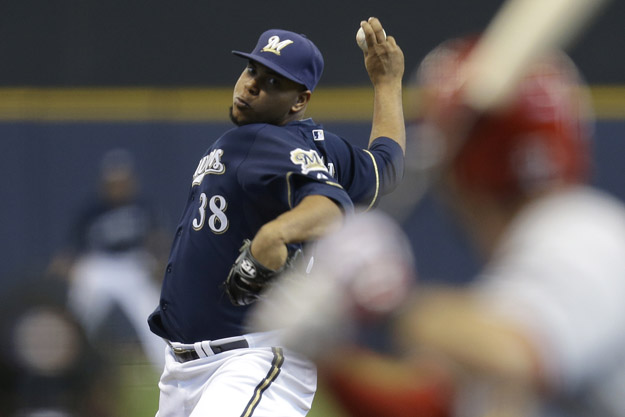 While he hasn’t completely figured it out yet, there’s a lot to like about Peralta’s hot start. His strikeout rate is slightly up and his walk rate has dropped. More importantly, he’s throwing harder and his power-sinker is really working. Through three starts, he’s posted a 61.8 percent ground ball rate, which ranks fourth among all pitchers. His two starts come against the Padres and Cubs, two teams who have done nothing offensively this year. There’s some upside here if he can keep the ball on the ground.

Players I would start him over: Chris Tillman, R.A. Dickey, Chris Archer

After showing strong on-base skills early in the year, Bogaerts is starting to string together some hits now. The young shortstop will play in two strong hitter’s parks week 4, so there’s a chance he adds to his home run total. It’s easy to forget Bogaerts is just 21-years-old due to his advanced approach at the plate. He was a tremendous prospect a year ago and seems to be on the verge of fulfilling his promise.

Players I would start him over: Jhonny Peralta, Jean Segura, Brad Miller

Khris Davis has yet to hit a home run this season. The outfielder posted a ridiculous .596 slugging percentage in 2013, but hasn’t been able to produce power numbers in the early going. Some home-cooking could change that. Miller Park plays pretty hitter friendly, particularly when it comes to the long ball. The power is going to arrive, and week 4 seems like a good time to take a risk on it showing up.

Players I would start him over: Torii Hunter, Chris Colabello, Curtis Granderson 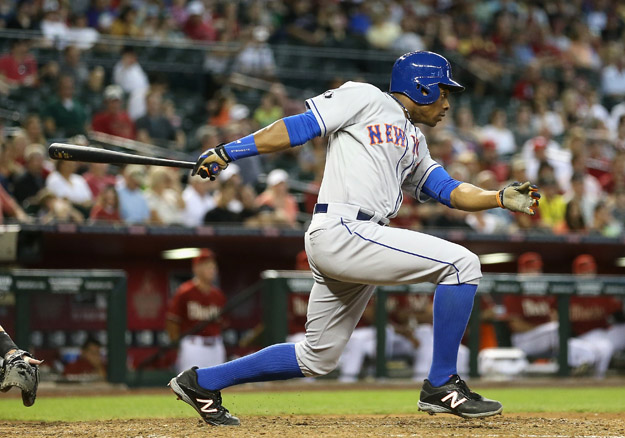 Hits have been hard to come by for Granderson in the early going. While his average has long been an issue, his power is what has kept his value alive. After playing at an extreme pitcher’s park early on, Granderson now plays at CitiField, which has morphed into a neutral park since the fences were moved in. Still, this isn’t Yankee Stadium, where Granderson was able to take advantage some small dimensions. Give him a week to get going.

Hunter is another veteran who hasn’t gotten off to strong start this season. While his age is certainly a concern, it’s tough to bet against his track record in recent years. That said, he’s not entirely dependable yet and there are other options out there that can help now. Hunter still hits in a good spot in a strong offense, so there’s no reason to totally give up on him and drop him right now. But it might be worth it to give someone else a shot this week. 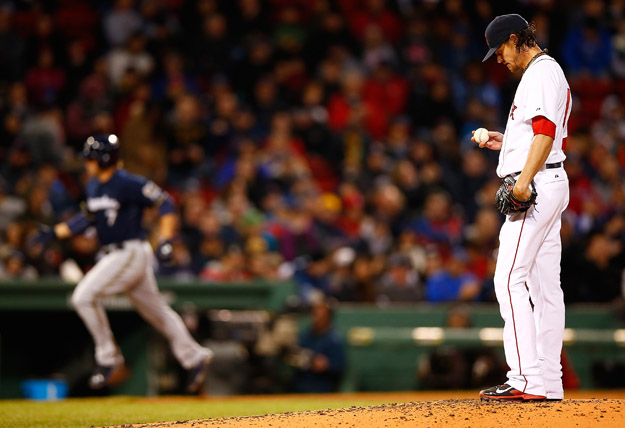 Outside of his first start fiasco against the Brewers, Buchholz has been pretty solid this year. While he’s not a terrible start, he does have some unfortunate match-ups Week 4. While the Orioles haven’t put things together at the plate yet, it’s always tough to face a division rival in a small park. After taking on Baltimore, Buchholz travels to an even better home run spot in Toronto. It’s certainly possible Buchholz gets through both starts with solid numbers, but the match-ups make him a risk.

The knuckleball can be a fickle thing. When Dickey is on, it’s a beauty to watch. When he’s off, the results are disastrous. It’s been more of the latter this year, as Dickey’s control/command seems to have abandoned him. While it’s possible he figures things out and gets his act together, it’s difficult to trust him against two division rivals in the homer-happy Rogers Centre.

Players I would start instead: Jesse Chavez (one start), Wily Peralta, Zack Wheeler (one start)

Craig is actually starting to come around at the plate, but four games at CitiField could slow his bat. The issue here isn’t necessarily Craig’s performance, it’s the fact that there are so many other strong options at first and in the outfield. Craig is going to eventually produce, but there are other players at those positions who can give fantasy owners production now. Go with those guys for now while Craig’s bat heats up.