When you think of Detroit, the Motor City, the first thing that comes to your mind is probably not "national parks," but in reality, one of Michigan's best national parks is located just south of the city. Michigan also has four other officially designated and protected national parks, all of which show off the splendor and beauty of this amazing state. The location for each national park varies across the state, offering some different sights to see at each new park you visit.
River Raisin National Battlefield Park
1403 East Elm Avenue
Monroe, MI 48162
(734) 243-7136
www.nps.govThroughout the great War of 1812, many devastating battles were fought throughout the State of Michigan. But in January of 1813, the River Raisin was the site of one of the most incredible battles of that war. The area served as the turning point in the war after invaders killed many Americans and soon the saying "Remember the Raisin!" became the American battle cry that motivated the troops to fight back and reclaim the Northwest Territories. Come visit a piece of living war history right outside of modern-day Detroit. 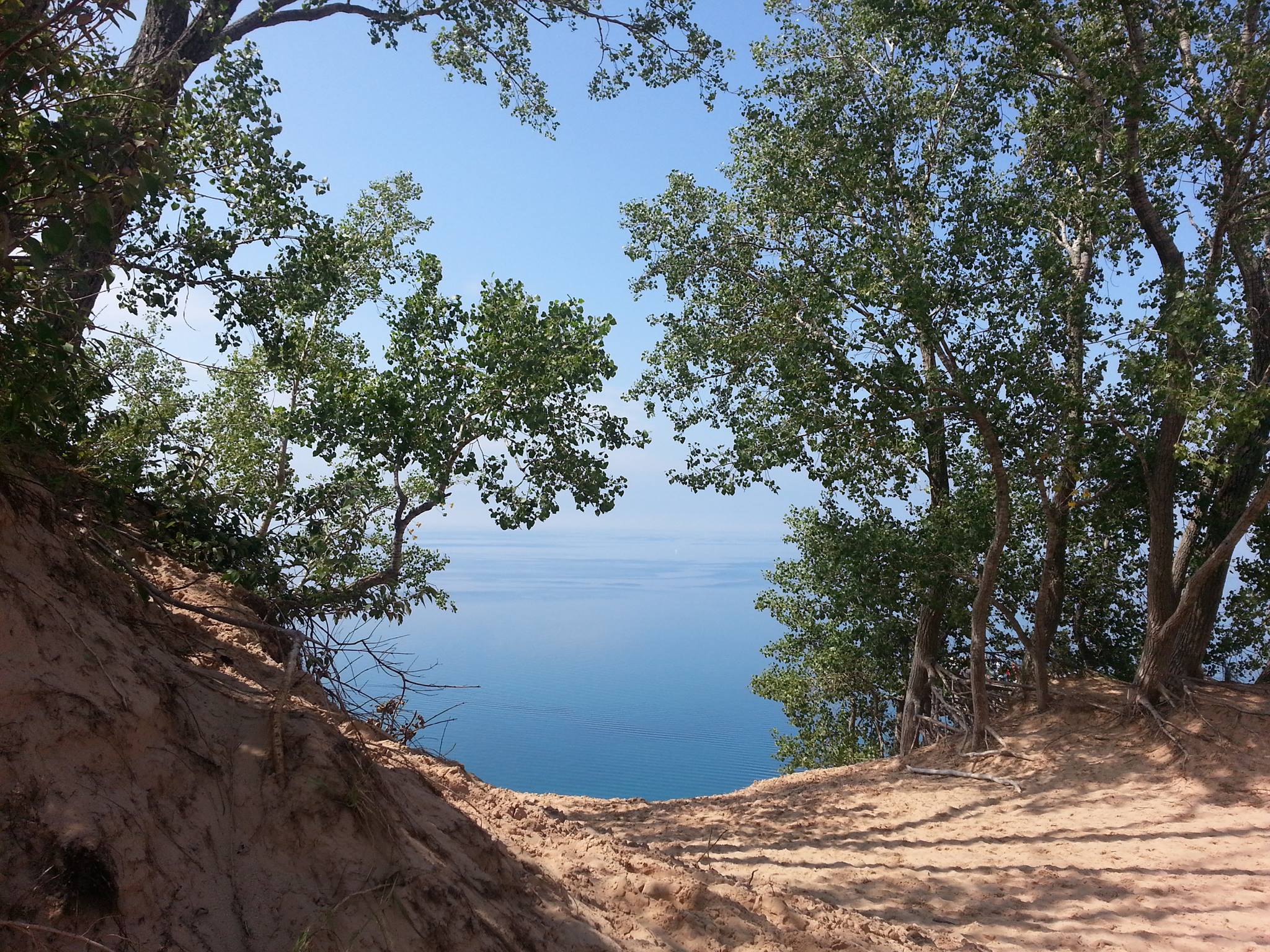 Sleeping Bear Dunes National Lakeshore
6748 South Dune Highway
Empire, MI 49630
(231) 326-5134
www.nps.govAlmost any childhood growing up in Michigan cannot be called complete without a trip at some point to the Sleeping Bear Dunes National Lakeshore. From Detroit, it's not a terribly long drive, and in the end, few can hardly say that it is not worth the trip. The magnificent lakeshore positions visitors hundreds and even thousands of feet up off the coast of Lake Michigan, allowing them to cast their gaze far into the wild, blue waters. Always voted one of the most breathtaking spots in all of Michigan, Sleeping Bear is an absolute must-visit location for tourists and state locals alike.

Pictured Rocks National Lakeshore
Grand Marais, MI 49839
(906) 387-3700
www.nps.govFor any camping or hiking aficionado, namely those who like to blend the rugged experience of trailing through the outdoors alongside the beauty and splendor of a beachside cliff or sandy shores, Pictured Rocks National Lakeshore offers one of America's absolute best areas for you. Tree-lined shores along Lake Superior stretch for 40 miles within this national park, allowing visitors to experience some of the most beautiful and remote areas of the great state of Michigan. Summer is obviously the best time to take advantage of all this park has to offer, but there's plenty to see all year-round.

Related: Best Places For A Cabin Weekend Near Detroit

Keweenaw National Historical Park
25970 Red Jacket Road
Calumet, MI 49913
(906) 337-3168
www.nps.govFor over 7,000 years, settlers in this Michigan area of Calumet have been mining the Keweenaw copper that helped to make the native peoples strong and prosperous. The Keeweenaw native tribe used the copper to make tools, weapons and many other items. During the industrial revolution, the mineral was in high demand, and the area was mined and stripped clean. The mines are now closed, but their mark and strange, splendid beauty can still be seen all around this national park.
Isle Royale National Park
Houghton, MI 49931
(906) 482-0984
www.nps.govWay in the upper reaches of Michigan, off in the stunning Great Lake of Superior, Isle Royale National Park is an actual island, teeming with and surrounded by an exorbitant amount of natural beauty and splendor. Each spring and summer (the park is closed from November through April each year due to water conditions), this island, left mostly untouched by modern man, still remains home to seeing much of Michigan the way it was before the environmental footprint that we have left behind in so many other areas. From moose and deer to wolves and bears, Isle Royale is like nowhere else, for stepping into this wilderness is like stepping back to a time before civilized man.

Michael Ferro is freelance writer and a graduate of Michigan State University where he majored in Creative Writing and received the Jim Cash Creative Writing Award. Born and bred in Detroit, he currently resides in Ypsilanti Township. Additional writing can be found at Examiner.com.