CBS Detroit - On Farmington Road in Livona, just south of I-96, is an industrial district of various manufacturing shops and factories. Right next to the train tracks sits KCS Advanced Machining Services, and they are putting Michigan manufacturing on the map in the aerospace industry. In a report by Hometown Life, KCS specializes in multi-axis CNC metal cutting. The company is owned by Kyle Szczpienski, a graduate of Livonia's Stevenson High School, started as a small building in Allen Park just 10 years ago.

According to its website, a company contracted by NASA needed a company that could manufacture various parts for its newly designed xEMU space suit. The engineering challenge to the suit was the Hard Upper Torso (HUT). The xEMU is being developed for the upcoming NASA Artemis mission which plans to put humans back on the moon by 2024 and then to Mars. The current spacesuits NASA uses have engineering dating back to the 1980s. 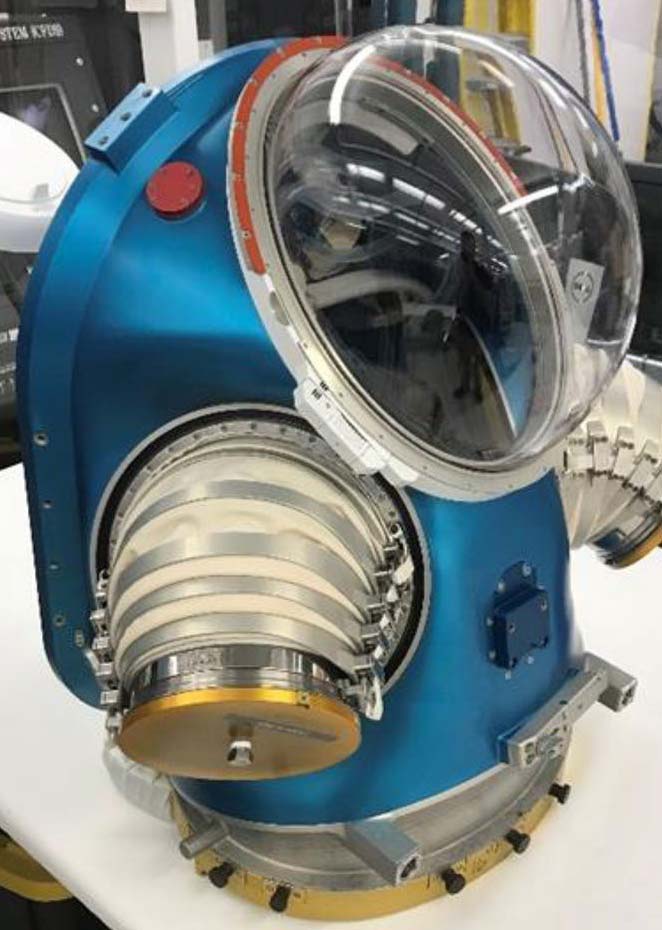 What makes the xEMU's HUT difficult to make is the design calls for complex curves, surfaces, and angles, with extremely tight tolerances. The metal frame of the HUT has a thickness of only 1/8 of an inch. Which makes only a few shops in the country that can handle such projects.

What put KCS Advanced Machining Services on the map was social media. They started out making high-performance automotive racing manifolds, one of their specialties and advertised them online. One day, a company looking for shops to make parts for xEMU came across their work with the automotive manifolds on Instagram.

"Through social media, I landed my no. 1 customer with the most potential and opportunity for growth in the history of my business," Szczpienski told Hometown Life. "We're pretty young and modern so we advertise our services on social media because it's a pretty cool community for it."

The rest is history so-to-speak, as they have been making parts for the xEMU spacesuits for some years. Right now they are working on prototype parts, which then will move to make the test suits. After those phases are finished, production for the actual suits astronauts will wear in space will begin. "It's been scaling up," Szczpienski said. "We're expecting to start making production suits as we get closer to 2024."

Szczpienski says they, and only one other shop can do the kind of machining and specialized manufacturing that they can do. The other company was unable to fund a regional firm. So KCS got the call to start making components.

This work they have doing has put KCS on the map. On October 29 state and federal legislators toured their facility in Livonia. According to Szczypienski. He hopes more work like this continues. Gordon Cole, who also works for KCS told Hometown Life that Michigan ranks 28th in receiving aerospace funding from the government. Given the state's rich automotive history and engineering talent, he and others hope more aerospace work comes here. As places like Huntsville, AL and Los Angeles get the work but ship here to Michigan for prototyping and engineering.

Szczypienski says with the Artemis mission and private companies like Space-X now venturing into space, the stars are the limits for his business, and there isn't any slowing down. "It's only going to pick up from here," Szczypienski told Hometown life. The challenge he says is finding the right people for his company, however he's excited by the new facility being built by Schoolcraft College in the heart of Livonia's manufacturing strip. Placing students in their manufacturing programs where they are most likely to find jobs. Which he hopes will breed new talent for companies like his to thrive.

"If you're motivated and you're hungry and you're focused, you can make cooler stuff than washers," Szczypienski said to Hometown Life. "Anybody can learn to make washers. But we're making spacesuits."

The Artemis program is a $28 billion plan by NASA that will put the first woman and the next man on the moon since December of 1972. Which hopes to be the building block of putting humans on Mars.

© 2020 CBS Broadcasting Inc. All Rights Reserved. This material may not be published, broadcast, rewritten, or redistributed. Information from Hometown Life contributed to this report.