CROWN POINT, Ind. (CBS) -- An Indiana state trooper is recovering after being shot during a pursuit on I-65 in Northwest Indiana Friday night.

The suspect being pursued by police was shot and killed by troopers. The trooper who was shot is expected to make a full recovery, according to Indiana State Police.

The suspect's car was reported stolen from a gas station about 45 miles away.

It all began when police got a call for an armed robbery and carjacking in Remington, Indiana, around 10:15 p.m. at the Pilot truck stop. The victim told police a man wearing a mask pointed a gun at the victim's head and took the victim's car.

A Demotte police officer first spotted the stolen black Mitsubishi going northbound on I-65. The officer was going to pull the car over but couldn't because he was having issues with the emergency lights and eventually lost sight of the car.

Two troopers in the area saw the stolen car and tried to pull it over, but the suspect did not stop and led police on a chase. At some point the car had a flat tire, and that's when police say the suspect got out of the car and began shooting at two troopers.

One of them was shot and taken to the hospital.

The suspect was pronounced dead at the scene. 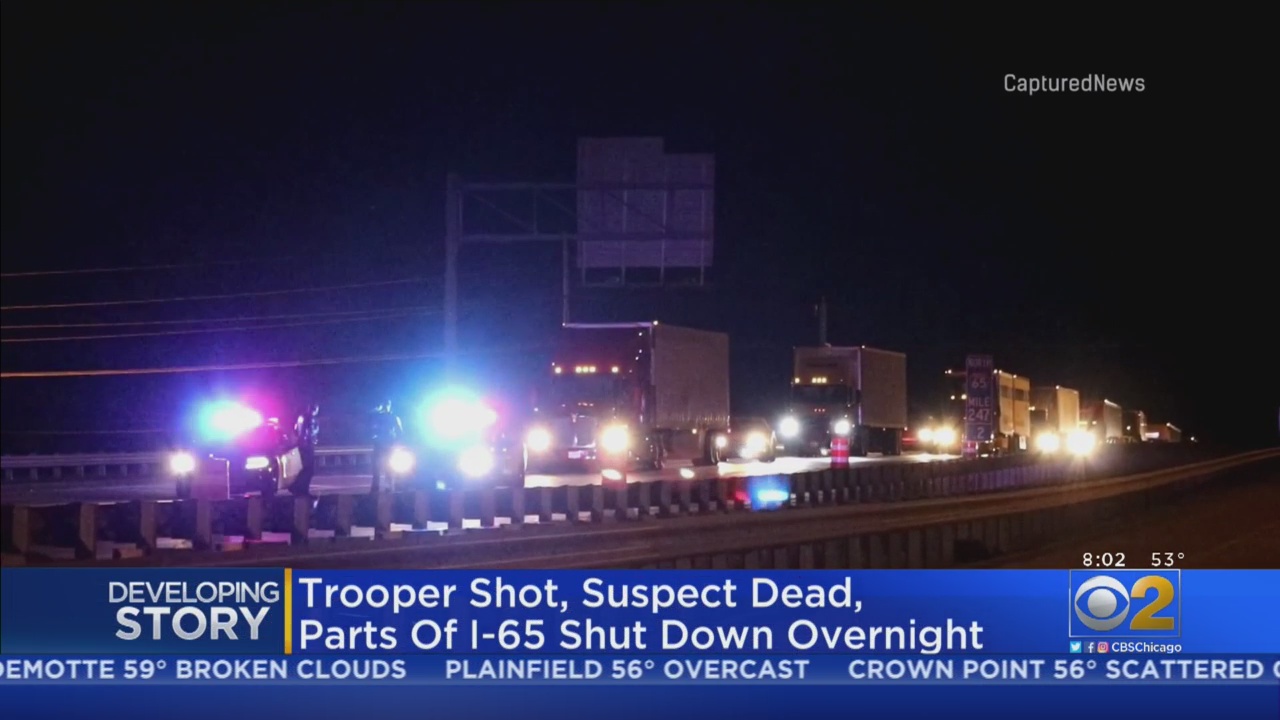 State police had all northbound and southbound lanes of I-65 near Route 231 shut down for hours as part of their investigation.

The man who died was identified by the Lake County Coroner's Office as Caine Van Pelt, 23, of Chicago. State police plan to release the names of the troopers involved in the next few days.

Indiana State Police are asking for help finding a second person seen at the Pilot. He was seen possible driving a silver Toyota Corolla that was seen entering the truck stop with its hazard lights activated. The Toyota was seen parked next to the black Mitsubishi that was stolen and left at the same time as the stolen Mitsubishi.

Anyone with information on who the person driving the silver Toyota is or who saw the vehicle on I-65 is asked to contact Det. Smith or Det. Rector at the Lafayette State Police Post at (765)567-2125.