CHICAGO (CBS) -- Inbound and outbound trains for Metra Electric and South Shore were halted between 51st Street and Millennium Station due to "electrical power issues" during rush hour Tuesday, according to Metra. Passengers were boarding Metra and South Shore trains, and some trains were moving shortly before 7 p.m. after power was restored to at least one track, according to Metra. 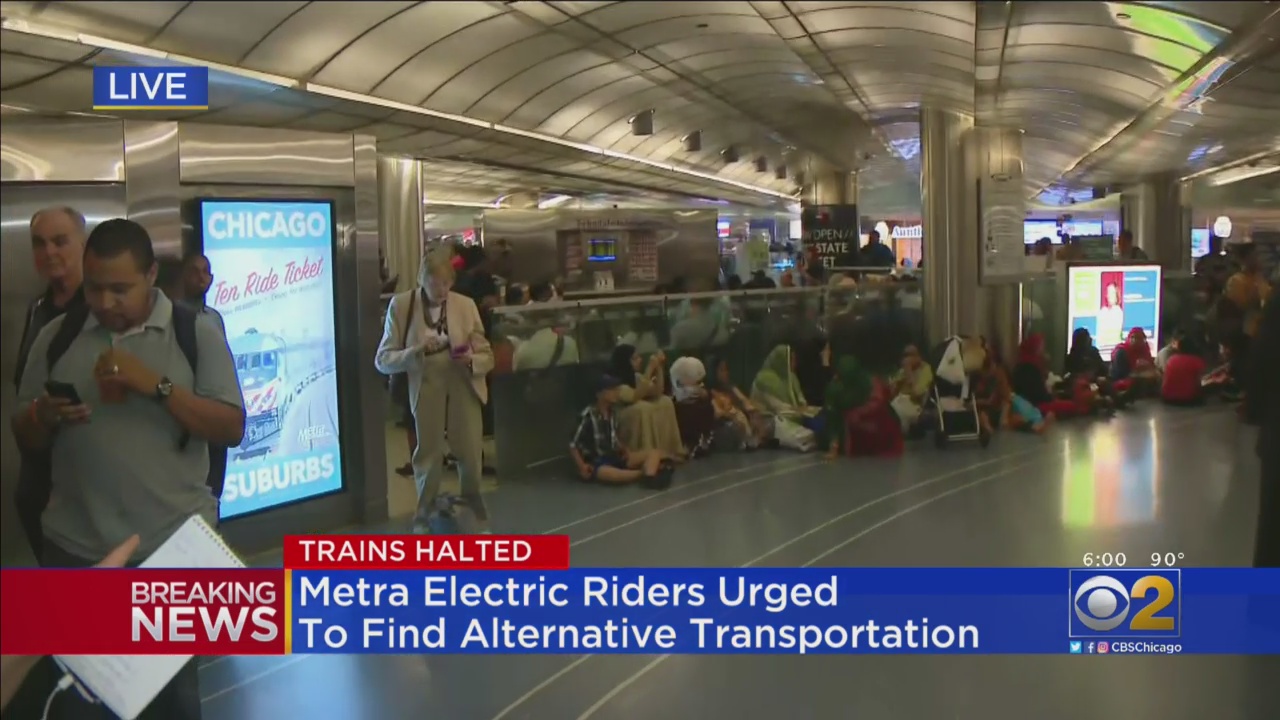 Outbound trains were unable to depart from Millennium Station, and inbound trains will were halted approaching 51st Street. Chopper 2 found South Shore passengers stopped at the Museum Campus stop near Roosevelt Road.  The commuters were allowed off the train, apparently because there was no air conditioning on board due to the power outage.

South Shore trains to Northwest Indiana were also affected, according to the website, which stated that train service was "disrupted momentarily." As of 6 p.m., service had been stopped for about two hours. Passengers told CBS 2's Chelsea Irving that officials first announced the power outages shortly after 4 p.m.

Officials said two substations that supply electricity to the line were affected, and it was "possibly heat-related."

Officials did not have an exact number of trains affected.