CHICAGO (CBS) -- Rapid-fire gunshots rang out in Chicago's River North neighborhood just after midnight Saturday morning. Someone drove up and shot a 27-year-old man near the lobby of the Home2 Suites by Hilton at Huron Street at Clark Street.

The man was struck several times in the legs. 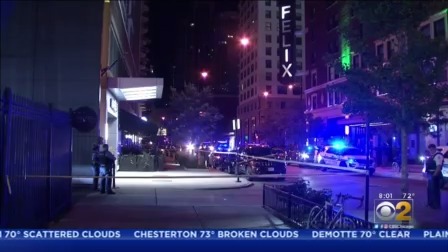 A friend drove the shooting victim to Rush University Medical Center, according to police. He was then taken to Stroger Hospital and is in fair condition.

No one else was hurt in the shooting.