CBS 2's Jim Williams reports, large and small, there are several such artifacts across Chicagoland. They keep the lessons of that fateful day alive.

In their dignified silence, they speak volumes, urging us to move forward but also remember the past.

Most often, the 9/11 artifacts are pieces of the actual World Trade Center, like the one in downtown Des Plaines.

A local firefighter welded the 114-pound World Trade Center girder onto a granite slab, which was donated by a local monument company. A trophy store donated the plaque.

"It's truly amazing, and the thought process and design that goes into some of these memorials is, I think, breathtaking," said Jim Bardin.

Bardin pays respects at 9/11 memorials from coast to coast, as part of a motorcycle group called Tour of Honor.

CBS 2 met him in Park Ridge, where a six-foot beam from the towers stands outside city hall. The words "never forget" are etched in stone.

For Tour of Honor members like Bardin, the 9/11 artifacts are personal. 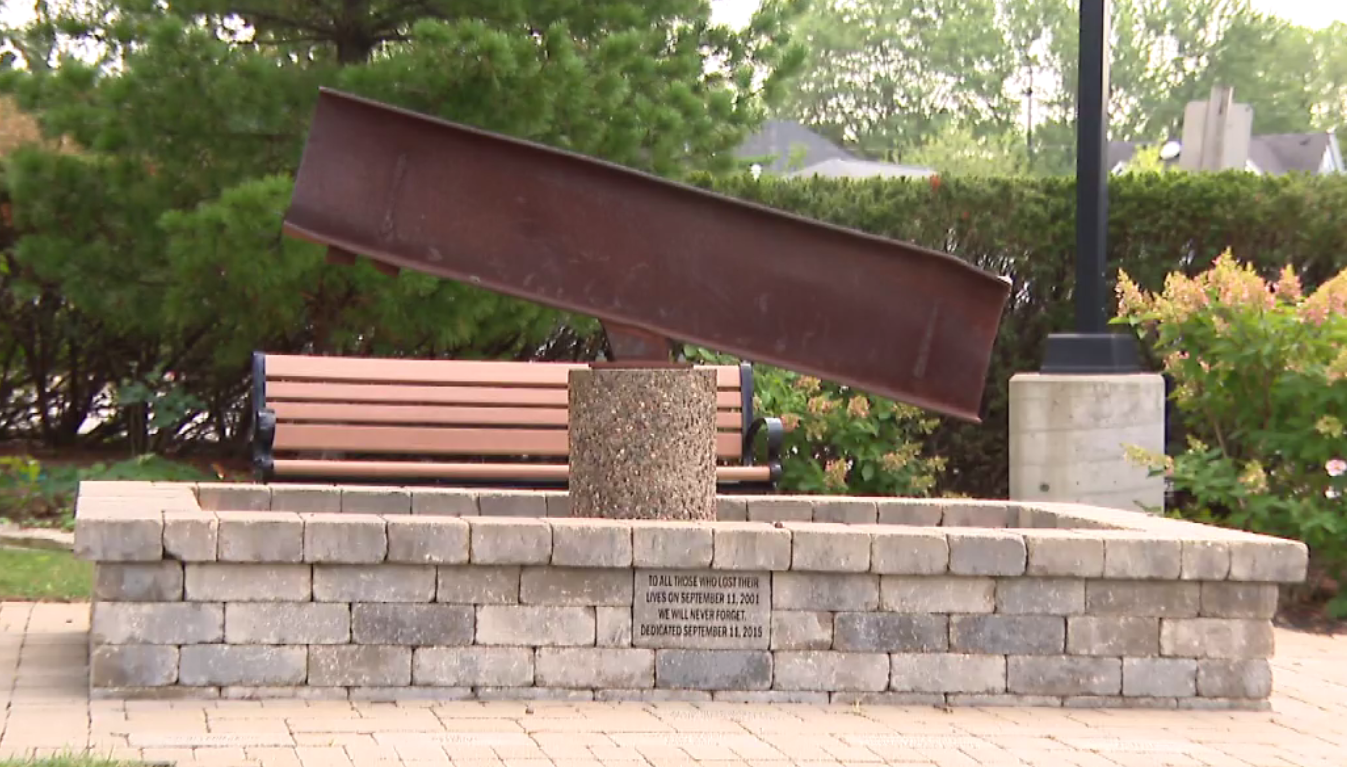 "One of our riders is a brother of one of the firefighters killed that day, so we have a connection," said Bardin.

Five-foot beams capped by a brass firefighter's helmet are a connection to 9/11 at the Carpentersville Fire Department. 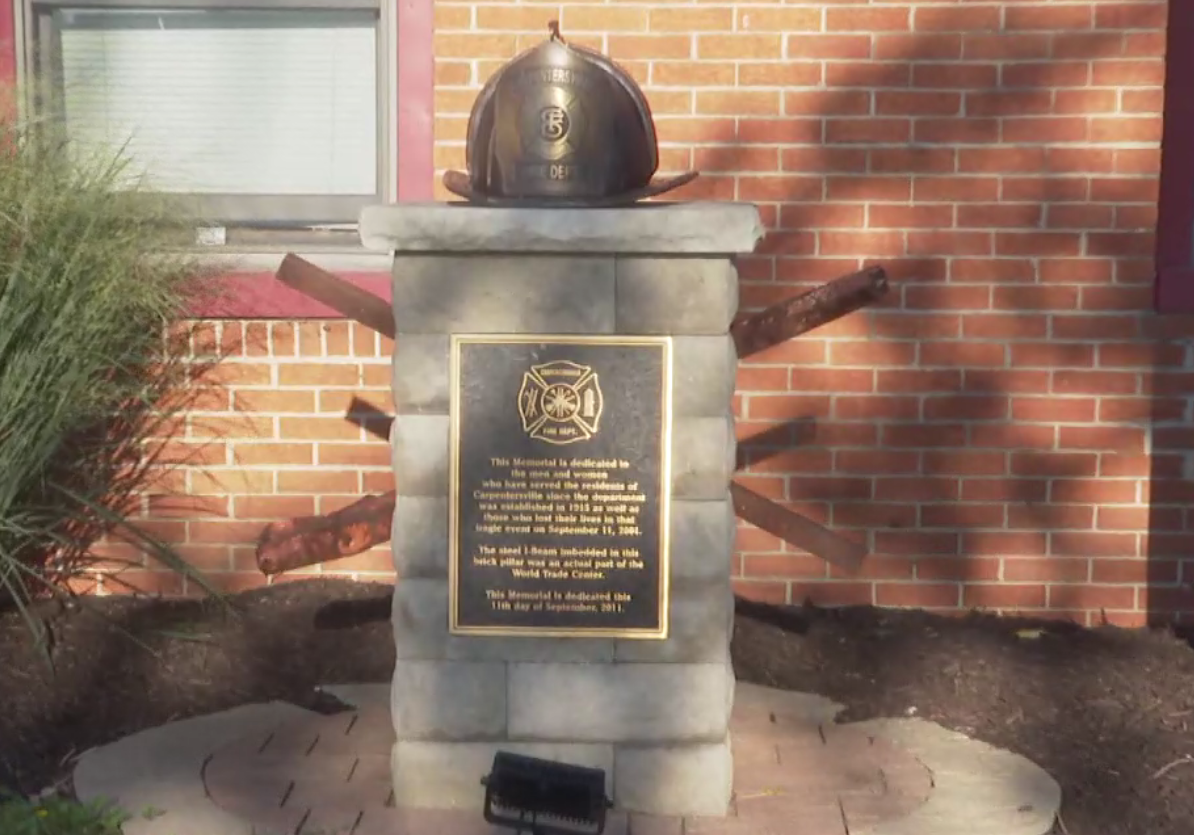 They're flanked by tablets with the fireman's prayer and a poem called "The Last Alarm."

"It's a daily reminder for the guys that work here that big sacrifices were made," said Battalion Chief Brian Simpson of the Carpentersville Fire Department. "Memories tend to fade, it's good to have something to remind you."

"Now we have people who are working for our fire department who have no living memory of 9/11, so this is a good place to start the conversation."

Nestled near a creek in Wheaton, two steel beams from the towers anchor a 9/11 memorial at Cantigny Park, outside of the First Division Museum.

"Not only can you see the beam, you can touch the beam and really get a sense of the power of that day," said the museum's executive director, Krewasky Salter.

While most of the 9/11 artifacts are made of steel, others are immortalized on paper.

Then a senior in high school. Melissa was outside for gym class in Norridge the morning of 9/11.

"I looked up and I saw airplanes, there were at least three of them, and they were on their way to O'Hare. "And they made a U-turn, and I noticed that was just weird."

She put her memories on Post It notes, adding to a growing display at the Schaumburg library.

"I wrote that I heard the sirens, and I went inside. They brought the TV that's when I saw the second plane hit the tower. "

"I remember seeing it and I wanted to give my little piece."