The truck was forced off the the road and into a guard rail. Illinois State Police say people in two different cars started shooting at each other as they drove into the city around 4:15 a.m. 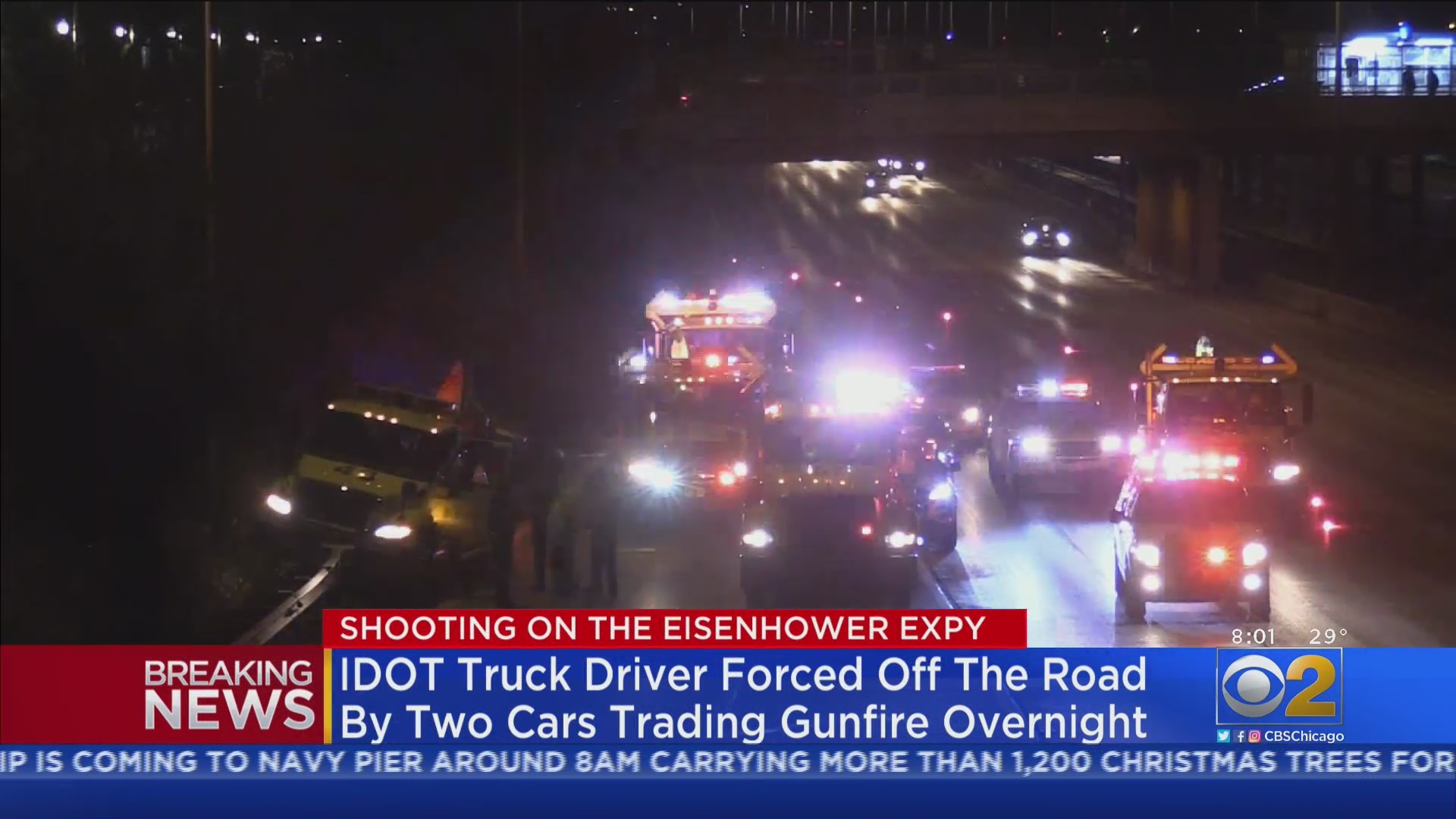 The IDOT driver was not shot, but his truck was hit three times. He was sent to Mt. Sinai Hospital with minor injuries.

State police are working to find the two cars involved.