CHICAGO (CBS)--Congressman Luis Gutierrez is closing his Logan Square office today so he can hire private security for his staff after a troubling incident.

A man wearing a blue shirt, whose image was captured on surveillance camera, entered Gutierrez's office at 2 p.m. on Wednesday. 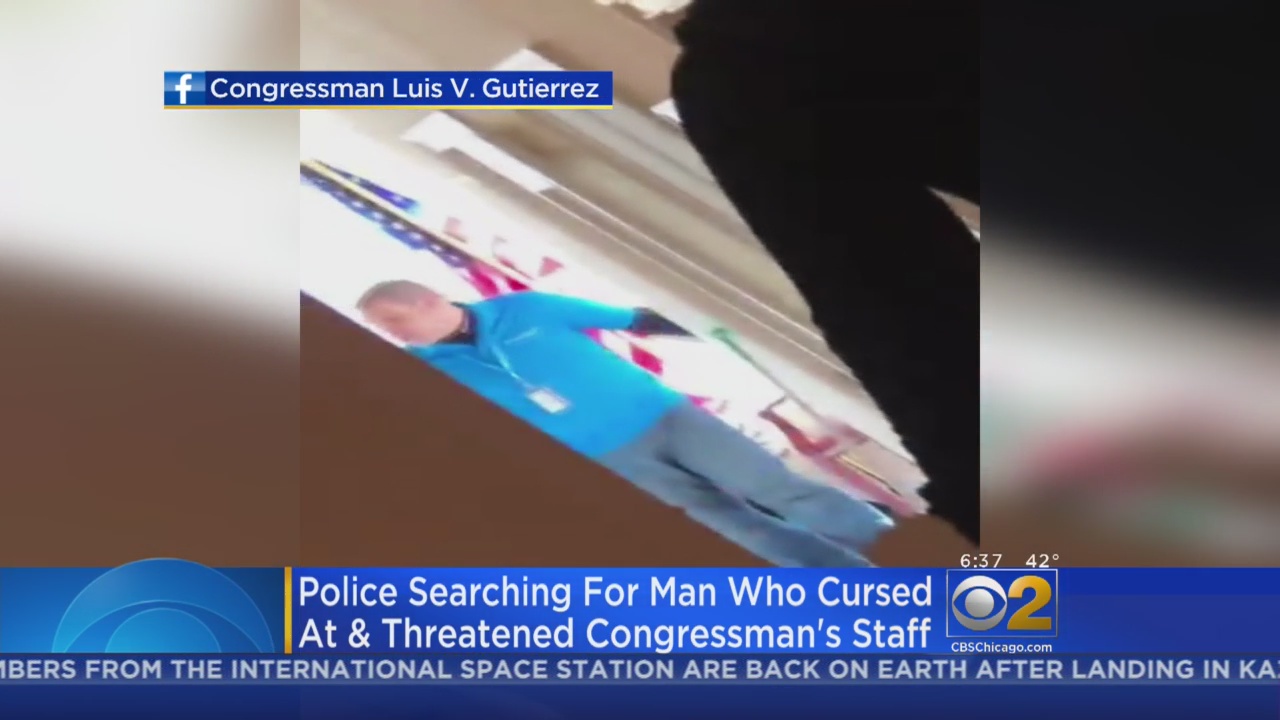 The unidentified man also threw items around the office before leaving, but then came back for a second round of ranting.

The man said he was a precinct captain for Alderman Ariel Reboyras.

CBS 2 reached out to Reboyras but he had not responded. Rep. Gutierrez's daughter, Jessica, is running against Reboyras for his 30th Ward seat.

Gutierrez is asking anyone who knows the man to call his office or police.