CHICAGO (CBS)-- A crane helped remove a Chicago fire engine that came dangerously close to falling through a hole at a parking garage in South Shore at 10:40 a.m. Tuesday.

The Chicago Fire Department Engine 126, perched precariously on the garage's top deck, was responding to a medical emergency this senior center at 71st and Exchange. 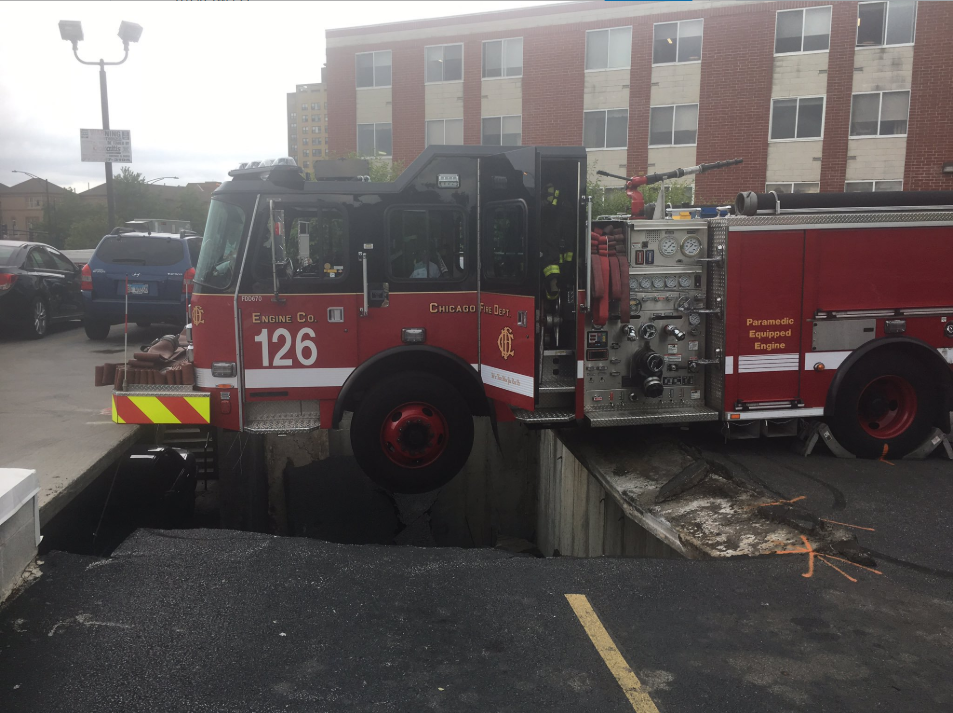 Workers placed a beam under front of the firetruck in order to drive the engine away.

Tamika Wilson works at the clinic next door.

"We did hear a little shaking like 'boom,' it get real loud. It kinda reminds you of like an earthquake," Wilson said.

Hanging on the edge, only the front bumper was keeping the entire truck from crashing to the lower level. A large slab of concrete underneath the truck had given way.

The lone firefighter inside the truck crawled out of the back, while his colleagues were taking care of the emergency inside the senior center.

The truck weighs more than 40,000 pounds with water, so firefighters drained the rig to lighten the loud.

City records show the garage was built in the late 1990s was repaired 12 years ago.

The fire department said it was thankful the collapse had not happened when passenger vehicles were driving on the deck, or they could have fallen through the hole.

"I'm glad everything is okay and no one got hurt, because it looked dangerous," Wilson said.