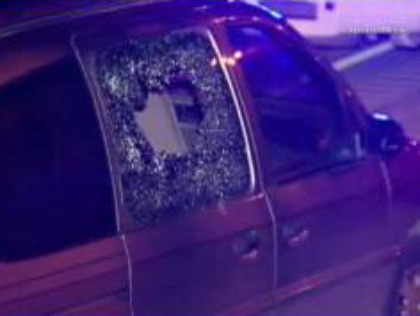 CHICAGO (CBS) -- Chicago police are investigating the murder of a man who was found shot along the Eisenhower Expressway early this morning.

Police say the man was shot at a gas station in the 5200 block of West Jackson and either drove or was driven to the inbound Eisenhower where the minivan he was in pulled over along the shoulder just past Kostner.

State police tell Newsradio the man had been shot twice in the back and that the woman he was with was being interviewed by Chicago police, who are trying to figure out who did the shooting and what triggered it.

Police say the man died while paramedics were taking him to Mt. Sinai Hospital. Fire Department Chief Joe Roccasalva says the victim was in "very critical" condition and that CPR was being performed on him as paramedics rush him to Mt. Sinai.

The Cook County Medical Examiner's Office say the victim was 28-years old. His name is not yet being made public because his family has not yet been notified.

Two lanes of the inbound Eisenhower Expressway were closed for more than an hour as police investigated.