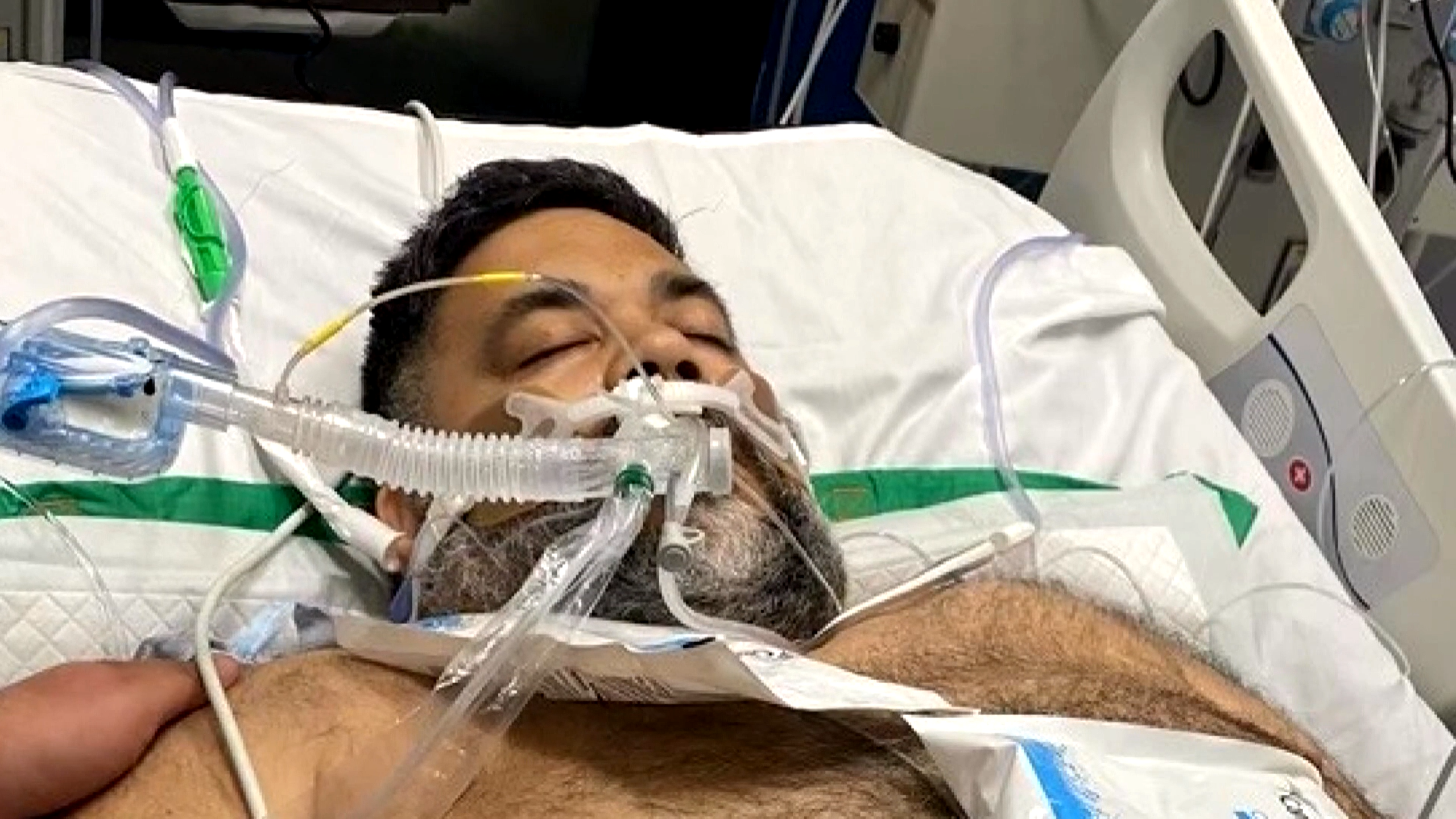 CHICAGO (CBS) -- Raul Basulto is a U.S. Marine Corps veteran who fought in Operation Desert Storm and a father of three – and now he is in the ICU in danger of losing his leg.

The reason is injuries he suffered in a high-and-run crash on the city's Northwest Side. CBS 2's Tim McNicholas spoke to Basulto's family – who are hoping someone knows something - to help catch the driver.

Basulto's family describes him a loving father with a heart of gold. Now they are praying for him at the Advocate Illinois Masonic Medical Center.

Tayupanta shared this tearful message for whoever hit her brother-in-law.

"You guys have ruined a man's life that for the most part, he has dedicated it to his community and his family," Tayupanta said.

Basulto was running an errand Saturday afternoon near Pulaski and Irving Park roads. He was standing right behind his own car, getting something from his trunk.

That was when a dark pickup truck with two men inside slammed into a red Toyota parked behind Basulto - pinning his leg between the red car and his own car.

Basulto told his family the men saw him but drove away.

"I know you know, because you stared at my brother in law's face," Tayupanta said. "Just know that you have turned so many people's lives upside down,"

The Marine Corps veteran tried to wrap his belt around his leg to try to stop the bleeding, and a Good Samaritan even stopped to help him. But much of his leg was shattered.

He will undergo two surgeries this week and then doctors will decide whether an amputation is needed.

"As a Catholic, I forgive you," Tayupanta said. "But as a community member, turn yourself in. Do the right thing."

From Basulto's own children -- two sons and a daughter -- to the countless kids he's helped over the years as a Boy Scout Leader, Tayupanta says there are people all over the Chicago area who are devastated.

"We teach our boys to do right, to do good, and that's what he's done all his life," she said. "So for somebody not to do it for him, it's not right."

But she says it's not too late for the driver to make it right.

Tim McNicholas is a Morning Insider reporter for CBS2 Chicago.