CHICAGO (CBS) -- Cook County Board President Toni Preckwinkle join the family and friends of a woman lost to gun violence Friday to call for justice.

Police say Tamkio Talbert-Fleming, was driving here on 71st street near Artesian, early last Friday morning, when someone in the backseat of a black SUV fired shots. Talbert-Fleming was shot in the head. She continued driving until she hit a parked car. As CBS 2 Suzanne Le Mignot reports, the 49-year-old wife, mother, and hairstylist was on her way to work.

"Tamiko was taken from us because of a senseless act of violence. I want to ensure Tamiko's case receives the same level of attention as someone on the north side," said Juanita Bates-Pope, Godsister. "People are afraid to go anywhere because we don't feel safe in our own communities."

Preckwinkle and other officials Wednesday morning is asking for any information on the shooting and say an additional $30 million from the Justice Advisory Council will be being given to community-based organizations for violence prevention programs over the next three years.

She said daily shootings and homicides in Chicago cannot be the new normal.

"As we speak, a joint committee of Cook County's health and criminal justice committees is being held to confront the high levels of violence plaguing our communities," Preckwinkle said. 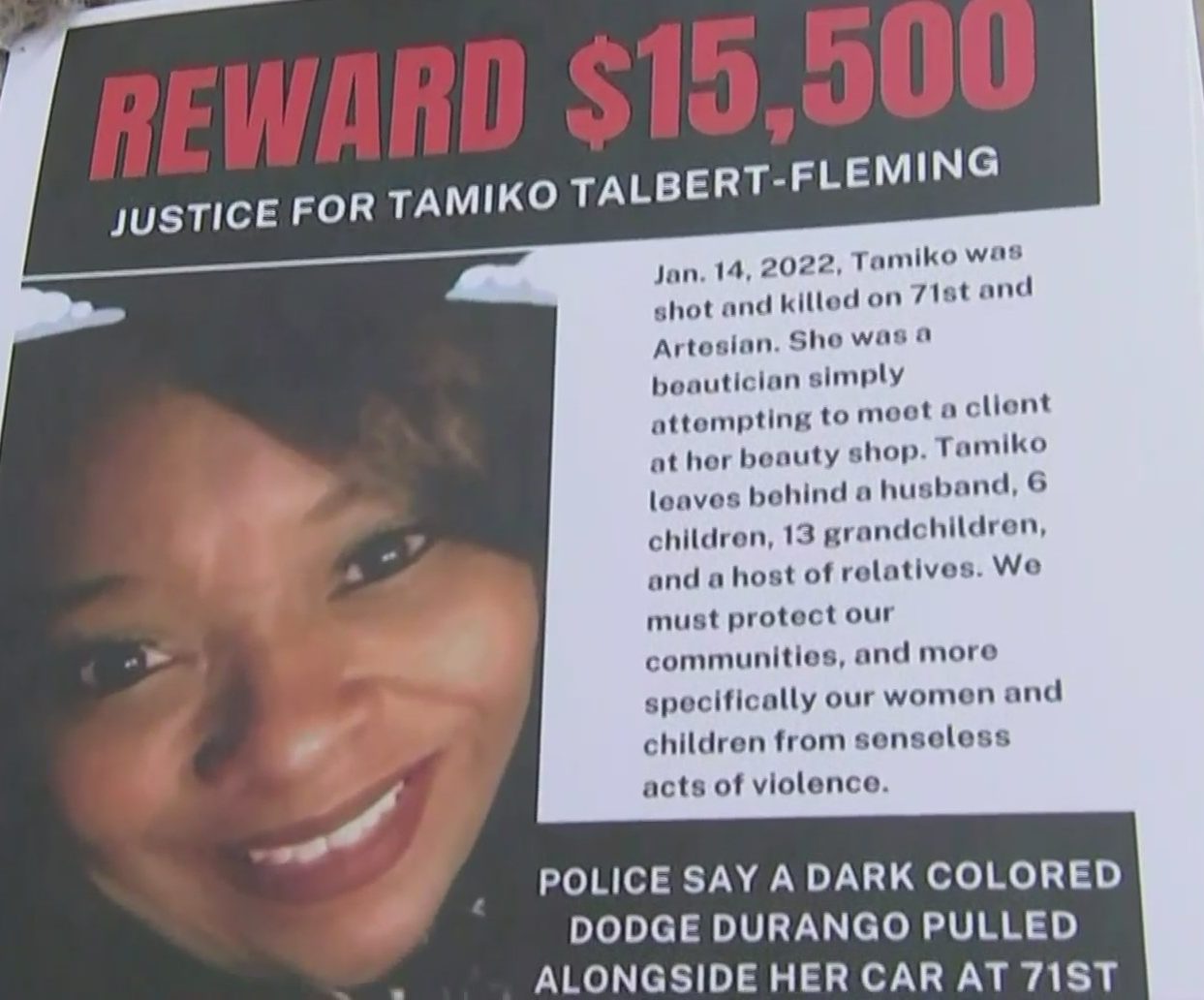 Talbert's husband Alfonso was one of the speakers who recalled his last conversation with her and recounts the moment of that day.

"Friday morning, 4 O'Clock, and I leave right out the house my wife kissed me and we both said at the same time baby I love you, I'll talk to you later. it wasn't 15 minutes later her client called me. I said did you call me by accident, she had 20 missed calls on my phone. And first thing I said was you must've called... she said no Alfonso, your wife just got shot," he said.

Preckwinkle says in 2021 there were more than 1,000 homicides in cook county and 23 percent of them were women -- double of the previous year.

"We empower ourselves by using our voices, by picking up the phone, by texting the message, giving us the information to hold those who are willing to kill the women, the children, and our neighbors, accountable," said Glen Brooks, Chicago Police Department.

Tamiko Talbert-Fleming leaves behind six children and 13 grandchildren. Her family is making a plea for anyone with information to come forward.