CICERO, Ill. (CBS) -- It is getting harder for rideshare drivers to know if they are picking up a customer or being set up.

As CBS 2's Jermont Terry reported, that was the feeling Tuesday night after a father of three was shot in the head and left brain dead during a carjacking in Cicero – after he handed over everything.

One juvenile suspect was apprehended. As Cicero police looked for the other three suspects connected to the deadly carjacking, the victim's family asked what else could be done to keep other rideshare drivers safe as they grieved the loving father. 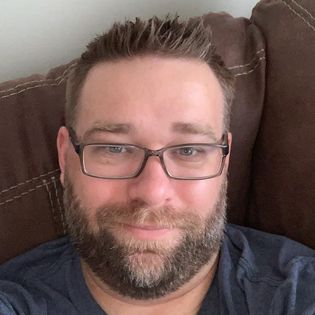 That is why Joe Schelstraete's family could barely find the words to tell his 10-, 12-, and 14-year-olds their dad won't be home again. He was being kept alive to harvest his organs for donation. On Wednesday, he passed away.

"This has been – in my opinion - the hardest part for her is speaking to the children," Bova said.

Schelstraete, 38, was on the job driving for Uber at 7:30 p.m. Monday. He pulled up to the intersection of 55th Avenue and 23rd Street in Cicero expecting a passenger. Instead, Cicero police said he was met by four robbers.

"They didn't have to kill him," Bova said. "He would have given them anything they wanted."

In fact, the investigation revealed Schelstraete did give up his cellphone and cash – yet he was shot in the head anyway.

"It definitely appears to be a series of very violent situations for independent drivers," Bova said.

Two weeks ago, another Uber driver was pistol-whipped and carjacked at the very same intersection in Cicero.

Over the weekend, Chicago Police issued a warning to rideshare drivers after several drivers were shot or robbed since May 21.

And now family reveals Schelstraete was attacked weeks earlier himself.

"He had a big bump on his head, and he promised his mom he wouldn't ever go back to that area for calls," Bova said.

He was in a new area Monday night, but a more violent situation. Police arrested one teen.

As police searched for the others involved, the family said the young age of the carjackers should not be taken into consideration with prosecutors.

Family told Terry that driving for Uber was Schelstraete's second job. His main job was for a steel company in Northwest Indiana, but he used the extra money from his Uber job to help his children.

On Tuesday night, those children were dealing with his loss.