CHICAGO (CBS) -- Michael Blackman, a person of interest in the shooting of a Chicago police officer Saturday morning in Englewood and a shooting in the Fulton River District earlier this week, is in custody, police confirm. 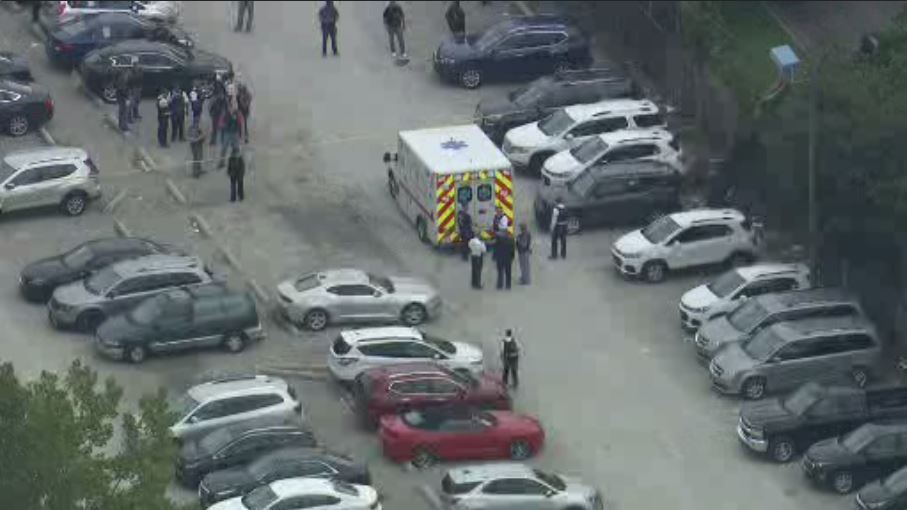 He was taken into custody after a chase and shootout with police near 64th and Bell Saturday afternoon shortly after 3:30 p.m.

Blackman was shot by police, but no officers were injured, according to a CPD spokesman.

After the officer was shot Saturday morning in the 1900 block of West 65th Street, police say Blackman fled the scene and was considered armed and dangerous, according to CPD spokesman Anthony Guglielmi. Sources told CBS 2 the suspect bailed out of a window of the house after shooting at police.

Dep. Chief Brendan Deenihan said officers went door to door to get video while searching for the suspect after Saturday morning's shooting. They found video that showed him go through a vacant lot in the 6400 block of South Hoyne, but he did not appear to leave.

Authorities then went to search the location, Deenihan said, where the Blackman was possibly hiding since the shooting.

"This is when the gun battle ensued," Deenihan said.

Several officers discharged rounds, and Blackman fled over nearby railroad tracks where officers were waiting for him near 64th and Bell, and the shootout continued.

The suspect was struck, suffered a broken femur and was rushed into surgery in critical condition at Advocate Christ Medical Center, Deenihan said.

Deenihan also said Blackman had "eight holes in him" but could not confirm how many gunshot wounds he sustained.

According to police, a 40-year-old CPD officer was shot in the West Englewood neighborhood Saturday morning while serving an arrest warrant regarding the Wednesday shooting of a 28-year-old woman in the Fulton River District. In that case the woman was shot by a man on a bicycle Wednesday in the 200 block of North Milwaukee Avenue.

"It appears that he randomly targeted and shot this poor woman downtown," Deenihan said.

Chicago police said the officer in Saturday's shooting was transported to Advocate Christ Medical Center, and sources say he was shot twice in the groin. Guglielmi said the officer was completing surgery, and his condition was stabilized.

CPD Supt. Eddie Johnson said the officer had the "self awareness to make his own tourniquet while his partners maintained pressure on the gunshot wound on the way to the hospital."

The trauma surgeon on call addressed the media and said the officer had wounds to his left groin as well as two holes in his left lower leg that involved one of the largest veins in the leg. She said the officer came in bleeding to death and was taken right to surgery. The officer also has significant fractures in the leg.

Blood transfusions were started in the emergency room. The surgeon said the officer has been stabilized but will need additional operations.

The Civilian Office of Police Accountability is conducting a comprehensive use of force investigation, Guglielmi said in a release. The officers involved will be placed on routine administrative duties for 30 days.