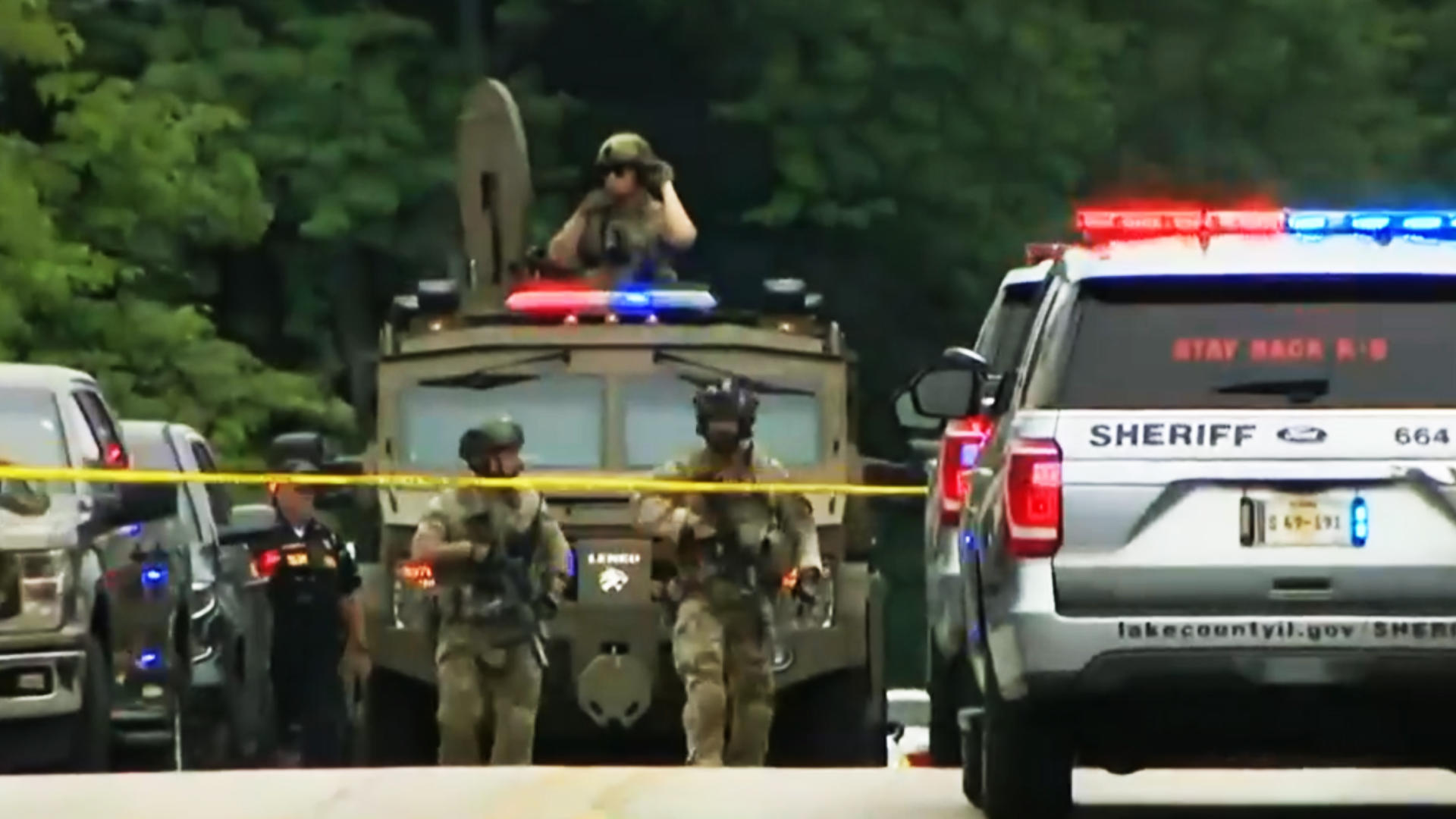 HIGHLAND PARK, Ill. (CBS) – An investigation is underway following a mass shooting at the Fourth of July parade in Highland Park that left multiple people dead and dozens wounded.

Here are three things we know:

2.  Highland Park Police Cmdr. Chris O'Neill confirms that six people are dead and 24 people were wounded in the shooting.

3.  Police said there was only one shooter who is described as a white man between the ages of 18 to 20, with long black hair and a small build wearing a blue or white t-shirt. Police said the suspect was shooting from a roof. A high-powered rifle was recovered from roof of a business. SWAT is going door-to-door and is urging community members to stay indoors. The suspect remains at large and is considered armed and dangerous.

Anyone with video is asked to contact the Highland Park Police Department. Tips and information can also be submitted to the FBI at 1800-CALL-FBI.