Large lines, like one in Dundalk in 2009, cause widespread damage.

Baltimore City's Board of Estimates met to vote on a way to fix that, by raising water rates, approving a 30 percent water rate increase Wednesday morning.

According to the plan, a family of three would see a rise of $8 per month. This includes a 9 percent increase to the stormwater remediation charge. 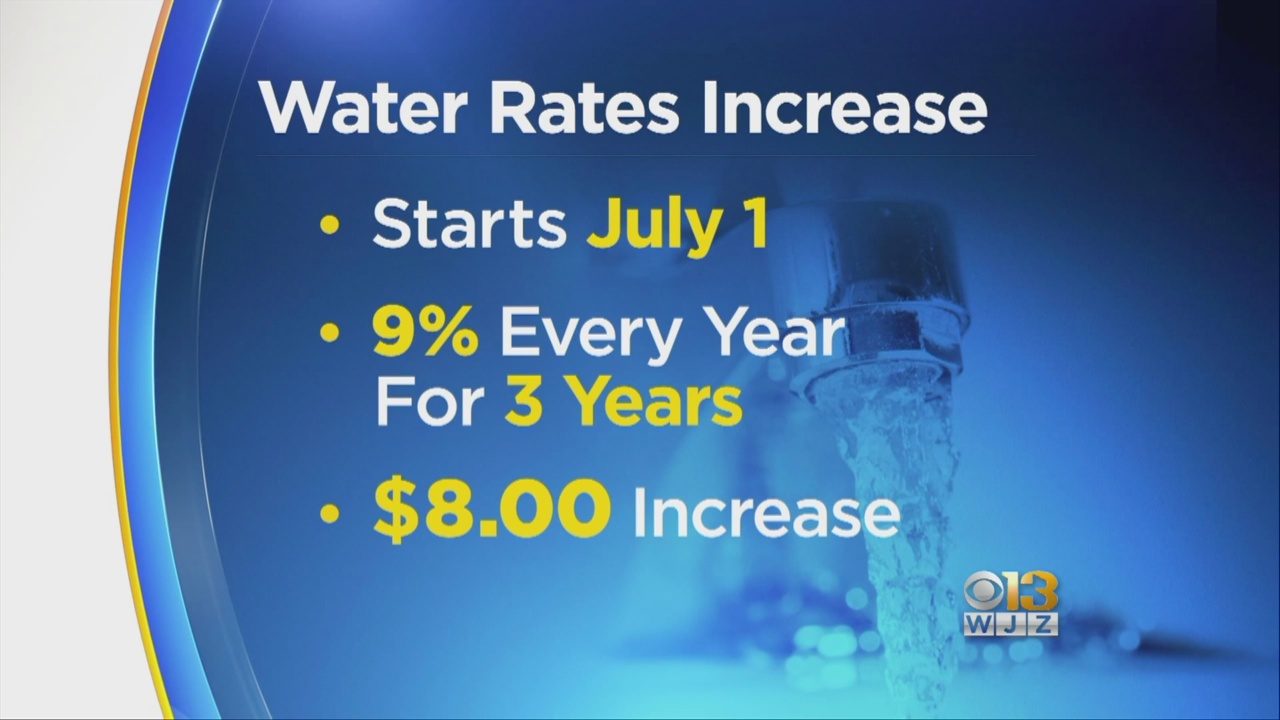 The new rates start July 1.  The City also voted to reduce rates for the lowest incomes.

The rate increases, according to leaders, are needed for upgrades to treatment plants and reservoirs, like the multi-million dollar project to install underground storage tanks in Druid Hill Park.

I voted 'no' on today's water rate increase because I am concerned about the way it will impact those least able to pay. I appreciate DPW's efforts to find solutions, but we are still not there. Water rates have risen through the roof over the last decade  and I have voted no on every increase.

I recognize the City's infrastructure needs are severe but our citizens cannot continue to be asked to foot the bill for all of the work. We have all worked tirelessly to come up with solutions.

I've worked with the Department to increase the Senior Citizen Discount Program and the Low Income Water Assistance Program. I've consistently reached out to our federal government for federal assistance with our water infrastructure needs.

And most recently, I've introduced the Water Accountability and Equity Act to provide a consistent, fair and neutral process to resolve water billing problems for everyone, especially those who are least able to pay. The legislation offers a real affordability program, provides a path out of water debt, and offers forward-thinking protections.

I believe we can work together at all levels of government to come up with solutions.

As an elected official, it is my job to make sure every single Baltimorean has access to safe and affordable water."

Other chimed in on the increase as well.

"This rate hike is outrageous given the long-standing billing issues at DPW. DPW has failed to improve its water billing dispute process or establish a real affordability program. This latest rate hike will only deepen the water affordability crisis facing our community and exacerbate the widespread and persistent water billing issues," said Rianna Eckel, Maryland Senior Organizer at Food & Water Watch. "This decision makes it all the more urgent for the Baltimore City Council to pass the Council President's Water Accountability and Equity Act. I thank the Council President for his leadership on that critical legislation and urge timely passage of the ordinance."

The vote comes just a day after members of the Baltimore City Council and advocates called on the Department of Public Works Tuesday to produce an independent rate study before raising the city's water bills.

"This is a moment for transparency in Baltimore," said Councilman Zeke Cohen. "The public deserves to know why our bills are increasing and where our tax dollars will go."