DUNDALK, Md. (WJZ) -- In just the past two hours, Baltimore County police filed murder charges against 53-year-old Clyde Campbell. He's accused of killing his girlfriend and then hiding her body. An emotional candlelight vigil was held in Dundalk Wednesday night for Dorothy Grubb. Friends and family gathered outside her home to honor the 60-year-old mother.

Meghan McCorkell spoke with the victim's daughter---who has a message for her mother's accused killer.

Kristi Grubb says she wants Clyde Campbell to know that he has taken her family and torn it apart.

Just over a mile away from her home, hidden in a wooded area, police found the body of 60-year-old Dorothy Grubb.

"I feel like it's a nightmare that I'm waiting to wake up from," said Kristi Grubb.

"Last summer he had broken her thumb and she had mentioned many incidents where they would argue all the time and that he had gotten violent," Grubb said. 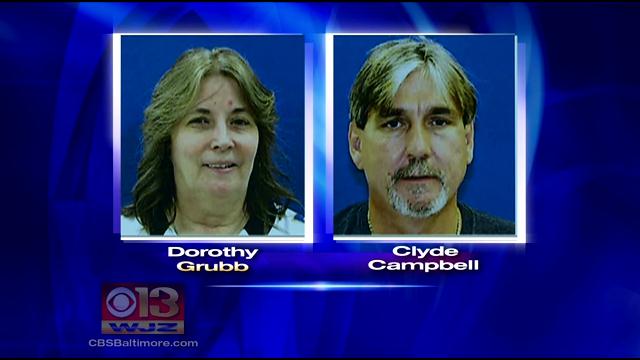 Neighbors along Manor Road in Dundalk also say there was a history of violence between the couple.

Grubb says her mother planned to break up with Campbell---and she has a message for him.

"Every day that you sit in that jail cell, I want you to think about my mom," she said.

Now she struggles to explain to her three-year-old daughter Jasmine why her grandmother is gone.

"She's never going to see her granddaughter graduate high school and we're just going to have to move on without her," she said. "And I don't know how that's even going to be possible."

Clyde Campbell is being held in the Baltimore County Detention Center without bail.

The state medical examiner is conducting an autopsy to determine how Grubb died.