BALTIMORE, Md. (WJZ) -- Two men were arrested when troopers found nearly 1,000 pounds of marijuana in the back of a U-Haul van during a traffic stop on Interstate 95 in Cecil County Monday night, authorities said.

Troopers stopped the van on the northbound exit ramp from I-95 to southbound Route 279 just after 8 p.m. for an unspecified traffic violation, according to the Maryland State Police.

After noticing something wasn't right, a trooper brought out a drug-sniffing dog, which alerted to the presence of drugs, police said. A subsequent search of the vehicle found approximately 938 pounds of marijuana in the cargo hold.

Authorities say it might be the largest marijuana bust ever made in the area.

"We're thinking it probably is the largest, if not it's definitely up there," said Lt. Daniel Everett, Maryland State Police JFK Highway Barrack, who said the estimated street value is $5,000 a pound.

The driver and passenger, identified as Baojie Chen, 23, and Da Fen Xiong, 23, both of Philadelphia, Pennsylvania, were taken into custody. 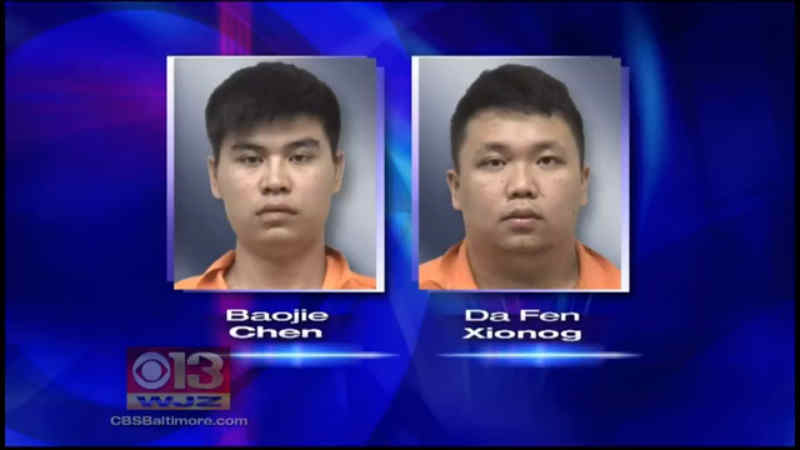 It wasn't immediately clear whether either man had an attorney.