BALTIMORE (WJZ) -- The police response to after-hours swimmers in Baltimore City-owned pools has attracted attention, partially because the police department's helicopter is sometimes used as a tool to clear the pool.

Baltimore Police Department Commissioner Michael Harrison defended the use of the helicopter to patrol city pools during the tail end of a Fourth of July press conference on Friday.

"Our helicopters fly over our city and check on all of our pools," he said.

The department's helicopter, commonly known as Foxtrot, is being used for daily infrastructure checks and to prevent swimmers from drowning, department spokesperson Lindsey Eldridge said.

Cohen informed residents via social media on Thursday that he planned to discuss their concerns with Baltimore police and city officials.

"I've asked BPD not to use their helicopter to chase away kids at the pool. Repeatedly," Cohen said. "While I do worry about the safety of children swimming at night without a lifeguard, this ain't it. Totally excessive. I'm meeting w BPD and Rec and Park next week and plan to address this."

Eldridge explained on Friday why Foxtrot had flown over the Patterson Park Swimming Pool.

"At approximately 8:30 p.m., Foxtrot observed about 20 individuals inside the Patterson Park pool, hours after it was closed," she said. "Officers informed the individuals that there were no lifeguards on duty and for their safety ordered the individuals to exit the pool."

City pools are open all week long with varying hours on the weekdays and weekends. All of the pools are closed after 6:30 p.m. 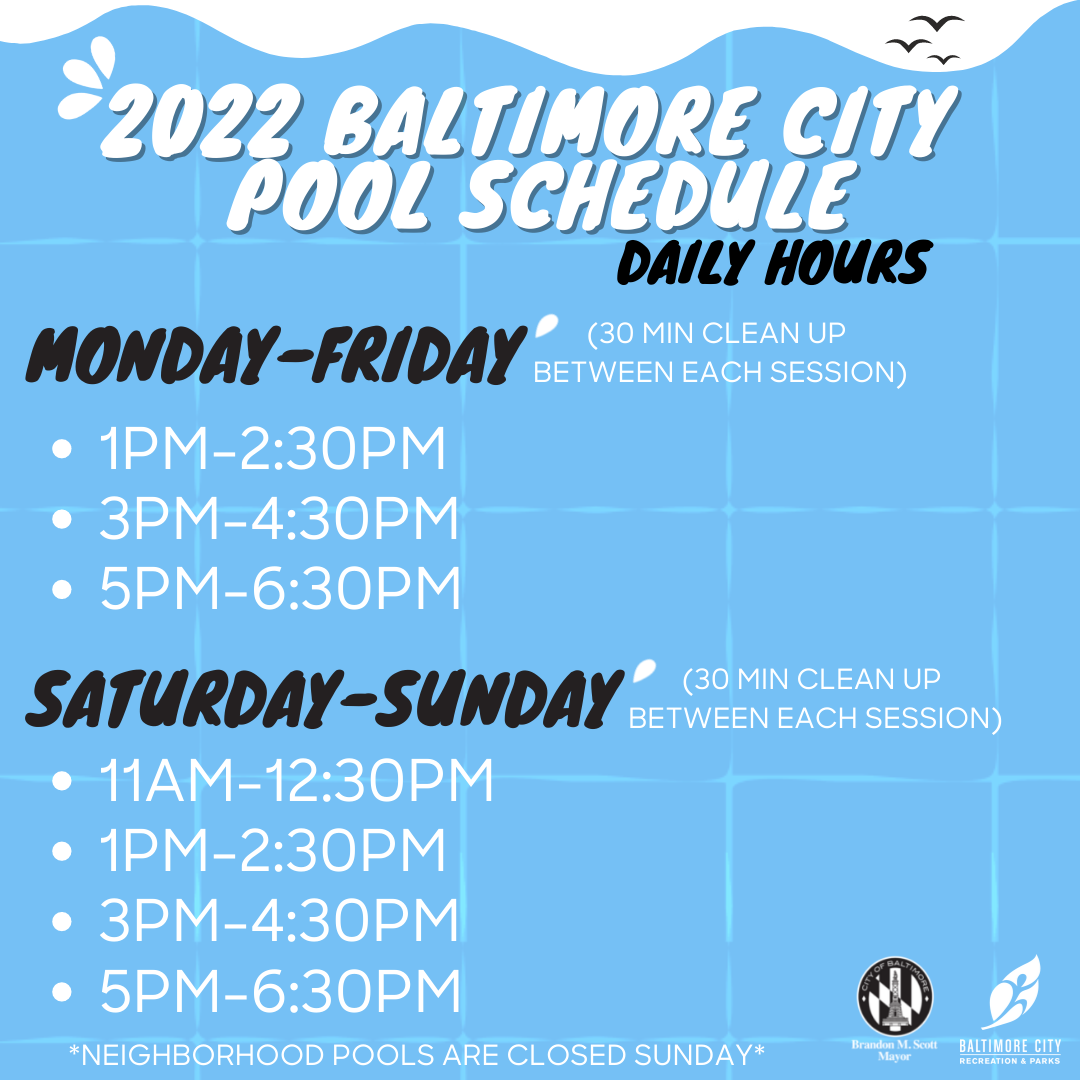