BALTIMORE (WJZ) -- Maryland is gearing up to see one of its biggest winter storms in years.

WJZ's Weather Team is tracking this system that could bring up to a foot of snow to Baltimore.

Winter storm warnings go into effect at 4 a.m. on Sunday, and much of the state is included within the warning territory, with the exception of a few Eastern Shore counties, and those areas are under a winter weather advisory.

Maryland Weather: Up To A Foot Of Snow Possible In Baltimore, Winter Storm Warning Issued For Sunday 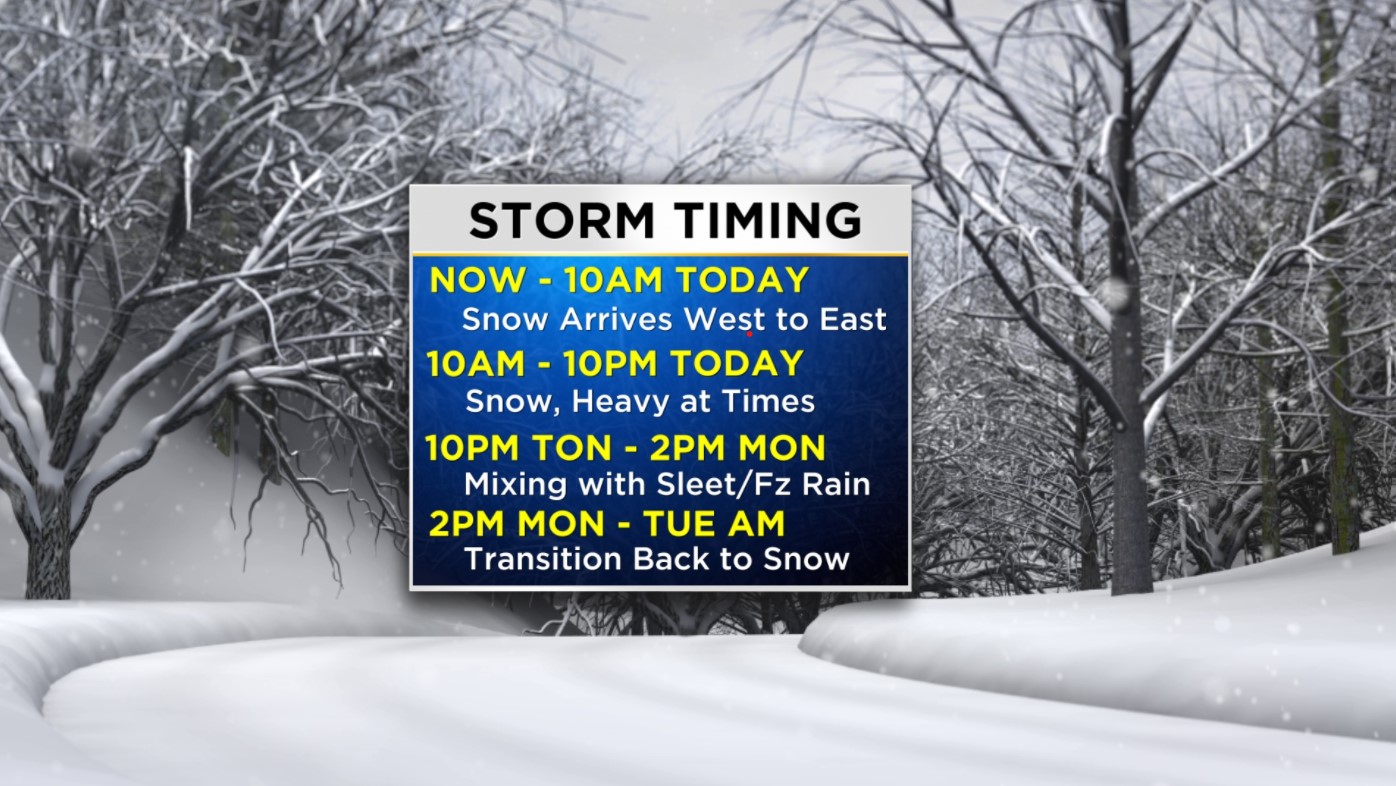 Here's a timeline of the storm:

Sunday, afternoon & early evening: The steadiest snow will fall Sunday afternoon into the early evening. Up to 5 inches of snow is expected in some areas, higher in areas north and west, as the slow-moving storm moves through the state.

Sunday night: Light snow will mix with sleet and freezing rain later Sunday evening. Drivers should take caution on the roads as ice may form following the snowfall.

Monday night: Snow could last into the night and ice could again be a problem overnight.

Tuesday morning, Feb. 2: Some flurries and a snow shower could even linger into Tuesday.

Motorists should be aware that visibility may be reduced to one-half miles at times during heavy snowfall.

Stay up-to-date with the latest forecast by downloading the WJZ weather app.
https://twitter.com/MartyBassWJZ