BALTIMORE (WJZ)—Six Baltimore officers were charged in the arrest and death of 25-year-old Freddie Gray after he suffered a fatal spinal cord injury during his arrest back on April 12, 2015.

This timeline of information was provided by the Baltimore Police Department, in court testimony and statements made by Baltimore City State's Attorney Marilyn Mosby.

Detailed Timeline of Freddie Gray's Arrest on the Morning of April 12, 2015

After making eye contact with Lt. Rice, Mr. Gray and another man ran from police.

"Lt. Rice  then dispatched over departmental radio that he was involved in a foot pursuit," said Mosby.

At this point Officers Miller and Nero began to pursue Mr. Gray.

Prosecutors for the first time in the Rice trial changed their theory and say no eye contact was made—that Rice simply chased Freddie Gray.

"Lt. Rice chose to begin a chase with Freddie Gray even though there was no eye contact...He chose to chase him because he was running," said prosecutor Jan Bledsoe during closing arguments.

"Having come in contact with the pursuing officers, Mr. Gray surrendered to officers Miller and Nero in the vicinity of the 1700 Block of Presbury St.," Ms. Mosby said. "Nero and Miller handcuffed Mr. Gray and then moved him a few feet away from his surrendering location. It was at this time that Mr. Gray indicated that he could not breathe and requested an inhaler to no avail."

Officer Miller later testified in Officer Nero's trial that he was the only one who handcuffed Freddie Gray contrary to initial statements made by Mosby.

Gray was placed in a seated position and police subsequently found a knife clipped to the inside of his pants pocket.

"The knife is not a switch blade and lawful under Maryland Law," said Mosby. "Gray was then placed back down on his stomach at which point Gray began to flail his legs and scream as Officer Miller placed Gray in a restraining technique known as a leg lace."

During Officer Nero's trial, prosecutors went back on their assertion that the knife was legal. This issue remains a source of debate throughout this case.

Police say minutes after his arrest officers called for a prisoner transport van. Officer's say a crowd was growing on the day of the arrest and that the police van was called to get out as quickly as possible.

During Lt. Rice's trial, Officer Nero testified that Gray was being uncooperative as an angry crowd grew--they need to get out fast.

Video obtained by WJZ from the scene shows his arrest.

Officer Nero was  found not guilty on all charged against him on May 23, 2016.

Gray was loaded into the police wagon.

"Upon arrival of the transport wagon driven by Caesar Goodson, Lt. Rice, Officer Nero and Officer Miller loaded Mr. Gray into the wagon and at no point was he secured by a seatbelt while in the wagon contrary to a BPD general order," said Mosby.

Police say Gray was acting irate. The van stopped and Gray is placed in leg shackles and repositioned in the van.

Lieutenant Rice's defense says a crowd around the van made the situation dangerous for officers.

"He wasn't wrong. What he did was professional, correct, right and reasonable," said Rice's attorney, Michael Belsky on his client failing to seat belt Gray.

Belsky said Rice had to make a split-second decision, "time is not a luxury."

Prosectors say the Rice failed to seat belt Gray because he was angry at Gray for yelling during his arrest and saying his handcuffs were too tight.

"To justify his actions, he blames the community. He blames the space in the wagon... He had the power and control to punish and humiliate Freddie Gray," said Janice Beldsoe.

Officer Goodson stopped the van at Fremont Avenue and Mosher Street and went back to observe Mr. Gray. "Despite stopping for the purpose of checking on Mr. Gray's condition, at no point did he seek nor did he render any medical assistance for Mr. Gray," Mosby said. "With Mr. Gray still unsecured by a seatbelt, Officer Goodson returned to the driver's seat and continued on to Central Booking, said Mosby.

Prosecutors question why Goodson never reported this stop to dispatch. 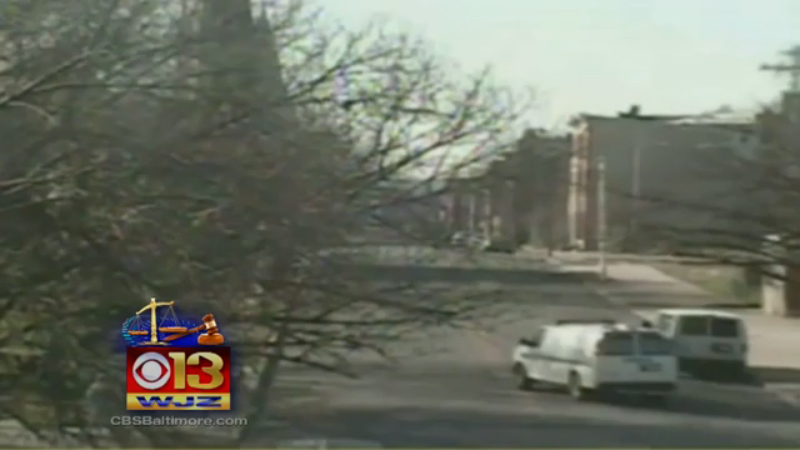 Goodson called into dispatch that he needed to check on the status of his prisoner and requested for additional units.

According to Mosby's statements, Officer William Porter arrived on the scene near Dolphin Street. Both Goodson and Porter proceeded to the back of the wagon to check on the status of Mr. Gray's condition.

"At that time Mr.Gray requested help and indicated that he could not breathe," said Mosby. "Officer Porter asked Mr. Gray if he needed a medic at which time Mr. Gray indicated at least twice that he was in need of a medic."

Mosby's statements are debatable. Goodson's attorneys claim he never spoke to Gray saying that Officer Porter did the welfare check.

"Porter then physically assisted Gray from the floor of the van to the bench," said Mosby. "However, despite Mr. Gray's appeal for a medic both officers assessed Mr Grays condition and at no point did either of them restrain Mr. Gray per BPD general order, nor did they render, or request medical assistance."

In court, Officer Porter has testified that Gray said, "help me, help me up."

Porter says he asked Gray if he needed a medic, or go to the hospital, and Gray said,"yes."

During the status check there is a urgent call over departmental dispatch to pick up an additional suspect in the 1600 block of W. North Avenue. Porter leaves Dolphin St. stop to assist in Donta Allen's arrest.

"Despite Mr. Gray's obviously and recognized need for medical assistance, Officer Goodson—in a grossly negligent manor—chose to respond to the 1600 block of W. North Ave. with Mr. Gray still unsecured by a seat belt in the wagon without rendering to, or summonsing, medical assistance to Mr. Gray," Mosby said.

Goodson arrived  to transport Allen at North Ave and Pennsylvania Ave. "at which time he was again met by Officer Nero, Miller, Porter and Lt. Rice," said Mosby. "Once the wagon arrived Officer Goodson walked to the back of the wagon and again opened the doors to the wagon to make observation of Mr. Gray."

"Sgt. Alicia White, Officer Porter and Officer Goodson observed Mr. Gray unresponsive on the floor of the wagon," said Mosby. "Sgt. White, who was responsible for investigating two citizens complaints pertaining to Mr. Gray's illegal arrest spoke to the back of Mr. Gray's head. When he did not respond she did nothing further, despite the fact that she was advised that he needed a medic. She made no effort to look, or assess, or determine his condition."

Officer Porter has denied Gray was "unresponsive" at this stop and that he was able to speak and indicated that he still needed help at this stop. Porter says told Sgt. White that Gray needed medical help.

No medic was called.

Officer Goodson was acquitted of all charges against him on June 23, 2016.

"You can hear loud banging, You can hear the grate being kicked, also the sides. You can see it rocking," said Officer Nero during previous testimony.

Nero says in his four years on the force he's never seen a van rock like that.

Donta Allen is loaded into the van and Goodson drives to the Western District Police Station.

"Goodson then proceeded to the Western District Police Station where contrary to the BPD general order, he again failed to restrain Mr. Gray in the wagon for at least the 5th time," said Mosby.

Allen is then loaded, escorted into the police station "prior to attending to Mr. Gray," Mosby says.

By the time officers attempted to removed Gray from the wagon he was no longer breathing.

A medic was called to the scene where upon arrival the medic determined that Mr. Gray was in cardiac arrest and was critically and severely injured.

Paramedic Angelique Herbert said during testimony in the Goodson trial that Gray's neck "felt like a crumbly bag of rocks."

Herbert recalls asking officers, "what the F did you guys do?"

Gray was rushed to University of Maryland Shock Trauma where he underwent surgery. Gray died a week later on April 19, 2015

Prosecutors contends that Gray's injuries happened at Stop 3/4. The defense believes Gray's injures happened later at Stops 5 where police did call for a medic.

Ammerman says Gray's injuries happened all at once and did not progress overtime as the State contends.

The Maryland State Medical examiner deemed his death a homicide.

"The manor of death deemed to be a homicide is believed to be a result of a fatal injury while Mr. Gray was unrestrained by a seat belt in custody of the Baltimore Police Department wagon," said Mosby.

Assistant Medical Examiner, Dr. Carol Allan testified in court that she never thought the death was accidental, but the lead police investigator said she expressed that view several times in meetings with authorities investigating the case.

While the homicide finding came under scrutiny in court Dr. Allan says she stands by it.